Toll Freight Aviation Metro III VH-UZW reportedly hit several birds at Rockhampton Airport while on the runway early on Wednesday 9 April.  It had arrived from Brisbane as TFX162, and was reportedly on its take off roll for Mackay.

As shown below, VH-UZW remained parked on the Southern end of the Rockhampton Airport apron while checks were undertaken on the Metro. 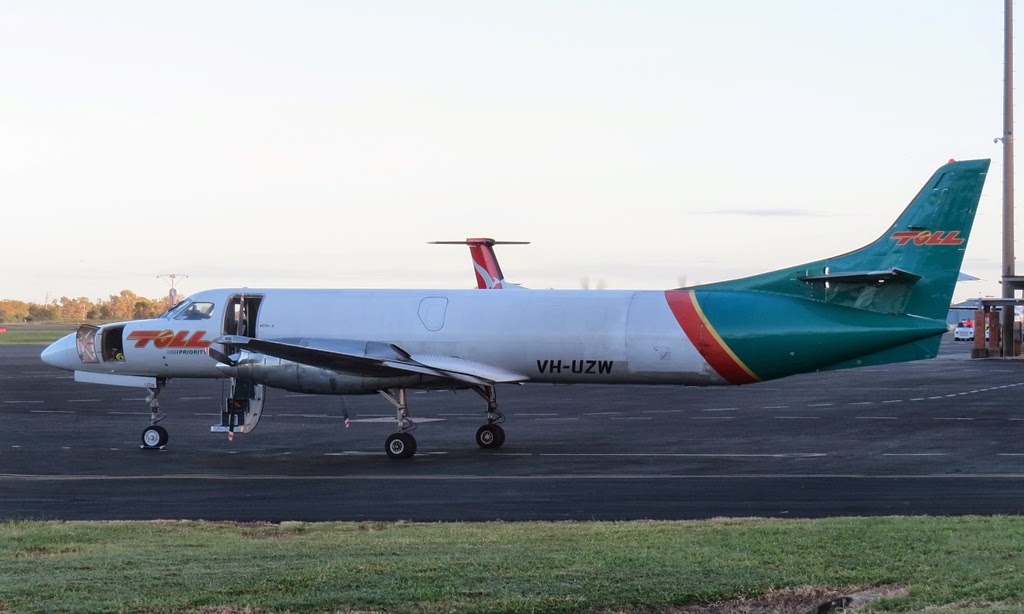 The bird strike left "lots of debris on the Runway" as was heard on the Rockhampton Tower radio frequency.  Both safety officers and fire tenders were summoned to clear the runway.

VH-UZW has since departed Rockhampton for Mackay, continuing the now delayed TFX162.  It has re-entered service with Toll, operating back to Rockhampton and onto Brisbane as TFX161.

Thanks to 'IAD' for the photo and report!