Over the course of this week, Clermont has seen an unusually large amount to medical evacuation aircraft to call into the local airport and hospital. 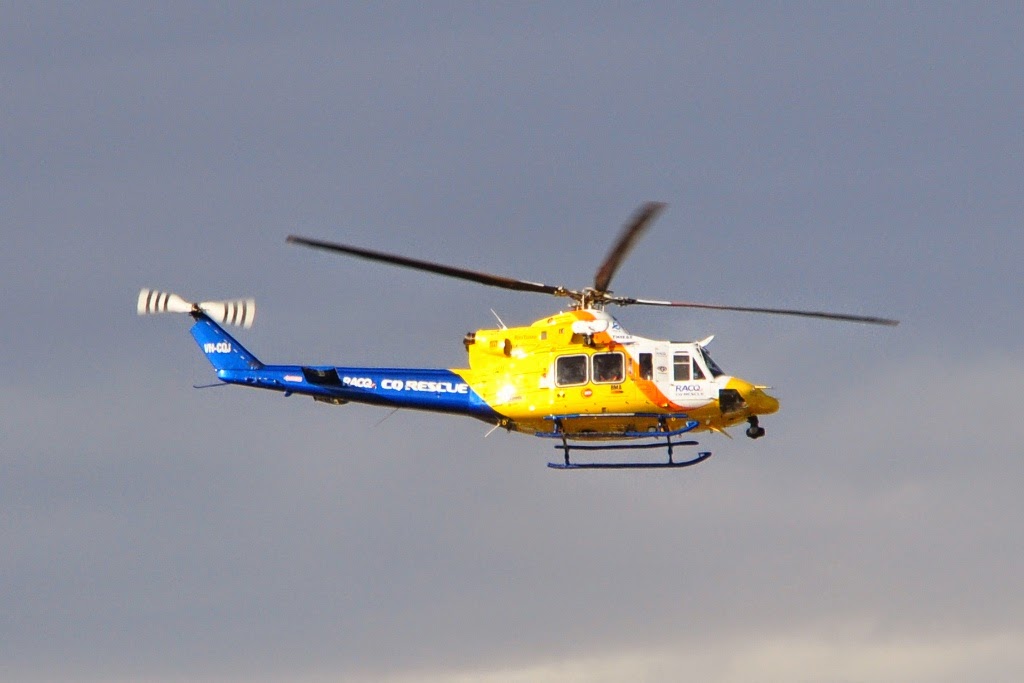 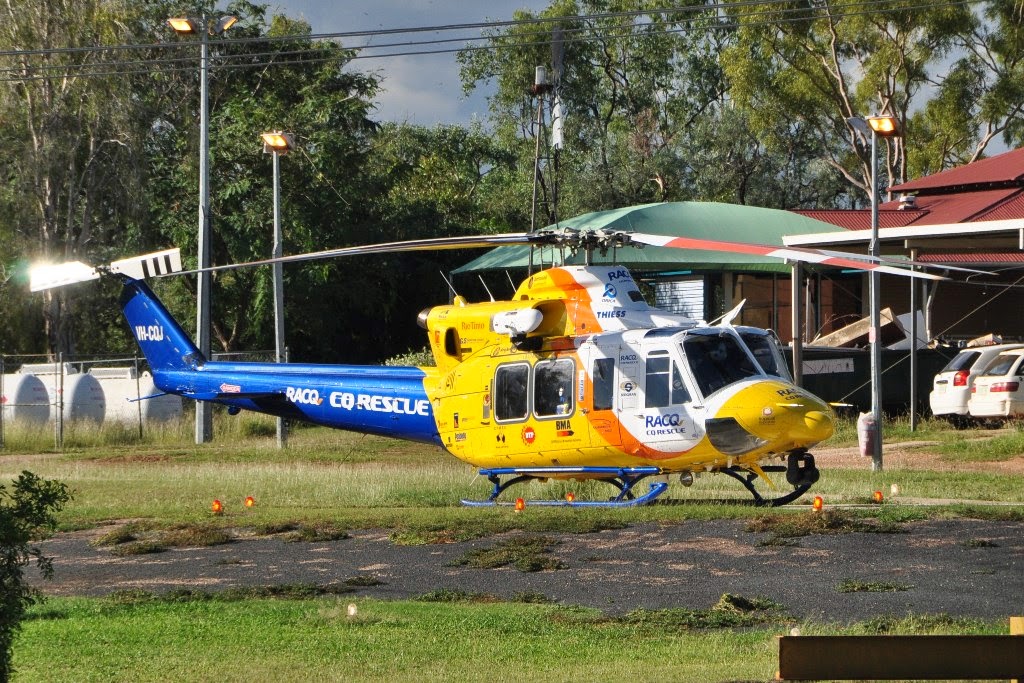 On a side note, with both CQ Rescue choppers tasked on missions, I noted that Emergency Management Queensland (EMQ) (State of Queensland) Bell 412EP VH-ESB flew into Moranbah from Townsville Thursday 17 April.  It departed direct to Townsville Hospital.

Finally, its always good to remind followers that both the RACQ-CQ Rescue Helicopter Service and the RFDS are both valuable community services that serves a vast area of not only Central Queensland, but Australia-wide for the RFDS. Donations to both organisations are welcomed all year round.  To make a donation visit...

The RFDS website (http://www.flyingdoctor.org.au/).
Posted by Damian F at 7:46 PM