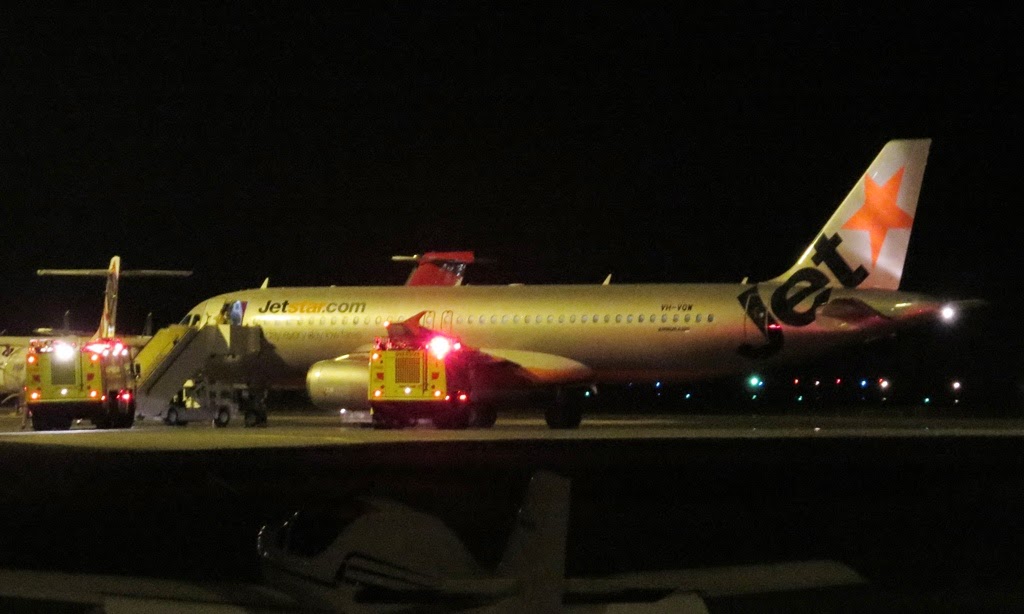 Jetstar Airways Airbus A320 VH-VQW was forced to make an emergency landing at Rockhampton Airport late on Sunday 6 April after smoke and fumes were reported in the cockpit. 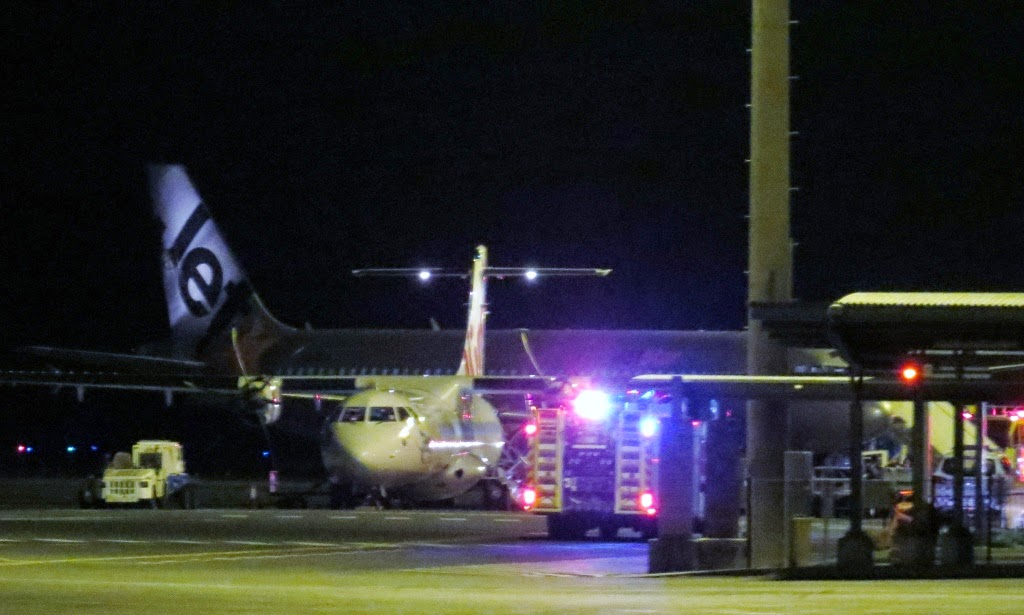 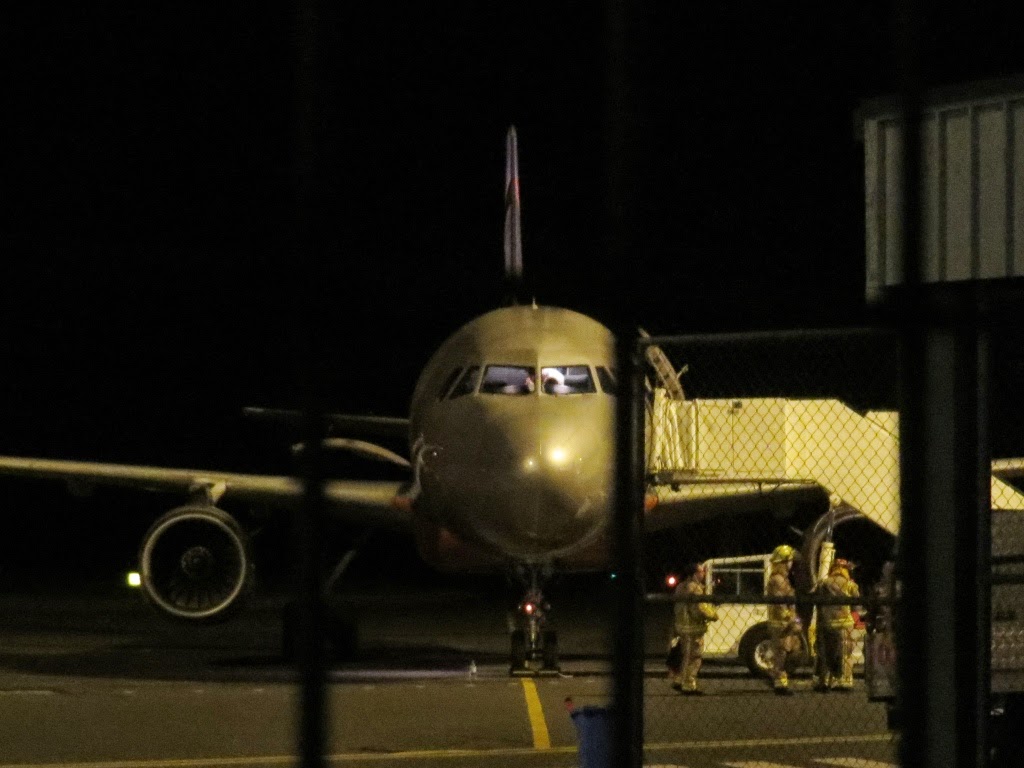 VH-VQW was operating as JST959 from Cairns to Sydney when smoke and fumes were reported in the cockpit near Rolleston.  The aircraft immediately diverted to Rocky, where the A320 landed safely with all emergency services on stand-by. 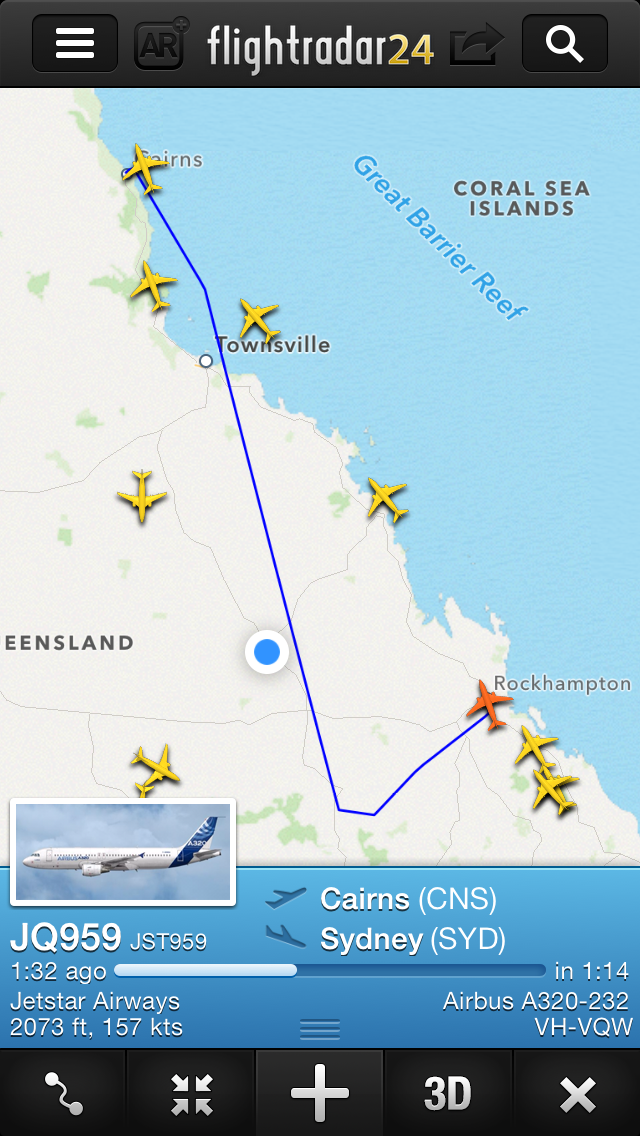 The passengers were being bussed to motels for the night, while VH-VQW remained parked on the Northern end of the Rockhampton Airport parking apron. 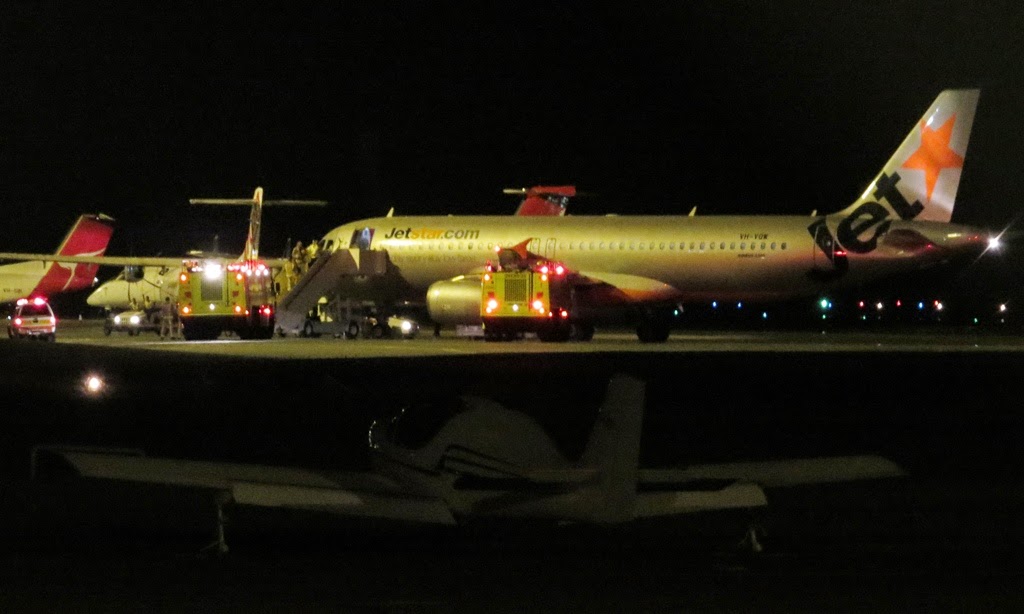 Thanks to Kayanne H for capturing these great photos and sending them through!

All photos taken by Kayanne Hardsman  ©
Posted by Damian F at 7:21 AM