Brisbane-based plane spotter Brendan B travelled to Emerald this week and has kindly sent through some great plane spotting photos from Tuesday 29 April and Wednesday 30 April - both days being possibly the busiest days during the week at the Airport.

One of the highlights on a Wednesday at Emerald Airport is the visit by an Alliance Airlines Fokker jet on the weekly Fly-in Fly-out (FIFO) charter from Brisbane.  On Wednesday 30 April, Fokker F-70 VH-QQR had the duty of flying into Emerald as UTY1070.  It later departed back to Brisbane as UTY1071. 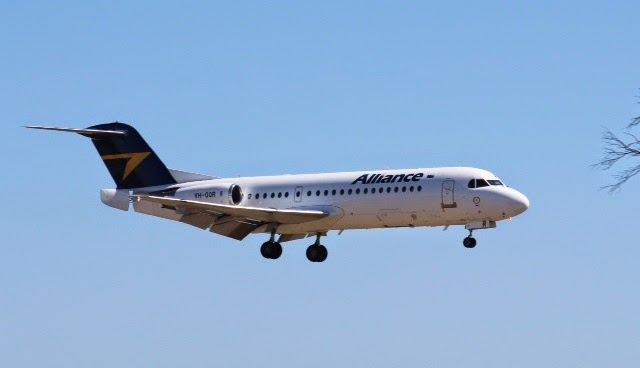 As mentioned on our Facebook page, later on Wednesday 30 April, Regional Express (REX) / Pel Air SAAB 340B VH-ZLO also operated a FIFO charter into Emerald Airport from Brisbane, touching down as PFY9286. 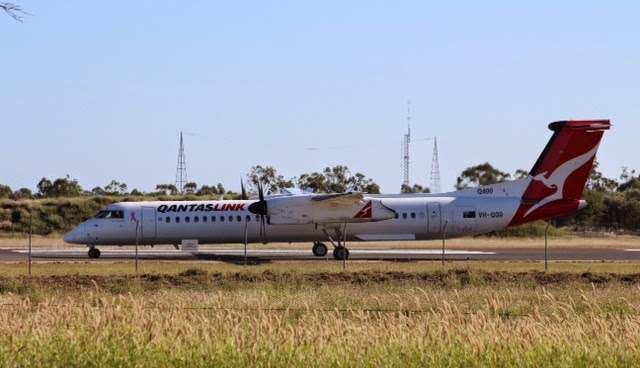 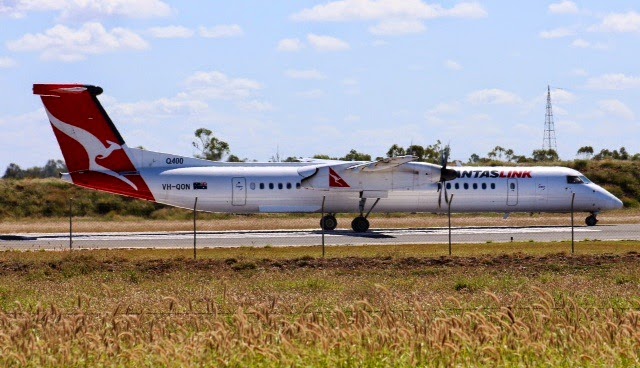 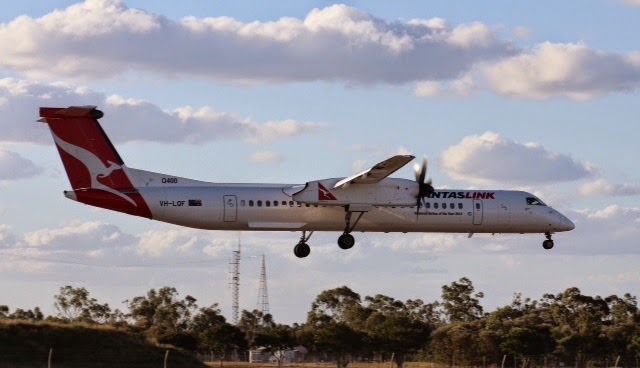 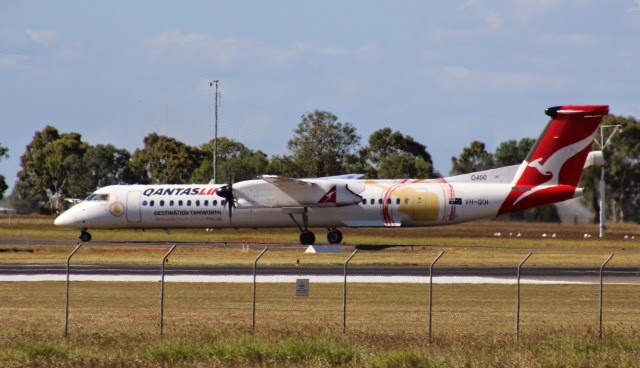 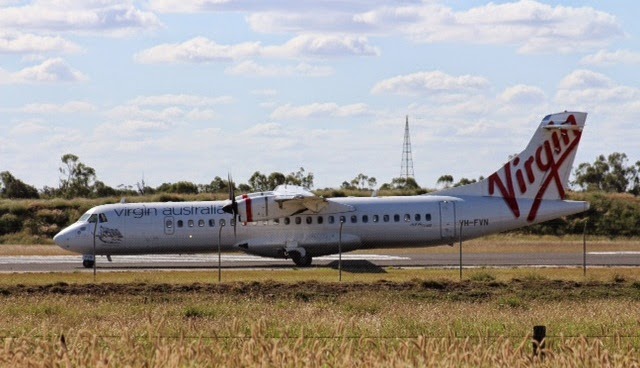 On Wednesday 30 April, Brendan also captured some of the 'other' movements into Emerald Airport including Toll Express Freight Metro III VH-UZG as it rested during the day before departing later that evening to Biloela / Thangool and Brisbane. 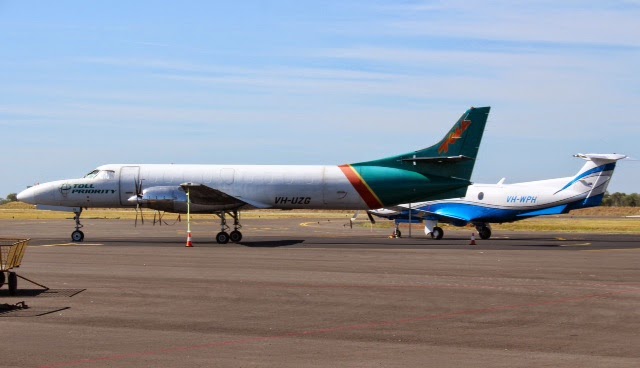 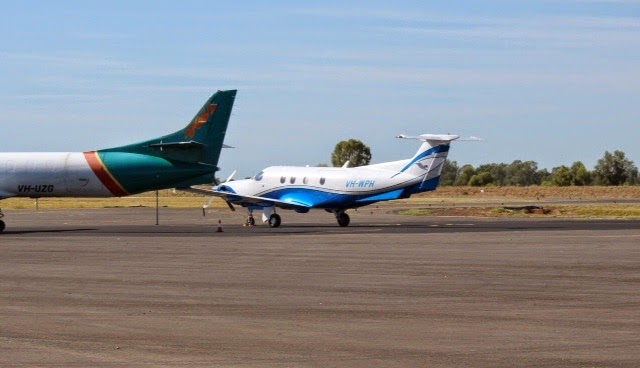 Along with Gold Coast-based Gulfstream Aerospace (AeroCommander) 695-A JetProp 1000 VH-LMC which was captured by Brendan as it departed for Weipa. 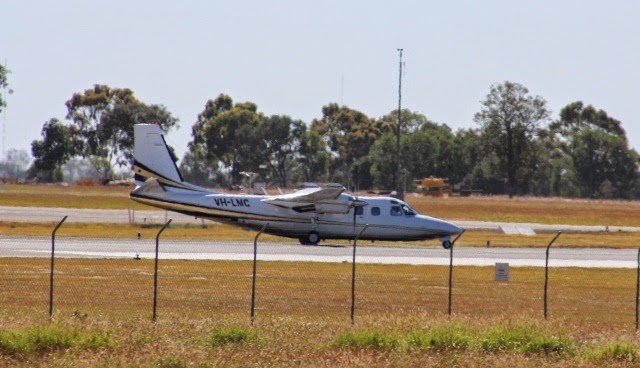 Finally, as the sun was getting lower in the sky, Advance Aviation's Piper PA-32R-301 Saratoga VH-LPW was captured as it (presumably) arrived from Barcaldine and Longreach on the week-daily freight run from the Central West. 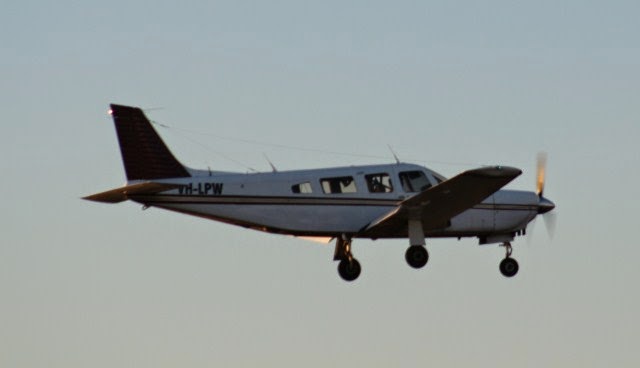 Some great photos, and we sincerely thank Brendan for sending them through!

All photos taken by Brendan Berry  ©
Posted by Damian F at 9:32 PM