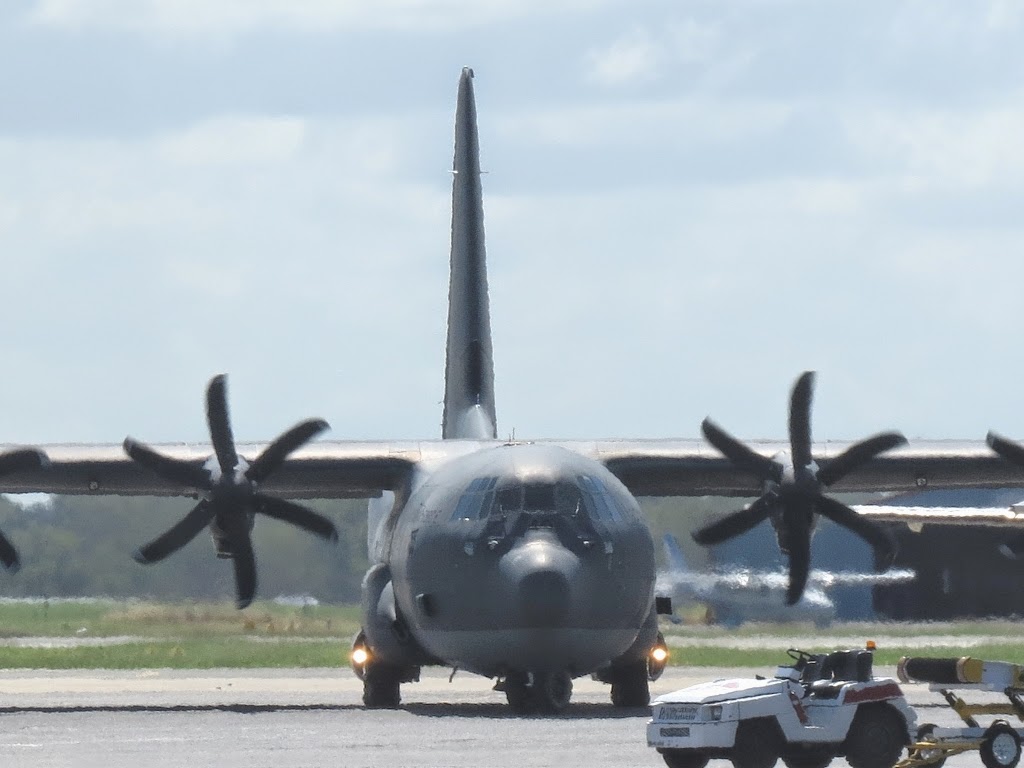 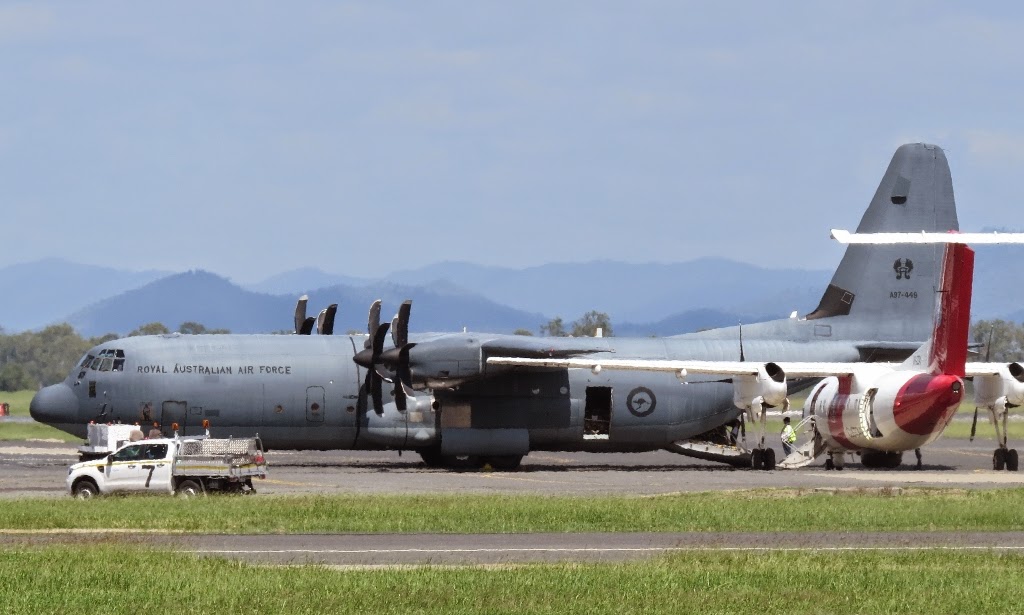 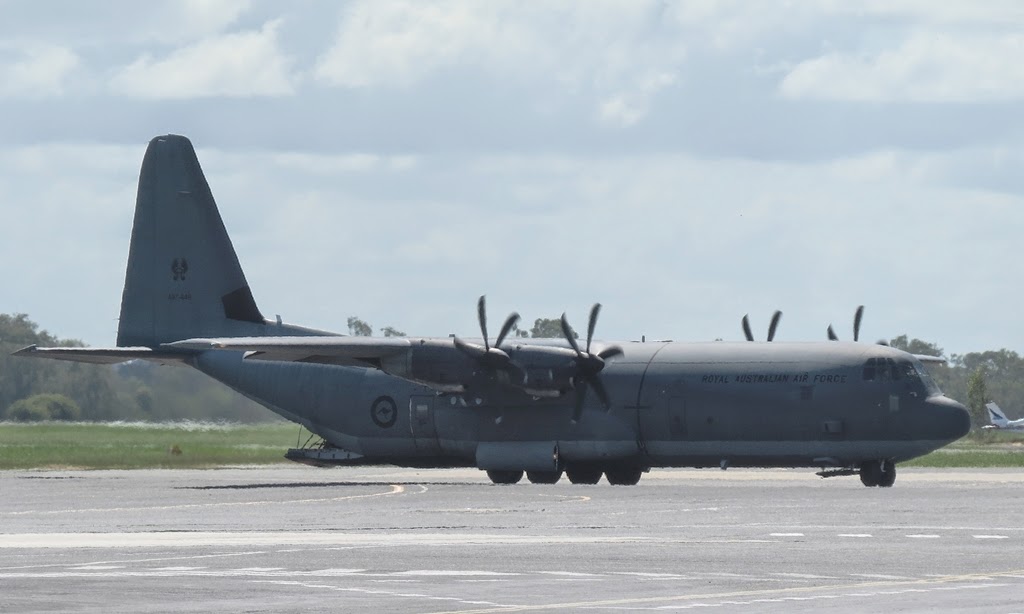 After boarding a load of troops, the Herc departed Rocky for the Sunshine Coast.  It was heard to be using the radio callsign of "Trojan 10". 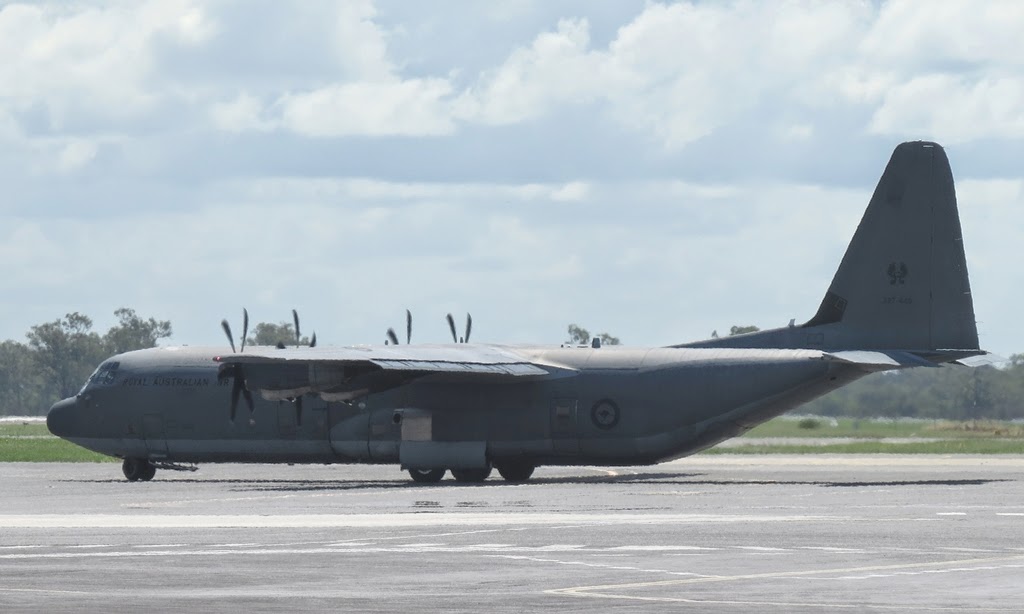 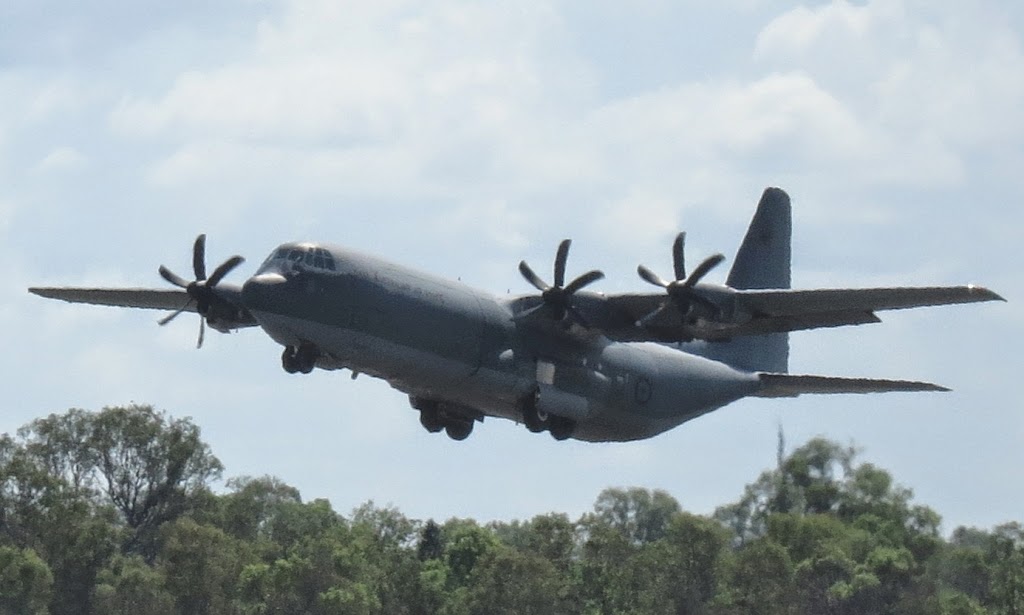 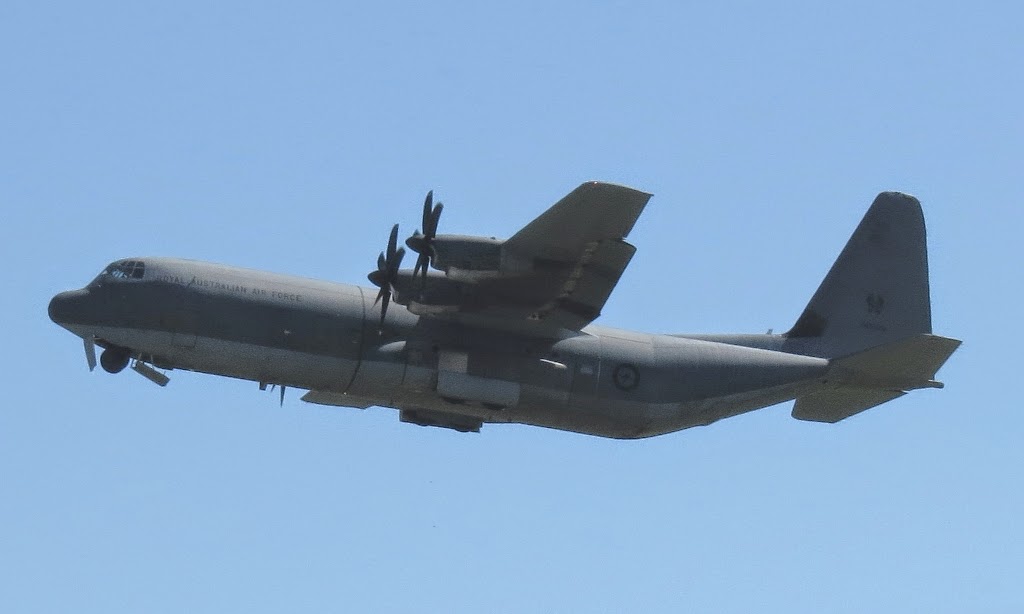 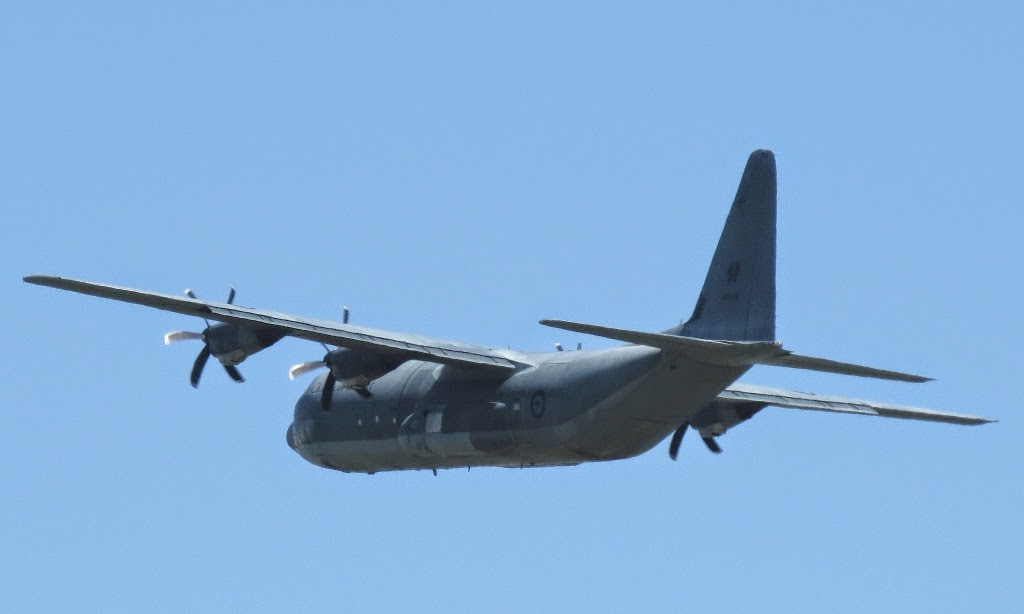 It's believed the Herc popped in to transport the troops 'home' after possibly participating in recently held exercises in the Shoalwater Bay Training Area (SWBTA).

Meanwhile, departing Rockhampton Airport about the same time as the Herc on Saturday 5 April was Surveillance Australia / Australian Customs and Border Protection Service (Cobham Aviation) Dash-8-202 VH-ZZA, which departed on a sortie from Rocky as "Customs 11". 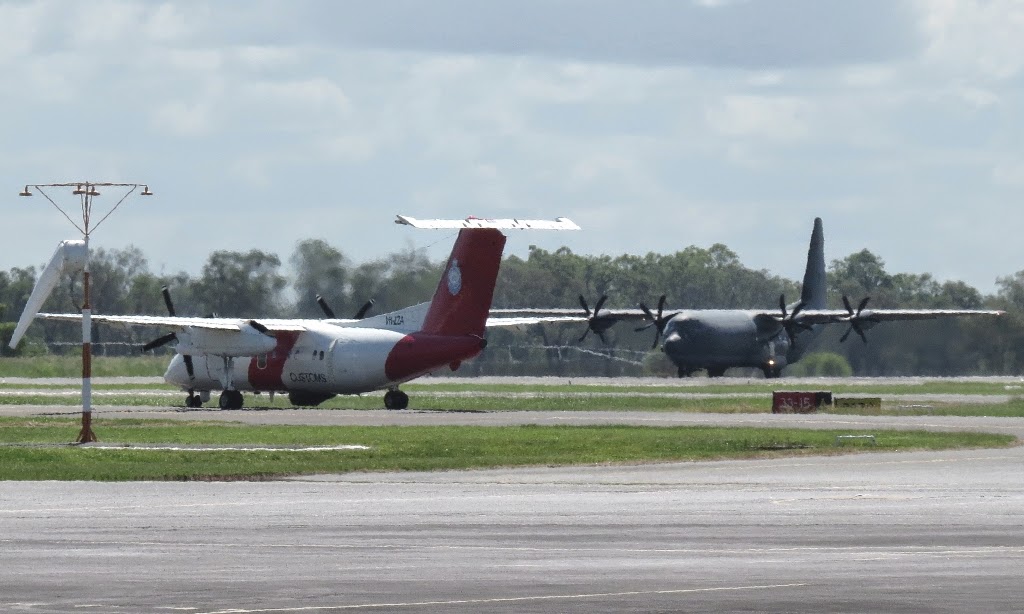 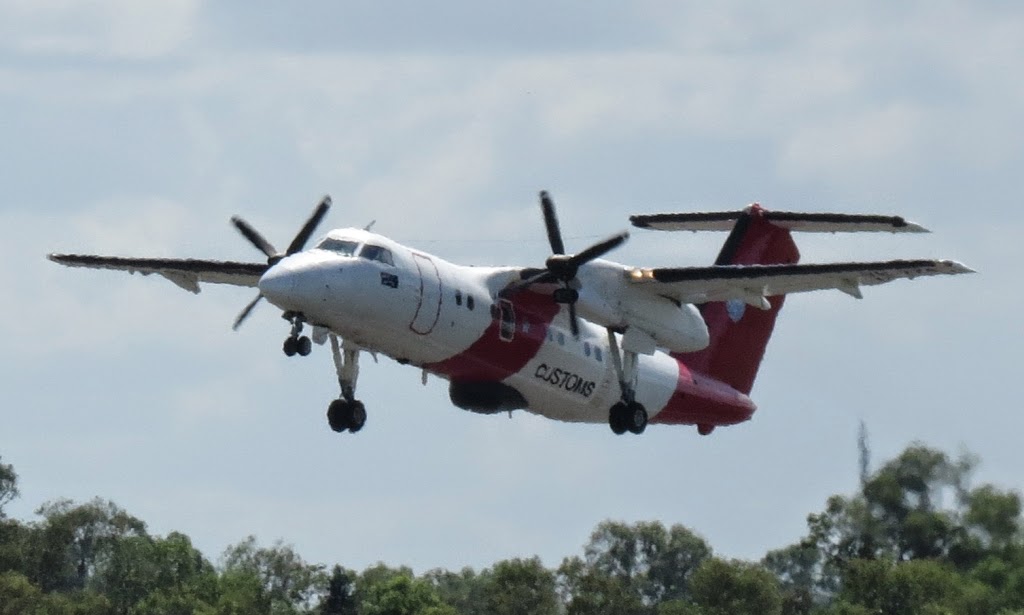 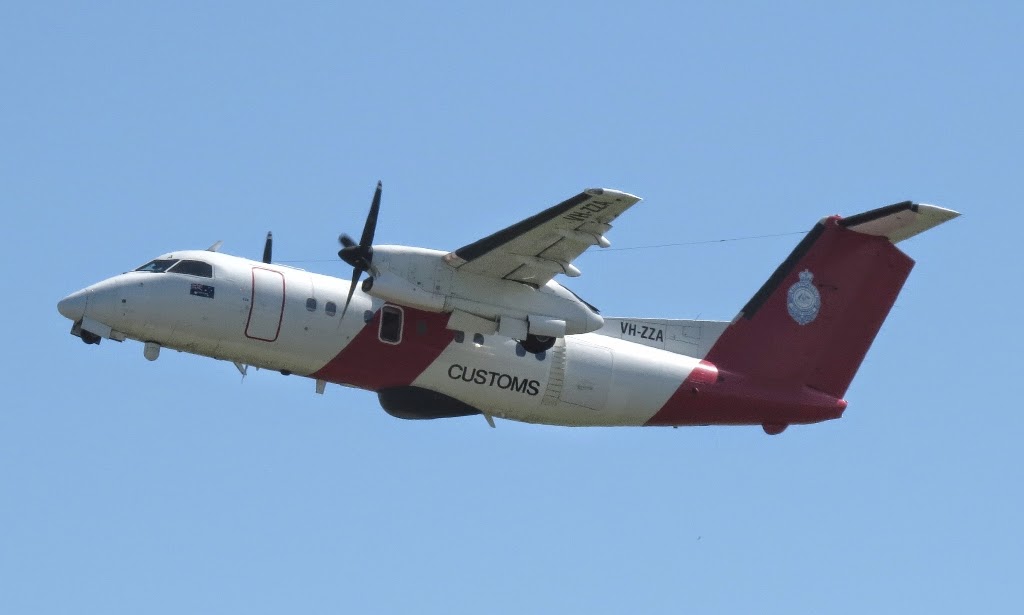 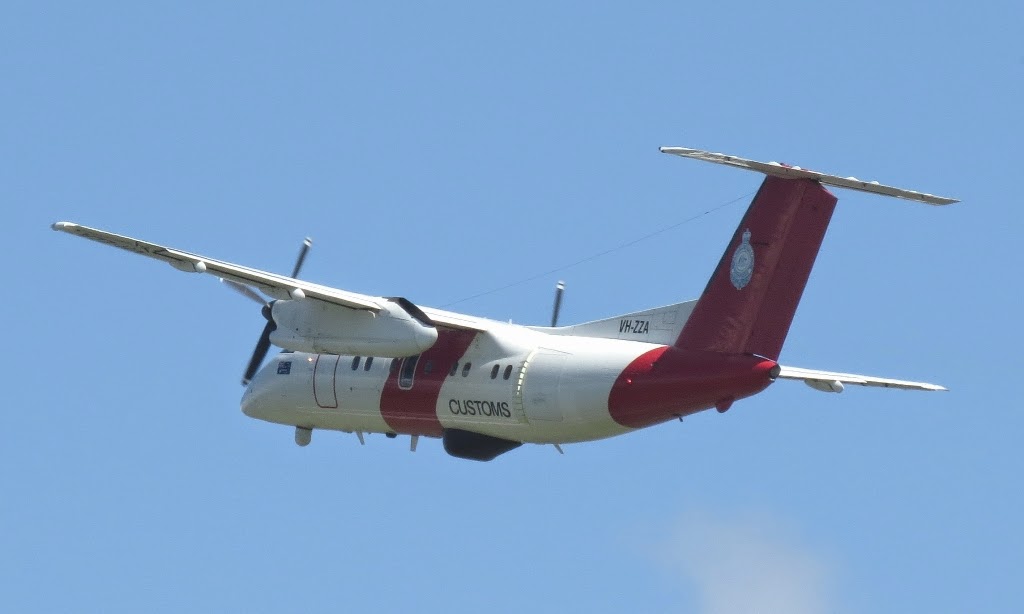 Some great photos captured by 'IAD' on Saturday, and we sincerely thank him for capturing them and taking the time to send them through!