The RAAF King Air was noted to depart Townsville, and following its airwork at Rockhampton, it continued South to Amberley.  As shown below, it was using the radio callsign "Dingo 36". 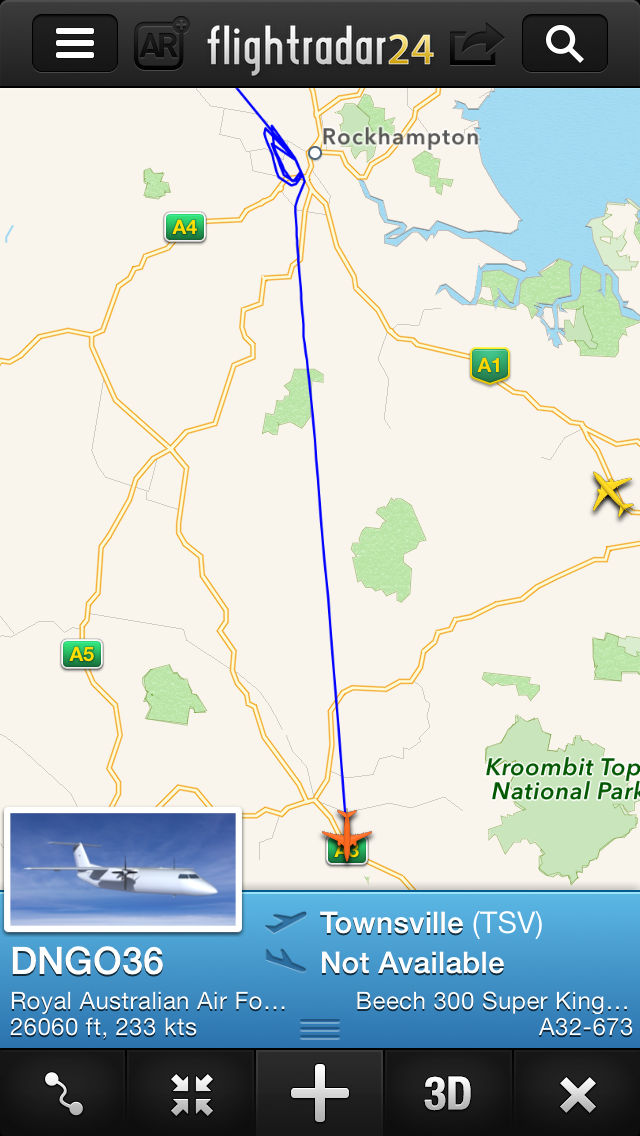 A32-673 is one of a handful of RAAF King Airs that have visited Rocky and conducted similar airwork over previous weeks.

Photo taken by Kayanne Hardsman  ©
Posted by Damian F at 8:16 AM