As we mentioned below, Brisbane-based Cessna 525A CitationJet2 bizjet VH-MOR called into a couple of CQ Airports on Friday 1 April.  It initially called into Biloela / Thangool Airport from Archerfield before flying onto Gladstone Airport where it conducted some practice ILS approaches.  It then continued to Rockhampton Airport where local plane spotter 'IAD' was on hand to capture a couple of photos of its arrival. 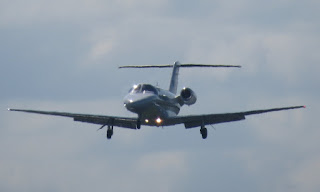 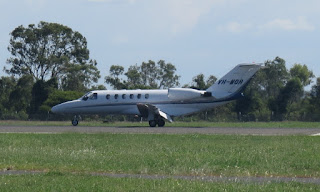 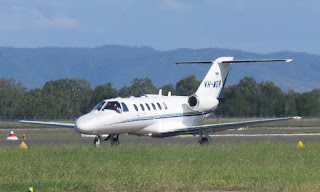 Updating our previous post, it is believed that VH-MOR departed back to Archerfield a little later on Friday 1 April.