Townsville plane spotter Dave popped into the Proserpine / Whitsunday Coast Airport last Thursday 7 April and managed to capture some great photos of a couple of the daily regular passenger transport (RPT) services to call into the beautiful Whitsundays. 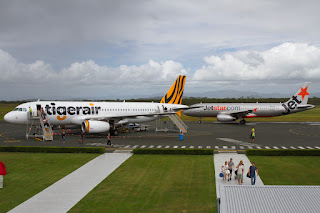 Jetstar Airways Airbus A320 VH-VGI was spotted by Dave it operated the JST830/833 service from and back to Brisbane. 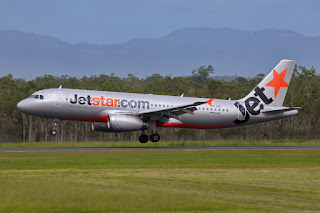 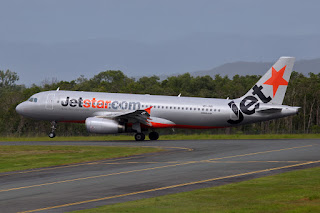 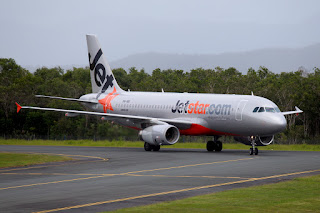 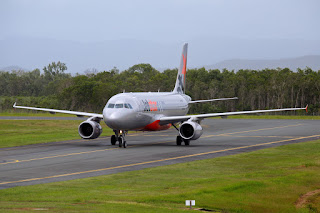 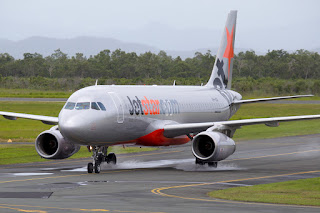 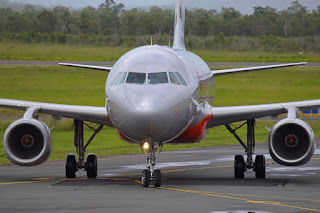 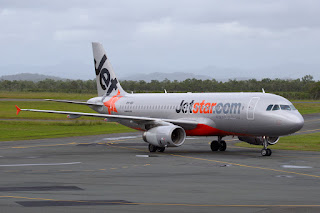 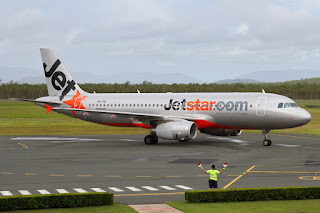 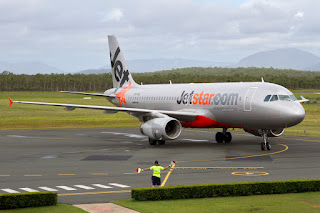 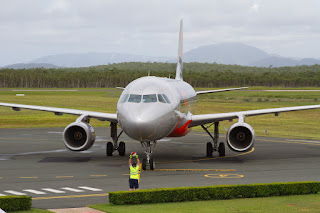 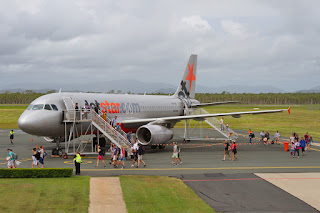 Tigerair (Tiger Airways) Australia Airbus A320 VH-VNF was also spotted as it operated the TGW394/397 service from and back to Sydney. 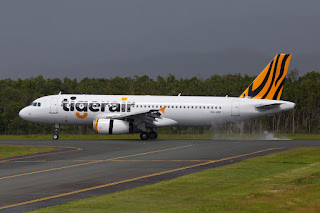 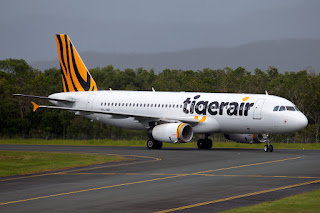 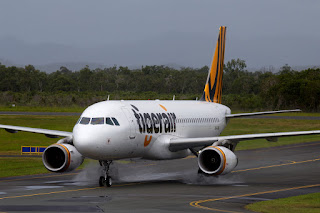 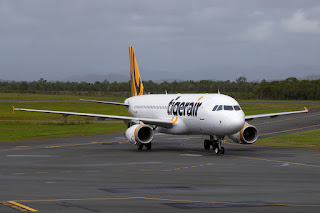 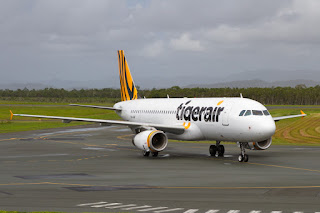 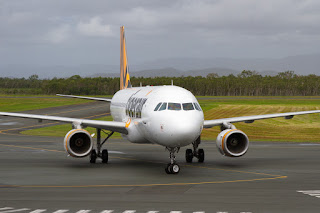 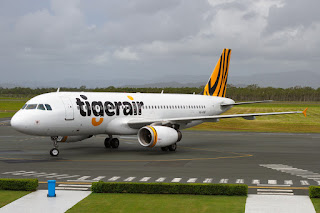 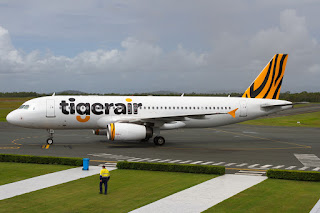 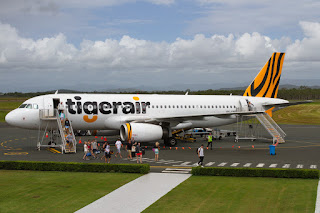 Despite the recent withdrawal of the morning Virgin Australia service to Proserpine from Brisbane, the remaining flights into the Whitsunday Coast from Brisbane and Sydney - as well as the new three-times-a-week Jetstar services from and back to Melbourne (Tullamarine) Airport - are doing quite well for passenger numbers.

Finally, as the Whitsunday Times newspaper reported in February, preparations were well underway for the potential launch of International charter flights from the Proserpine / Whitsunday Coast Airport to New Zealand later in 2016.  Read more HERE. 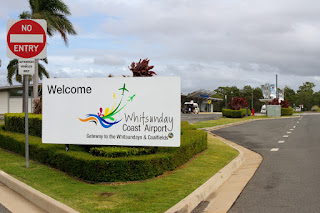 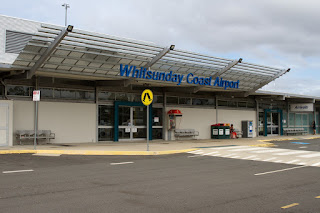 Sincere thanks to Dave for taking the time to capture and send through these great photos and news from Proserpine!