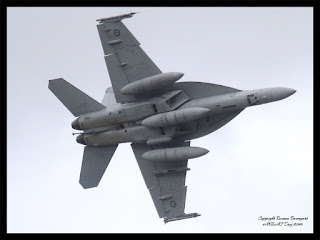 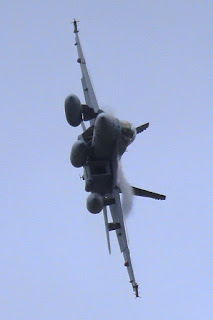 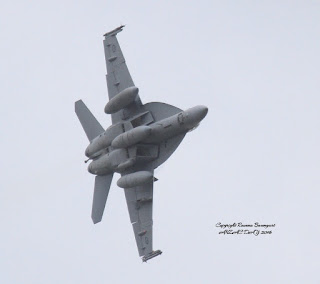 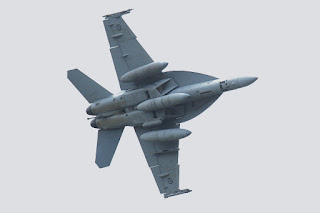 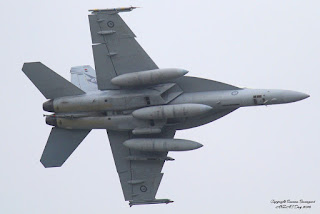 "Falcon 41" was then heard to fly further North via Mount Larcom and on to Rockhampton where local plane spotter Ash B also captured A44-215 as it overflew Rocky. 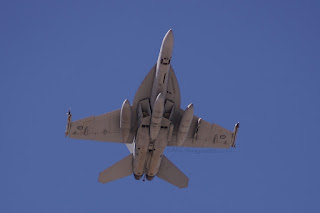 Of interest, fellow Super Hornets (or "Rhinos") A44-202 and A44-204 were spotted overflying the Brisbane Anzac Day parade and commemorations, and featured on the state-wide television coverage.

Sincere thanks to Rowena and Ash for capturing their stunning photos and allow us to share them with you all!