Meanwhile, on Tuesday 12 April, Balmoral Air Dassault Falcon 2000LX bizjet VH-WIO touched down at Hamilton Island Airport once again also from Bankstown.  It returned there after a few hours on the ground at Hamo.

Finally, some rather inclement weather passed through Hamo and the Whitsundays during the week with Mackay-based aviatior Kevin P being forced to land at Hamilton Island Airport due to the bad weather while flying from Townsville to Mackay on Thursday 14 April.  He shared with us a couple photos while he waited for the weather to clear. 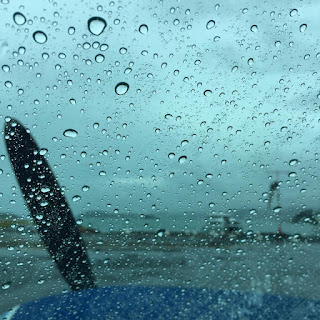 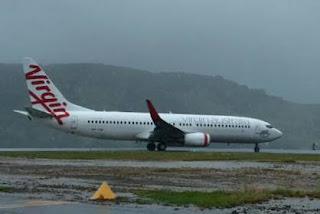 It eventually did and he continued to home to Mackay!