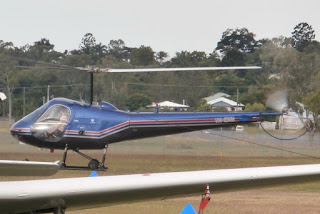 Certainly a first for us with local plane spotter Trevor H venturing out to Rockhampton Airport on Monday 11 April to capture some great photos of Enstrom Helicopter Corporation F-28C VH-ENM.  This is certainly the first time that I have seen one in CQ! 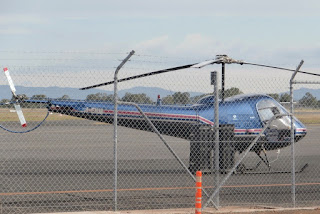 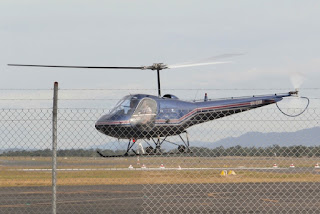 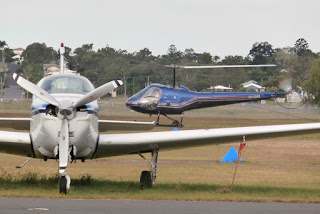 The nice little chopper is registered on the Gold Coast and looked to fly into Rocky from that direction.

Some research reveals that VH-ENM was built in 1978 and part of the family of small, light piston-engined helicopters produced by the Enstrom Helicopter Corporation.  It is an upgraded model from the base F-28 certified in 1965 and features an upgraded engine with turbocharger, and a two piece windscreen. The F-28C was certified in 1975.

The Enstrom Helicopter Corporation is a Chinese-owned design and manufacturing company, based at the Menominee-Marinette Twin County Airport in Michigan in the United States of America. The company was founded in 1959 by mining engineer Rudolph J. "Rudy" Enstrom, initially as the R.J. Enstrom Corp.  Website:  http://enstromhelicopter.com/ 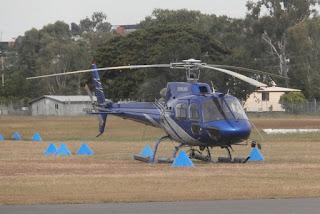 The smart looking squirrel is registered to Touchdown Helicopters of Albion Park Rail (Wollongong) but appears to be flying with Stirling Helicopters (Stirling Consolidated on Theodore) given the titles it wears on the upper part of the body!

Sincere thanks to Trevor for taking the time to capture and send through these great photos of a great couple of helicopters to visit Rocky!

All photos taken by Trevor Hardsman  ©
Posted by Damian F at 9:20 PM