The massive Globemaster transport aircraft was heard flying North from RAAF Base Amberley as "Stallion 72" and was initially noted over Calliope and Thangool at low level before it passed over the top the Gladstone commemorations where Sam S captured a couple of quick photos. 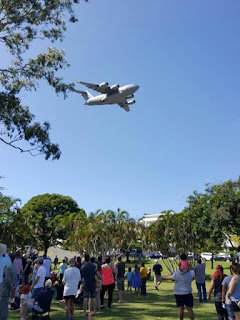 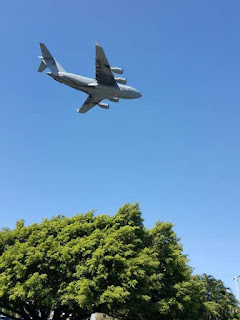 Local plane spotters Michael F and Anthony S were at different vantage points around Gladstone and have very kindly allowed us to also share their stunning photos. 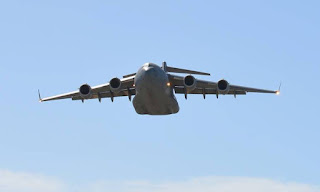 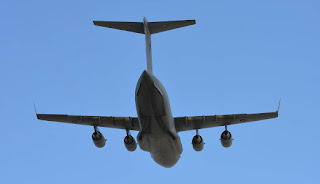 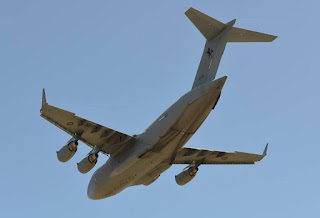 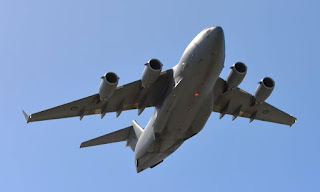 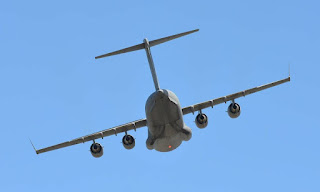 After making a second low pass - Michael estimates at only 100ft above his position - A41-210 powered up and returned South to Amberley. 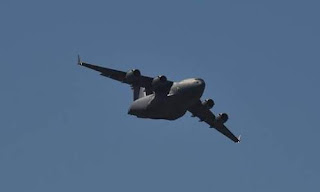 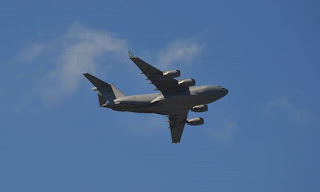 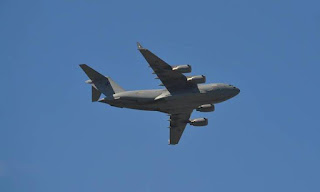 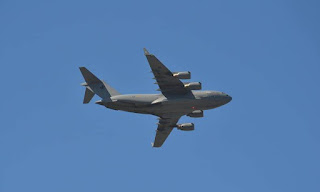 We sincerely thanks Anthony and Michael for allowing us to share them with you all!