A nice pair of bizjets called into Mackay Airport on Sunday 3 April with the Queensland Government Airwing (State of Queensland) Raytheon Hawker 850XP VH-SGY and Careflight Queensland (Aeromed) LearJet 45 VH-VVI both calling in from Brisbane. 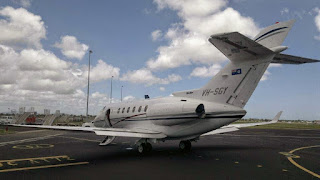 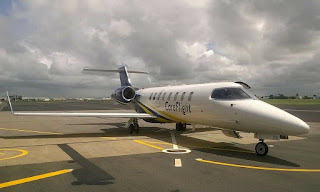 After both spent 3-4 hours on the ground, they both departed back to Brisbane.

VH-SGY brought Premier of Queensland Annastacia Palaszczuk to Mackay to announce the approval of a new coal mine.

It is believed that VH-VVI operated a med-evac flight as it was again noted using the radio callsign of "Ambulance 451".