Another day another pair of chooks! 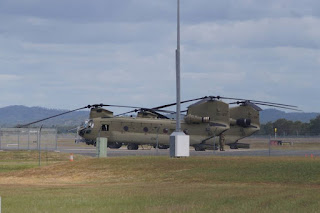 On Sunday 17 April, a pair of Australian Army Boeing CH-47F 'Foxtrot' Chinook helicopters passed through Rockhampton Airport, believed to be also heading to Canberra from their Townsville base.  They were identified as A15-306 and A15-307 and arrived in quick succession from Townsville using the radio callsign "Fatboy". 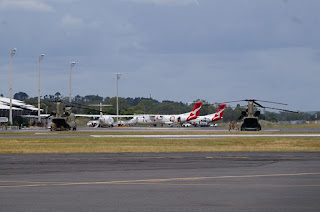 It is believed that these two Chinooks will join in fellow Army CH-47D A15-202 and CH-47F A15-303 which passed through Rocky on Saturday 16 April in Canberra as part of a transfer ceremony this week of the older A15-202 to the Australian War Memorial which will be added to the national collection.  See our Blog post below! 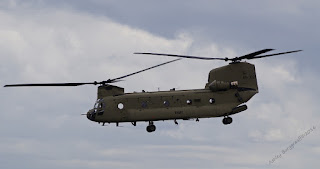 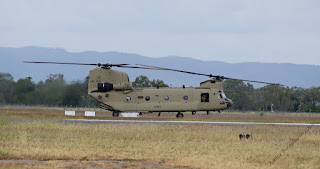 Gladstone plane spotter Michael F captured this image below from this front yard! 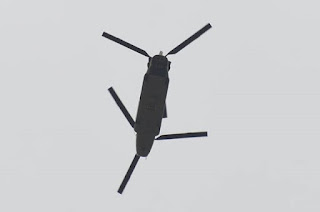 Sincere thanks to local plane spotter Ash B who popped out to Rockhampton Airport to capture these great photos!