We've featured photos of this attractive little aircraft in the past but I couldn't resist a couple more photos sent through by Col of QantasLink Dash-8-Q400 Next Gen VH-LQL parked at Gladstone Airport very early on Tuesday 5 April. 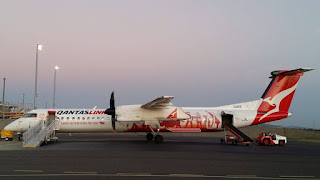 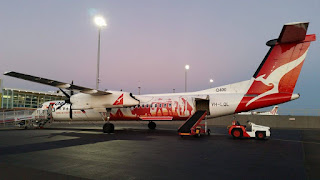 It was preparing for departure back to Brisbane as QLK2331 after arriving the previous evening.

Meanwhile, after the sun had come up over Gladstone on Tuesday 5 April, Virgin Australia Embraer E-190 jet VH-ZPH was also captured by Col as it called into the industrial city on the VOZ1707/1710 return service from and back to Brisbane. 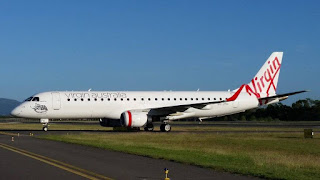 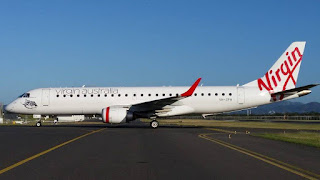 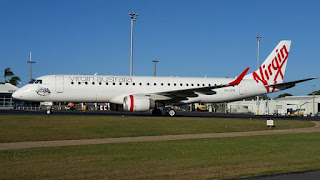 It appears that Virgin E-190s are now making regular visits to Gladstone on Monday, Tuesday and Wednesday early, as well as the mid-morning Saturday service too.