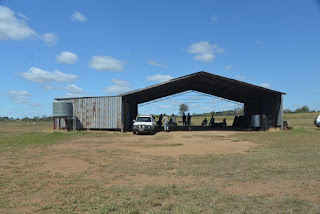 Attendees enjoyed the shade of the hanger over smoko watching aircraft on the ‘perilous’ 03 downhill directly in front, with conditions becoming more challenging as the day grew warmer, especially for the spot landing. There were huge cheers from the hanger when Chris nailed the spot landing fair on the chalk puffing a white cloud of dust up behind his Savannah tyres. 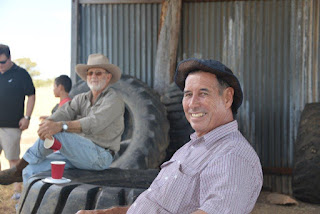 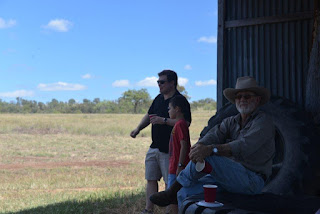 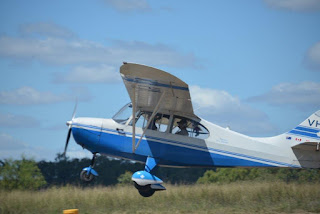 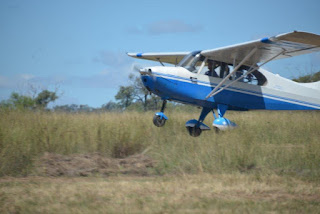 Bombing was also directly in front of the hanger into a poly trough and provided some close moments but no bulls-eyes were scored.

A section of Scoria creek was mapped out for the spotting mission, with a blow up Orca, doll, lizard and a Honda motor bike all planted in various parts of the winding, mostly tree covered course of creek with running water. 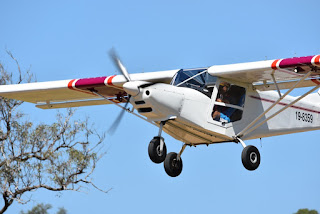 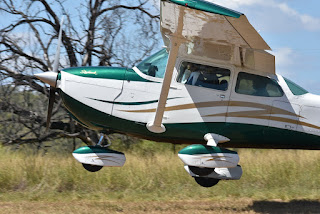 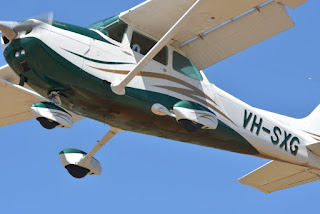 By 1pm everyone shifted camp down to the homestead and enjoyed a drink and steak burger after the prizes were presented.

Longest travelled aircraft - Bill and Eric from Mackay in the Cherokee

Bombardier and pilot - Mat from Bilo with closest drop (within 4m) out of Stu’s 172; Bill as pilot and bomber out of the Cherokee and Keith as runner up bombardier out of the 172

Spirit of flying prize - John from Smokey Creek in his Aeronca - first arrival, unique aircraft and lots of flying

Courageous award - Sam Christiansen with Sienna taking to the skies in the 172.

Stu finishes his report by thanking Falk Richter as judge of flying activities and Keith Murphy for the behind the scenes help he provided as well as helping out on the day with setup and BBQ'ing. May the next Drumburle hanger chat be held again soon, at least less than the 5 year gap on the last one!

Finally, I'd like to thank Stu and Rick for sharing this great report and photos from the Hangar Chat last weekend.

As we post regularly on our Facebook page, the CDFG host monthly breakfast fly-ins at the Biloela / Thangool Airport on the second Saturday of each month, with the next to be held tomorrow on Saturday 9 April.

The CDFG bi-annual fly-in also at the Biloela / Thangool Airport will be held to coincide with local horse races over the course of Friday 22 July to Sunday 24 July. 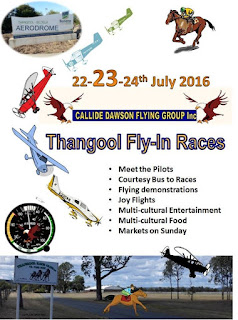 Finally, if you would like to learn more about the Callide Dawson Flying Group and the history of this passionate group of flyers and enthusiasts, check out a previous post on the CQ Plane Spotting Blog:  http://cqplanespotting.blogspot.com.au/2012/11/cq-plane-spotting-historic-spot-brief.html
Posted by Damian F at 6:04 PM