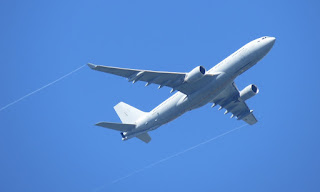 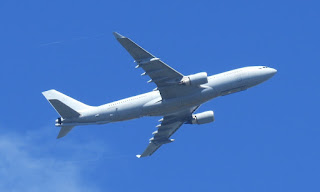 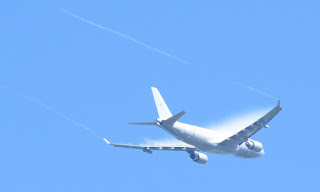 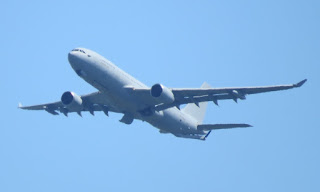 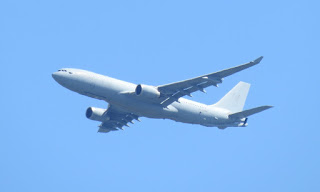 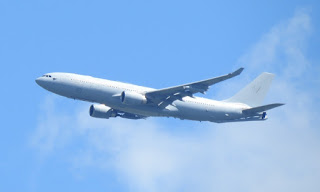 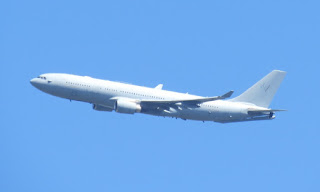 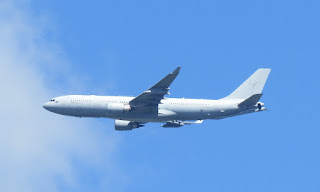 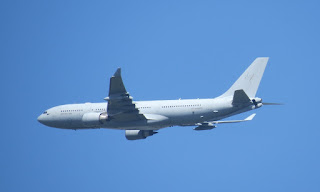 After the missed approach, A39-003 flew North to Townsville and Cairns where it also conducted missed approaches.  It then flew back South towards the Gold Coast.

Meanwhile, also on Saturday 9 April, RAAF Lockheed C-130J- 30 Hercules A97-448 was one of two Hercs that were heard to overfly Bowen while flying into Townsville.  A97-448 was then later noted conducting airwork, including completing a missed approach, at Longreach and Charleville Airports.  It was flying from Townsville to RAAF Base Richmond as "Ausy488". 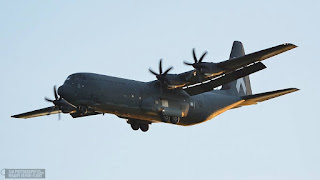 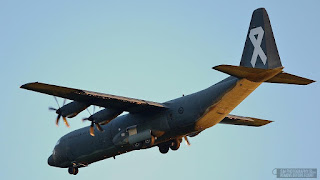 The other Herc was noted to be A97-464 which also overflew Bowen on the way to Townsville.  It later departed to Darwin (where it is shown above on final approach) and was heard to be flying as "Ausy489".  As shown, A97-464 wears a white ribbon on its tail in support of ‘White Ribbon Day’ - Australia's campaign to stop violence against women.