On Saturday 16 April, a pair of Australian Army Chinook helicopters departed Townsville and passed through Rockhampton Airport while heading to Canberra. 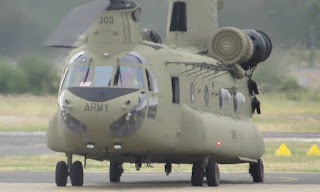 The two Chinook medium lift helicopters included one of the Army's older Boeing CH-47D models - serial A15-202 - flying with one of the Army's newer Boeing CH-47F 'Foxtrot' models - serial A15-303 - which was one of seven delivered to the Army's 5th Aviation Regiment at their Townsville base over the last year.  The pair of Chinooks will flyover Canberra landmarks next Tuesday 19 April as part of a transfer ceremony of the CH-47D Chinook A15-202 to the Australian War Memorial which will be added to the national collection. 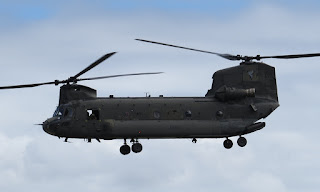 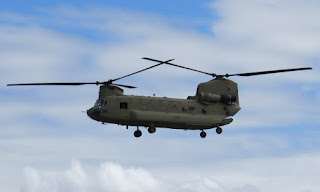 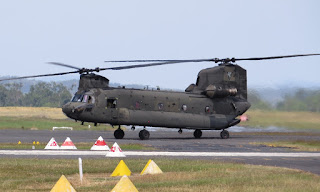 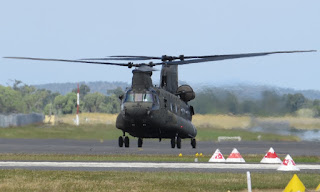 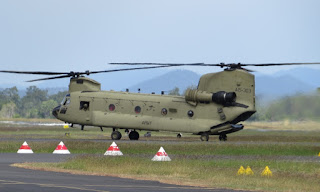 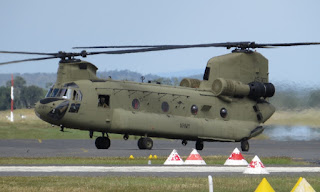 It is believed that A15-303 and A15-202 departed Rockhampton for Oakey.  They were heard to be using the radio callsign "Brahman". 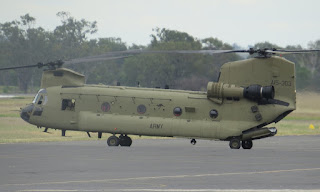 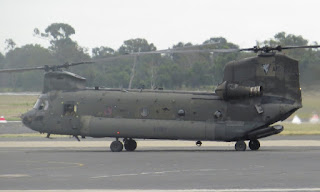 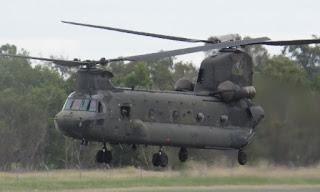 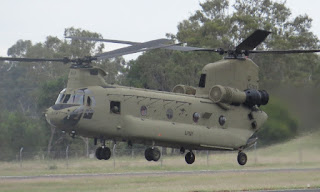 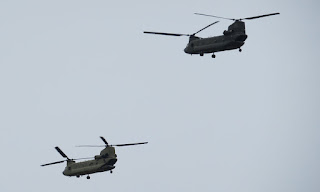 The two Chinooks will be participating in a transfer ceremony which will be held at Exhibition Park in Canberra (EPIC) on Tuesday 19 April at 11:10am with both Chinooks landing at EPIC at approximately 10:30am.  There will be various opportunities prior to this for the general public to capture imagery as the two Chinooks flyover prominent Canberra landmarks including ADFA, RMC, Russell, Old Parliament House, New Parliament House and finally, the Australian War Memorial.

All photos taken by Kayanne Hardsman  ©
Posted by Damian F at 7:46 PM