The sleek Bombardier BD-700-1A10 Global 6000 bizjet N60XC that called into Mackay Airport on Monday 18 April from Brisbane was captured resting quietly on the Mackay Airport apron late on Tuesday 19 April. 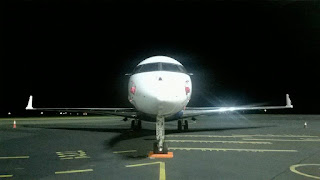 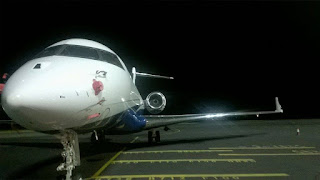 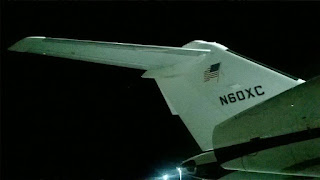 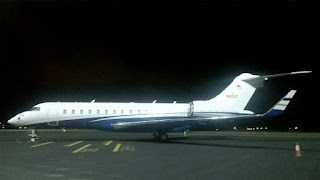 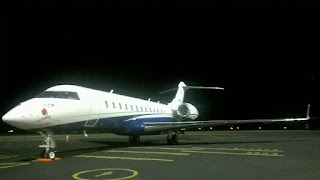 Reports suggested that it was due to depart back to Brisbane late on Wednesday 20 April however, at the time of writing, I believe it is still parked at Mackay Airport.

UPDATE!  N60XC did depart to Brisbane late on Wednesday 20 April.  Before it departed, 'AC' was able to capture a couple of photos from the flightdeck as it prepared for departure! 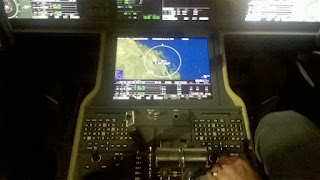 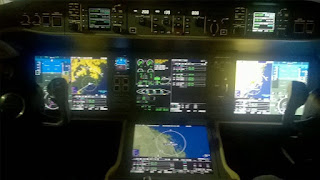 Meanwhile, Embraer EMB-550 Legacy 500 bizjet N142GZ has returned 'home' to Mackay Airport on Wednesday 20 April after flying South on over the previous weekend.

Thanks to the Mackay plane spotters for sending through these great photosof the stunning Global bizjet!