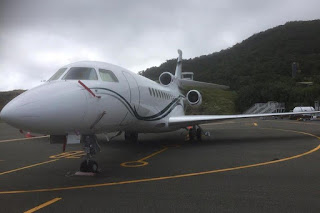 It touched down from Sydney where it arrived the previous day from Bali (Denpasar). 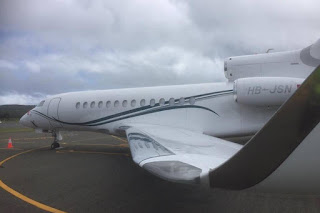 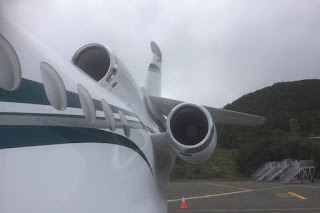 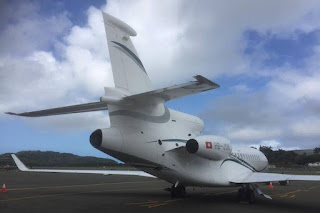 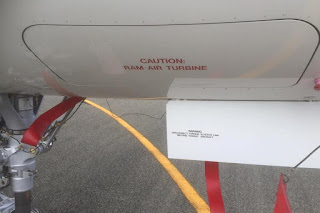 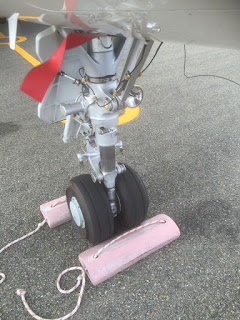 As these photos captured on Saturday 30 April show, HB-JSN remains parked at Hamo. 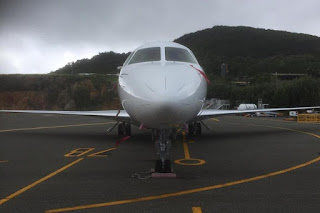 DASNAIR is a business aviation company based in Geneva, Switzerland and was founded in May 2001.

Meanwhile, also on Saturday 30 April, Brisbane-based Cessna 340 VH-LKM was noted calling into Hamilton Island Airport from Archerfield.  It too seems to be still parked on Hamo.

Finally, an interesting visitor back on the mainland at Proserpine / Whitsunday Coast Airport on Friday 29 April was Townsville-based Curtin Bros  Raytheon 1900D VH-VPZ which operated a Townsville-Hughenden-Proserpine-Townsville flight.  It was due to operate this earlier in the week but was re-scheduled.