Late on Saturday 9 October, FMG Air P/L (Fortescue Metals Group) Bombardier BD-700-2A12 Global 7500 bizjet VH-FMG touched down at Gladstone Airport.  It looked to fly all the way across from Perth in Western Australia. 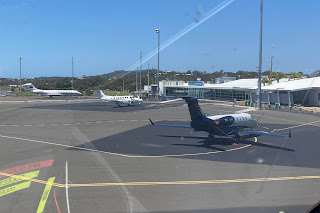 After staying for the night and much of the next day, on Sunday 10 October, VH-FMG then departed Gladstone Airport for Brisbane. 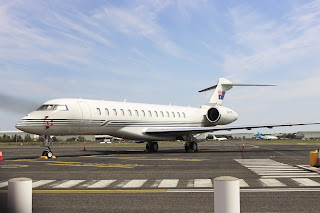 UPDATE!  VH-FMG was photographed above parked at Brisbane early on Monday 11 October.  It then departed to Tamworth in New South Wales.