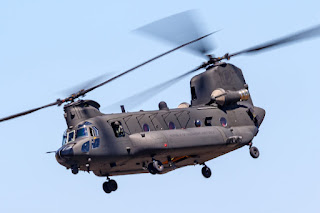 They departed as one spectacular flight of four helicopters from Rockhampton Airport back direct to their base at Oakey. 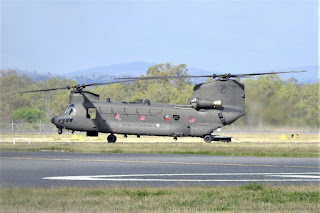 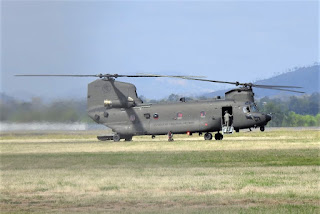 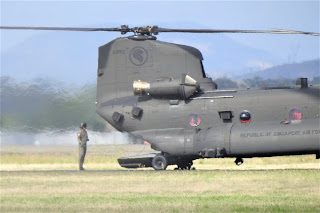 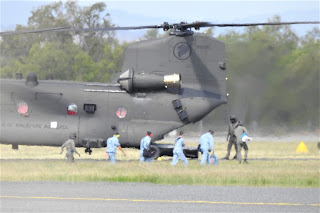 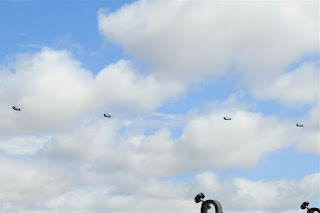 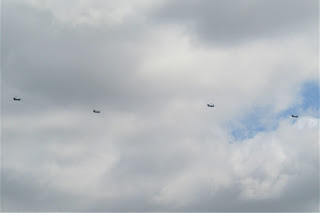 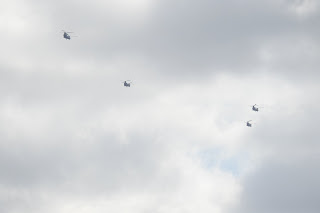 As mentioned, the Chinook helicopters are flown by the RSAF's 127 Helicopter Squadron which is based at the Sembawang Air Base (SBAB) in Singapore, however as mentioned, with a detachment at Oakey.

The squadron goes by the motto of "Strength, Courage, Swiftness", the motto is supported by the squadron motif, a white horse in full battle armour.
The recently delivered new CH-47F 'Foxtrot' Chinook helicopters made their first visit to Rocky for Exercise Wallaby and were identified wearing the serial numbers 88161, 88162, 88163 and 88165, which are four of five which were delivered to the Oakey Army Aviation Centre earlier this year.  These helicopters will progressively replace the RSAF’s older Chinooks - including CH-47D and CH-47SD models - some of which have been in operation since 1994. 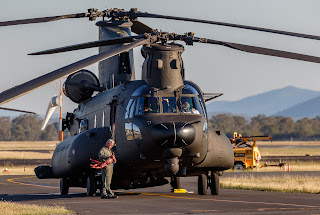 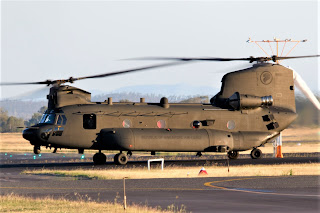 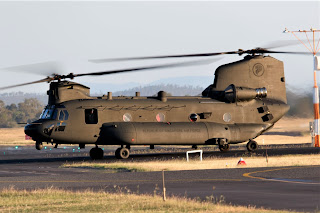 The initial CH-47Fs are being deployed to the RSAF Helicopter Detachment in Oakey.  According to media reports, ten of the RSAF’s 16 new CH-47Fs will be deployed in Oakey.  It will enable the RSAF to make use of the large airspace and terrain in the region to undergo training under realistic conditions.
The CH-47F features a fully integrated, digital cockpit management system. It is also equipped with advanced capabilities that enable efficient cargo handling.
The CH-47Fs are part of a broader update to RSAF rotorcraft capabilities. In late March it took delivery of the first of Airbus Helicopters H225M to replace the AS332 Super Puma.  Both the H225M and CH-47F were ordered in 2016.
Meanwhile, as shown, over the latter part of the week, the four RSAF Boeing AH-64D Apache helicopters have had their blades and other components removed in preparation for uplift back to Singapore sometime soon on board the Antonov Airlines (Antonov Design Bureau) AN-124. 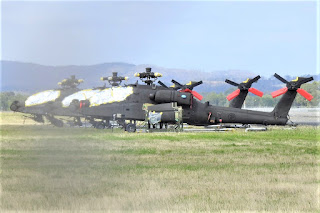 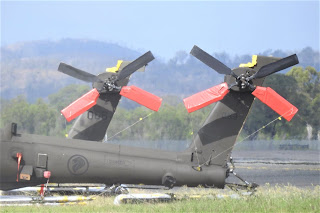 Sincere thanks to the local plane spotters for taking the time to capture and send through these great photos!
Photos taken by Steve Vit, John Lee and Trevor Hardsman  ©
Posted by Damian F at 9:23 PM