On Sunday 24 October, one of the big 'players' in the Singapore Armed Force's Exercise Wallaby 2021 was noted departing Rockhampton Airport for good following its deployment and participation in the Exercise. 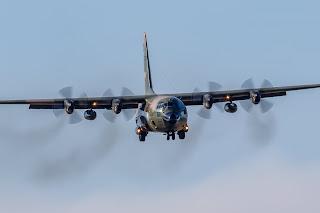 The Herc has spent much of October operating out of Rockhampton Airport, completing various flights out to and back from the Shoalwater Bay Training Area (SWBTA).  It had arrived from Singapore via Darwin at the end of September. 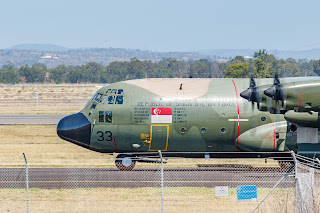 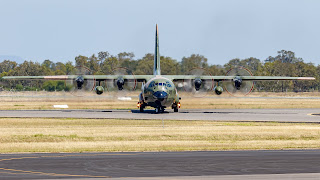 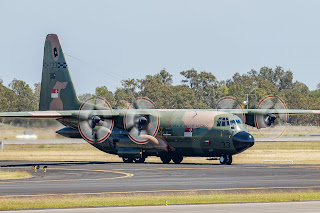 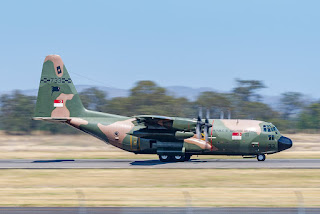 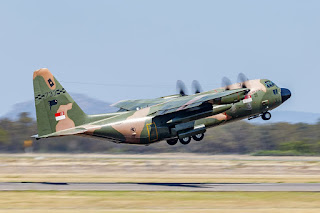 During its flights to the Bay and back, '733' was heard to be using the radio callsign of "Condor".   It is one of six C-130H aircraft which are flown by the RSAF's 122 Squadron "Condors" based at the Paya Lebar Air Base (PLAB) in Singapore.

Sincere thanks to the local photographer Steve V for allowing us to share these great photos!