On Saturday 30 October, Royal Australian Air Force (RAAF) Boeing B737-7DT(BBJ) A36-001 was noted visiting a couple of Central Queensland Airports as it looked to complete a training flight up the New South Wales and Queensland coasts. 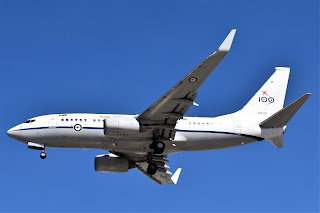 A36-001 was flying as "Envoy 38" and looked to depart Canberra for Coffs Harbour before it then landed at Bundaberg Airport for a short time.  It then departed Bundaberg Airport and continued up to land at Hamilton Island Airport.  A36-001 "Envoy 38" then flew up to complete a missed approach at Cairns before it then finished the day at Townsville (as pictured above).
As shown A36-001 still wears additional decals to commemorate the RAAF's 100th anniversary.
It is assumed that A36-001 will fly back South - possibly via Proserpine (Whitsunday Coast) and Rockhampton Airports - on Sunday 31 October, as these training flights like this one have done in the past.
UPDATE!  On Sunday 31 October, and indeed as predicted, A36-001 "Envoy 38" flew South from Townsville (pictured) and completed a missed approach at Proserpine Airport before doing airwork and then landing at Rockhampton Airport. 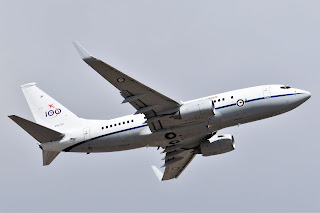 It then departed Rockhampton Airport (pictured) and landed at the Gold Coast before it then continued back to Canberra. 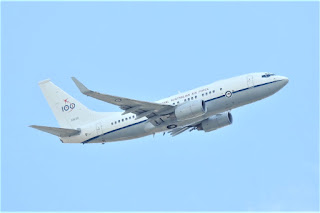