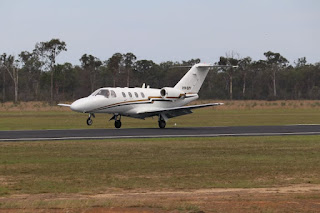 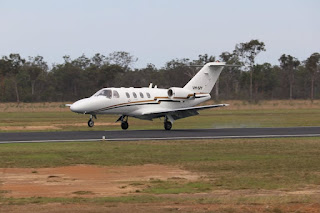 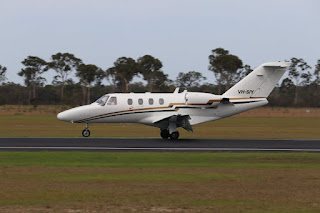 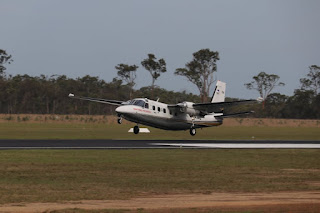 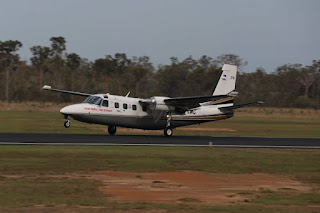 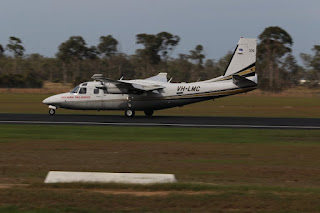 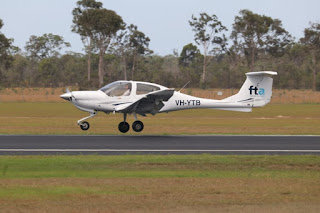 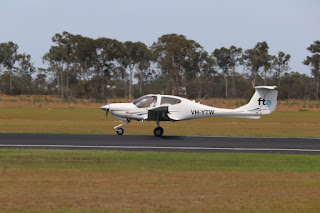 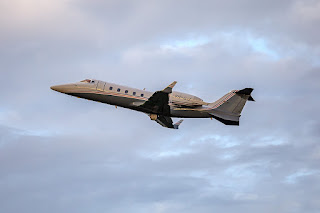 It looked to arrive from Brisbane and Barcaldine Airports and then departed back to Brisbane.  VH-ILJ was reportedly completing a medical evacuation flight.
While Gold Coast-based Australian Wings Academy Cessna 172s VH-EWW and VH-ONW flew down together from the Whitsunday Airport at Shute Harbour to Rockhampton Airport and then home to the Gold Coast.
They had flown up to the Whitsundays together over the previous couple of days, flying up from the Gold Coast via Roma and Longreach Airports.

And Great Western Aviation Beech B200 VH-XGV departed Longreach Airport for Brisbane.  It had arrived from Brisbane the previous day.
Finally, also on Saturday 23 October, Victoria-based Tasfast Air Freight / Southern Airlines Aero Commander 690-A VH-CLT arrived into Rockhampton Airport from Melbourne (Moorabbin).
UPDATE!  On Tuesday 26 October, VH-CLT departed Rockhampton Airport for Archerfield and Moorabbin.
And BPW Aviation / Airspeed Aviation of Scone, New South Wales, Cessna 404 Titan VH-SKV - which was enroute from Mackay Airport to Archerfield - diverted to Rockhampton Airport with an electrical problem and fumes in the cabin.  It later departed to Archerfield.
VH-SKV had earlier flown up to Mackay Airport from Tamworth.
Photos taken by Peter Sajko and Steve Vit  ©
Posted by Damian F at 11:06 PM