Early on Sunday 10 October, local plane spotter Trevor H popped out to Rockhampton Airport and captured some photos of the visiting Republic of Singapore Air Force (RSAF) helicopters and aircraft as the were being prepared for more weekend sorties as the Singapore Armed Forces Exercise Wallaby 2021 (XWB21) continues. 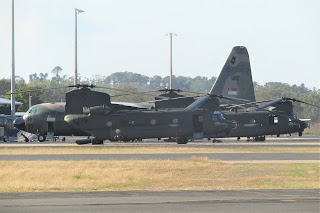 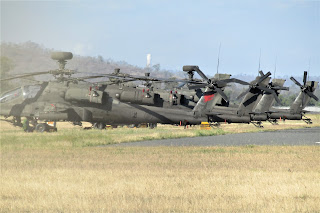 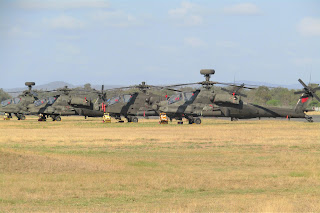 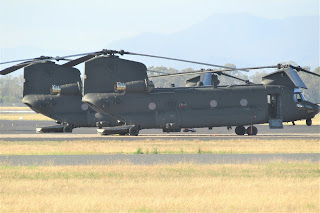 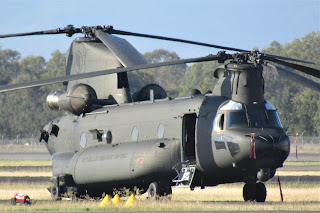 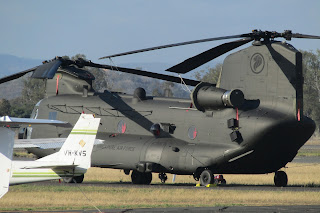 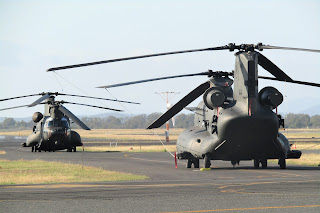 The RSAF Lockheed C-130H Hercules transport aircraft '733' again operated another two sorties yet again to the Shoalwater Bay Training Area (SWBTA) and back to Rockhampton Airport as "Condor".
The RSAF Boeing AH-64D Apache helicopters again flew out and back to the Shoalwater Bay Training Area in a formation with two flying as "Astro" followed by a third.
And of the RSAF Boeing CH-47F Chinook helicopters, a pair completed a sortie as "Celtic".
Finally, the visiting LifeFlight Agusta Westland AW139 helicopter VH-XIA continued to be parked at Rockhampton Airport, still on standby in support of Exercise Wallaby 2021.  It appears that the LifeFlight crew have taken up residence in one of the hangars at Rockhampton Airport with maintenance equipment and even camper vans spotted inside! 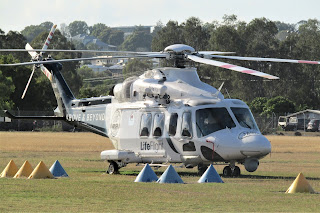 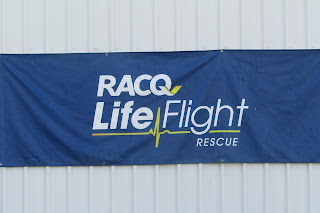 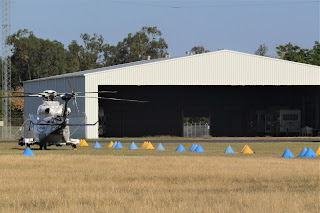 Sincere thanks to local plane spotter Trevor H for taking the time to capture and send through these great photos!
All photos taken by Trevor Hardsman  ©
Posted by Damian F at 6:00 PM