On Wednesday 13 October, Royal Australian Air Force (RAAF) Boeing C-17A Globemaster III transport aircraft A41-206 was spotted on final approach to Rockhampton Airport where it landed for a short time. 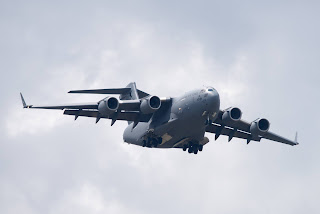 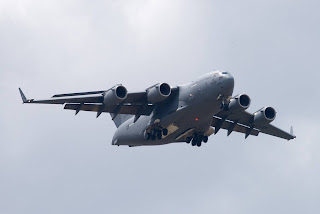 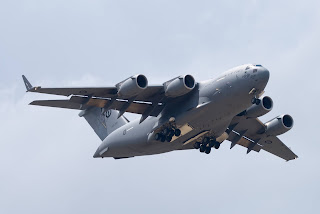 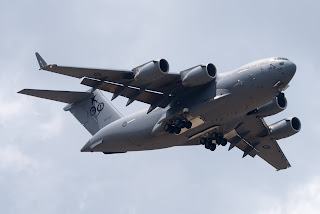 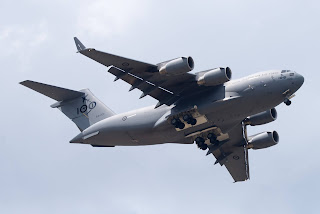 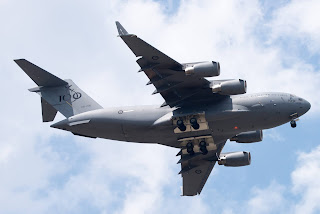 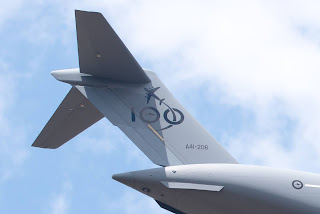 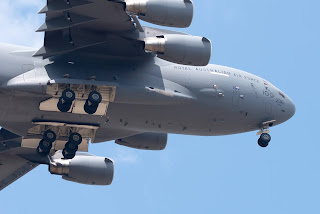 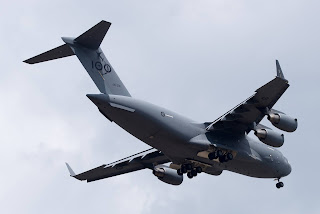 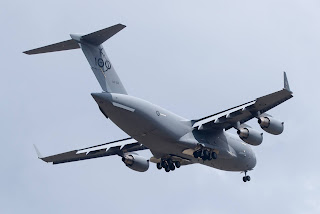 The Globemaster had flown up from RAAF Base Amberley via a missed approach at Charleville Airport.
After departing Rockhampton Airport, A41-206 - which was flying as "Stallion 50" - flew West to overhead Emerald Airport before then flying up to and completing a missed approach at Mackay Airport.
A41-206 "Stallion 50" then continued up to Townsville where it appeared to stay.
As shown A41-206 still wears additional decals to commemorate the RAAF's 100th anniversary.
UPDATE!  On Thursday 14 October, A41-206, again as "Stallion 50", headed back South from Townsville via a missed approach at Proserpine (Whitsunday Coast) Airport and a landing at Rockhampton Airport.  It then returned to Amberley, via a missed approach at the Sunshine Coast.
Finally, as this post is being written, also on Wednesday 13 October, Australian Army NH Industries MRH-90 Multi-Role Helicopter A40-021 "Destrier 103" was noted completing airwork at Proserpine (Whitsunday Coast) Airport while on a flight from and back to Townsville.
UPDATE!  On Thursday 14 October, A40-021 now was "Destrier 114" looked to do the same - flying to Proserpine (Whitsunday Coast) Airport from and back to Townsville.
Sincere thanks to local plane spotter Scott H for taking the time to capture and send through these great photos!
All photos taken by Scott Harris  ©️
Posted by Damian F at 8:02 PM