After arriving late the previous day, and after being around the region for more than a week, on Thursday 28 October, two of the three Australian Army Boeing CH-47F 'Foxtrot' Chinook helicopters finally departed Rockhampton Airport and looked to return 'home' to Townsville via fuel stop at Mackay Airport. 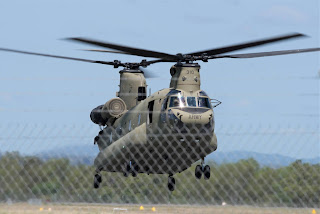 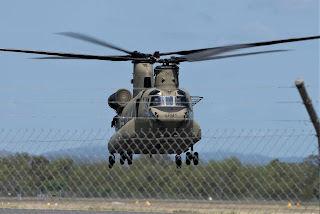 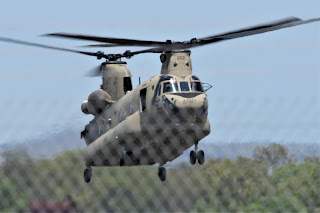 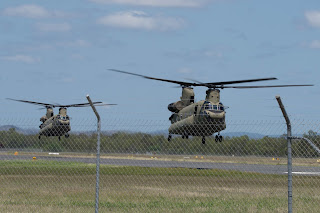 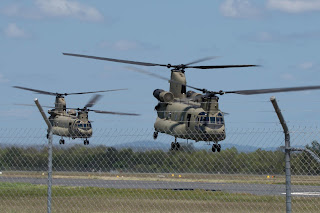 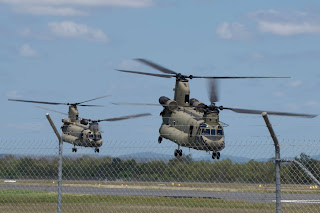 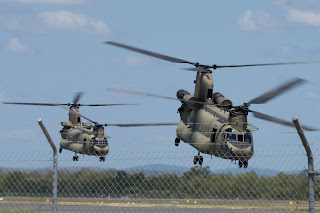 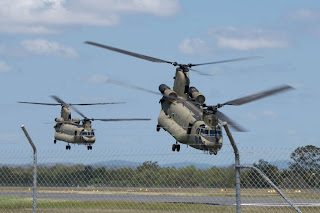 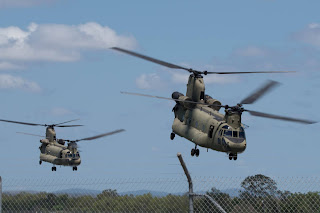 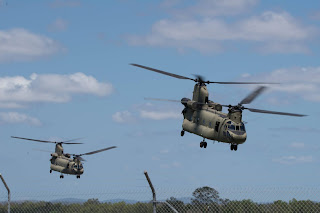 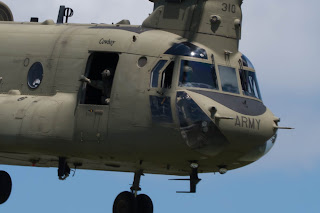 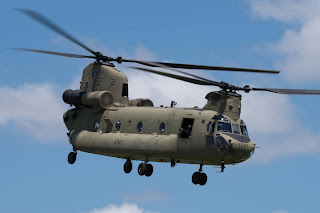 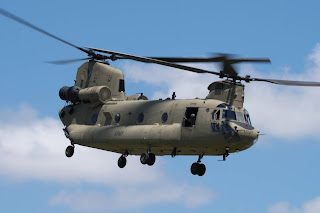 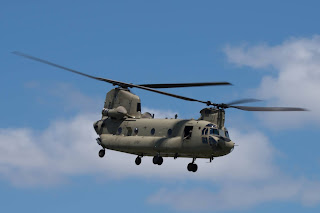 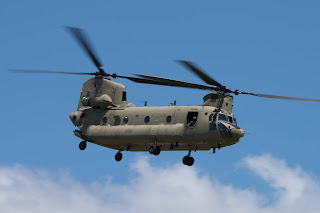 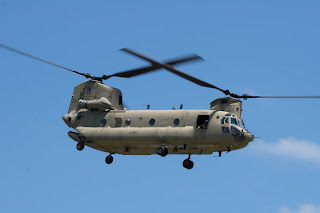 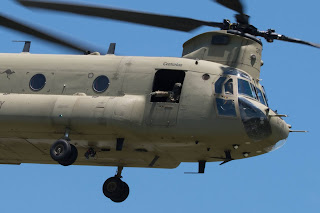 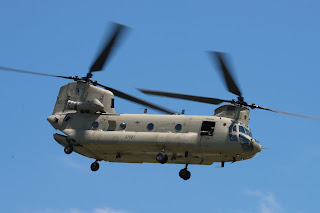 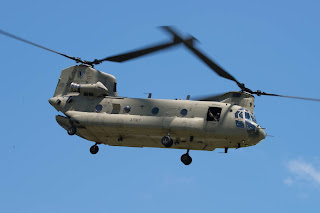 Local plane spotter Scott H was on hand to capture some nice photos as Chinook helicopters A15-302 and A15-310 departed together as "Chainsaw".
It is believed that the third Chinook A15-309 remains on the ground at Rockhampton Airport, possibly with a technical problem.
UPDATE!  Early on Saturday 30 October, A15-309 departed Rockhampton Airport for Mackay Airport and then Townsville as "Stockman 362".
Sincere thanks to local plane spotter Scott H for taking the time to capture and send through these great photos!
All photos taken by Scott Harris  ©
Posted by Damian F at 8:47 PM