On Saturday 23 October, two of the three visiting Australian Army Boeing CH-47F 'Foxtrot' Chinook helicopters were spotted completing flights out of and back to the Australian Army Defence Support Group (DSG) 'Camp Rocky' which is adjacent to Rockhampton Airport. 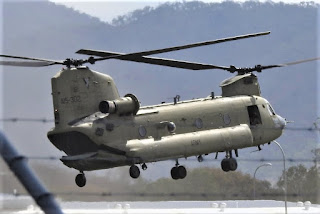 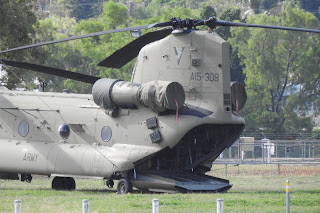 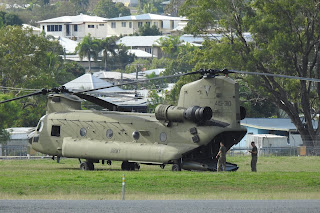 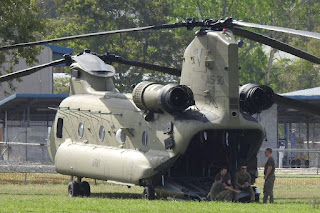 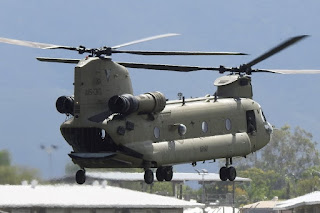 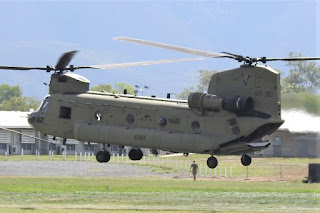 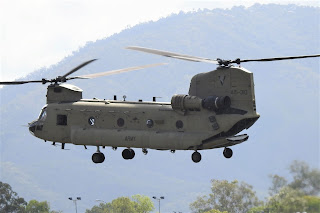 It is believed that during the morning, Chinook A15-302 as "Stockman" departed out to the coast and returned late morning.   While Chinook A15-310 as "Brahman 361" departed to the West and late morning arrived back from Biloela way.
During the afternoon, both Chinooks - A15-302 and A15-310 - flew together as "Chainsaw", departing out to the coast and late this afternoon arriving back at the DSG.
It appears the third Chinook A15-309 did not fly.
Sincere thanks to local plane spotter John L for taking the time to capture and send through these great photos!
All photos taken by John Lee  ©
Posted by Damian F at 10:35 PM