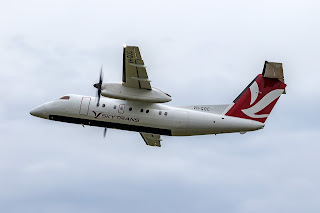 It appears that Dash-8-100 VH-QQC flew down from Cairns to Rockhampton Airport as SKP505 before then flying to Labona and back to Rocky as SKP771/2.

Meanwhile, also on Monday 25 October, fellow Skytrans Dash-8-100 VH-QQB looked to operated a FIFO charter flight into Labona but from Townsville.  It flew down from Cairns to Townsville as SKP501 before then flying to Labona and back to Townsville as SKP761/2.
Finally, also on Monday 25 October, Skytrans Airlines Dash-8-100 VH-QQG operated their Regular Passenger Transport (RPT) flight from Cairns to Rockhampton Airport via Proserpine (Whitsunday Coast) Airport and back as SKP81/82. 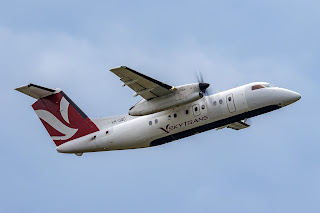