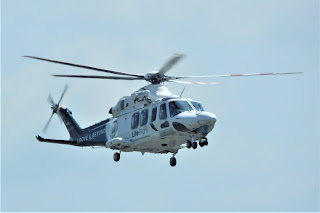 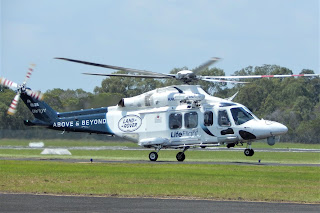 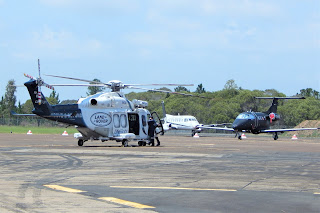 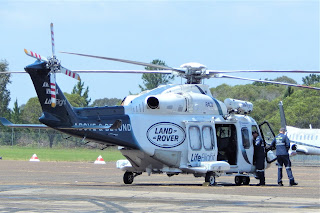 It was heard to be flying again as "Guardian 10" and flew from Rocky direct to Maryborough Airport where it was part of a media event with a local council member. 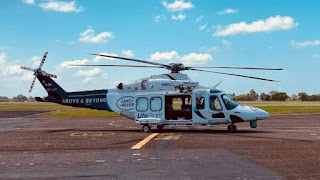 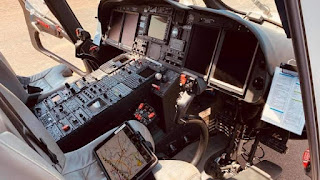 Once its commitments were complete, VH-XIA "Guardian 10" departed Maryborough Airport and flew back to Archerfield.
VH-XIA had originally flown up to Rockhampton Airport from there at the start of September.
Sincere thanks David G of Maryborough Aviation Services for taking the time to capture and send through this great photo!
Photos taken and supplied by David Geck  ©
Posted by Damian F at 8:54 PM