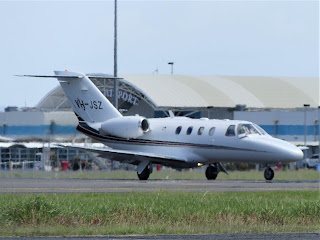 It looked to arrive from Archerfield and then depart to the Natal Downs property - where it is reportedly based.

Meanwhile, also spotted at Mackay Airport, also on Sunday 24 October, was  Aerometrex (South Australia) Cessna 421B Golden Eagle VH-ECF which seems to be completing aerial survey work in the area. 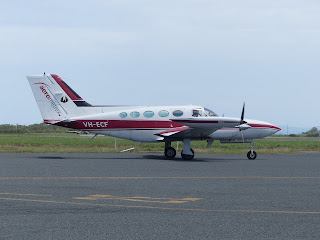 And locally-based Horizon Airways Flight Training Cessna 172RGVH-LDK and Cessna 172M VH-MDX were both spotted as they completed various training flights out of Mackay Airport. 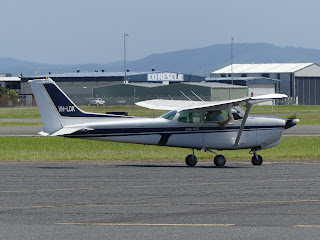 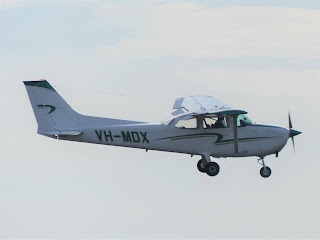 Finally, also on Sunday 24 October, and in the days prior, it was a much quieter Eastern General Aviation (GA) Apron with all aircraft parked and tied down - unlike the Wednesday 20 October when a massive storm roared through Mackay Airport, moving aircraft and sending down massive hail stones which caused significant damage to some aircraft. 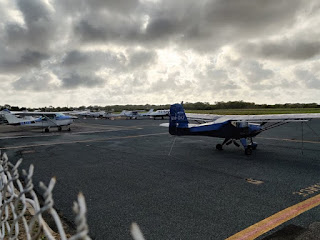 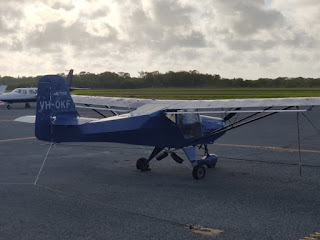 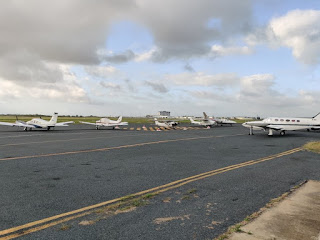 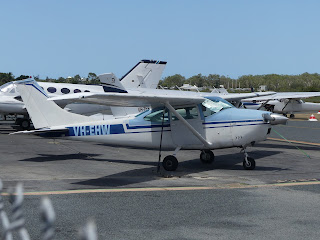 Sincere thanks to local plane spotter 'JM' for taking the time to capture and send through some of these photos!
Photos taken by 'JM' and Contributed  ©️.
Posted by Damian F at 10:53 PM