It was certainly an interesting ride for the passengers on Tigerair (Tiger Airways) Australia flight TGW393 from Proserpine / Whitsunday Coast Airport to Sydney on Thursday 23 October with not one but four approaches needed at Sydney Airport before the A320 - VH-VNF - could touch down. 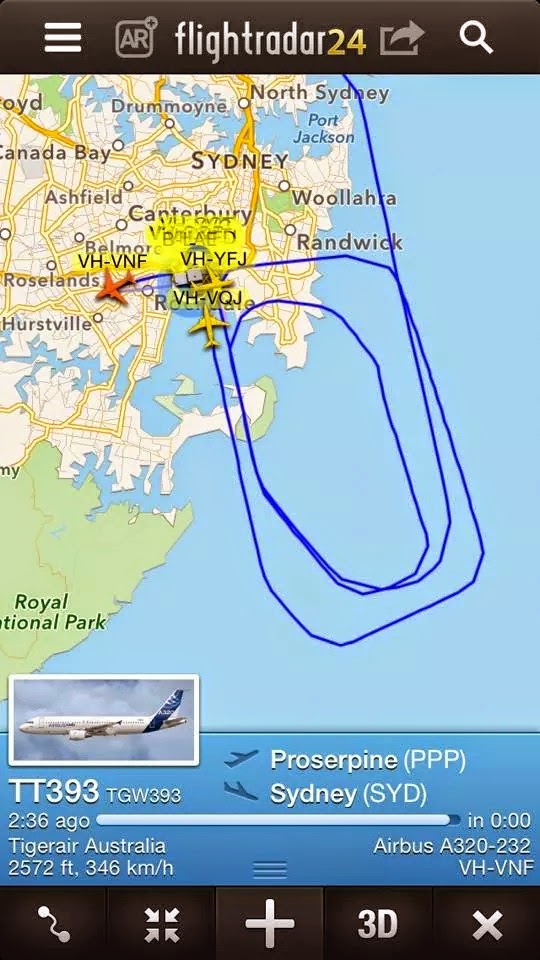 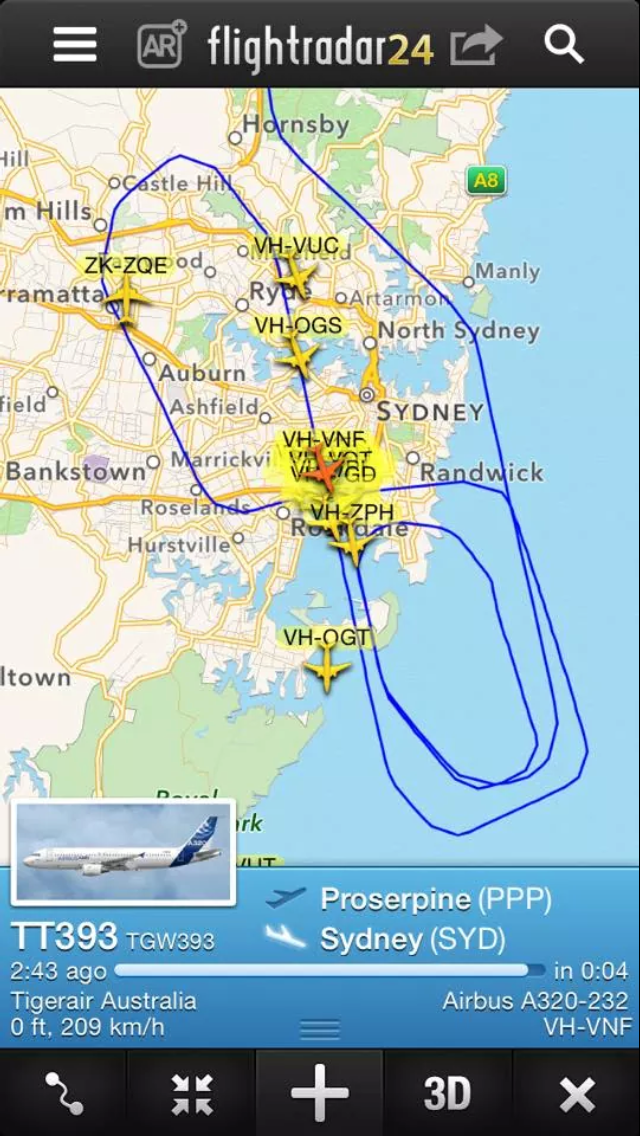 Reports suggest the missed approaches came at time when the airport was experiencing changeable wind conditions which resulted in a runway change. There was also a report that VH-VNF went around on one approach due to being over-speed during its final approach.

VH-VNF did eventually land on Runway 16 Right and was later noted flying into Brisbane on a scheduled service.
Posted by Damian F at 7:47 AM