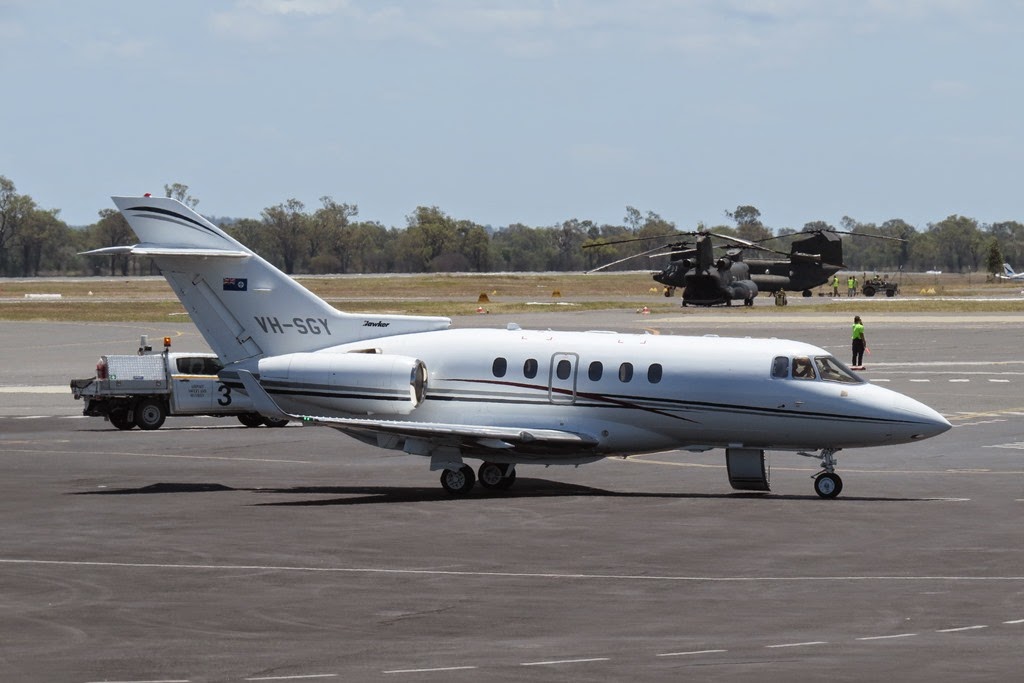 Queensland Premier Campbell Newman, along with his wife and a few other passengers were noted to disembark the Hawker.

After a couple of hours on the ground, VH-SGY departed to Brisbane.

Meanwhile, earlier on Tuesday 21 October, Royal Australian Air Force Beech B350 Supper King Air A32-670 was noted conducting airwork at Rockhampton Airport.  Flying as "Dingo 54", the King Air operated from Townsville and completed an approach at Mackay before performing as many as five missed approaches at Rocky.