What a stunning pair of helicopters!  I've been following with great interest on the progress of a pair of Russian-based Robinson R-66 helicopters that are completing an around-the-world flight from Russia to New Zealand and back. 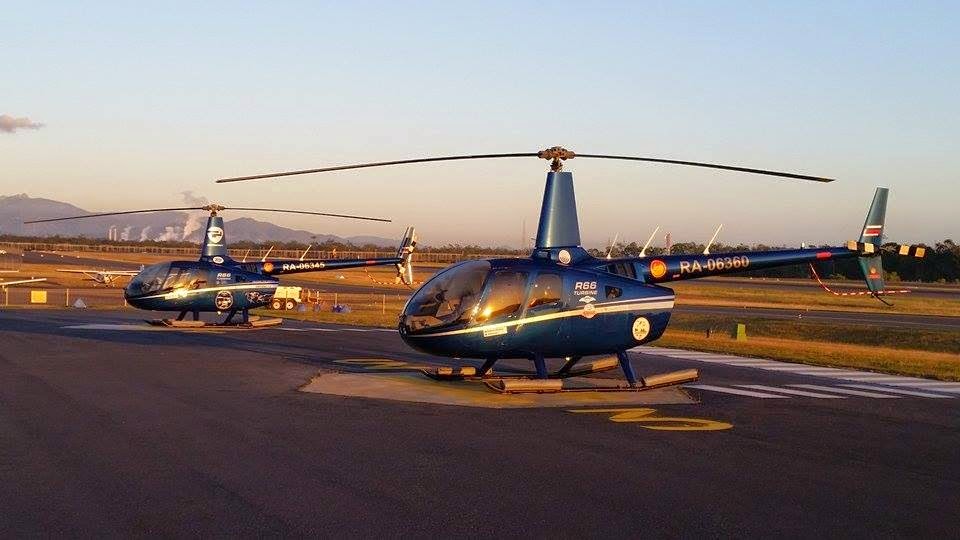 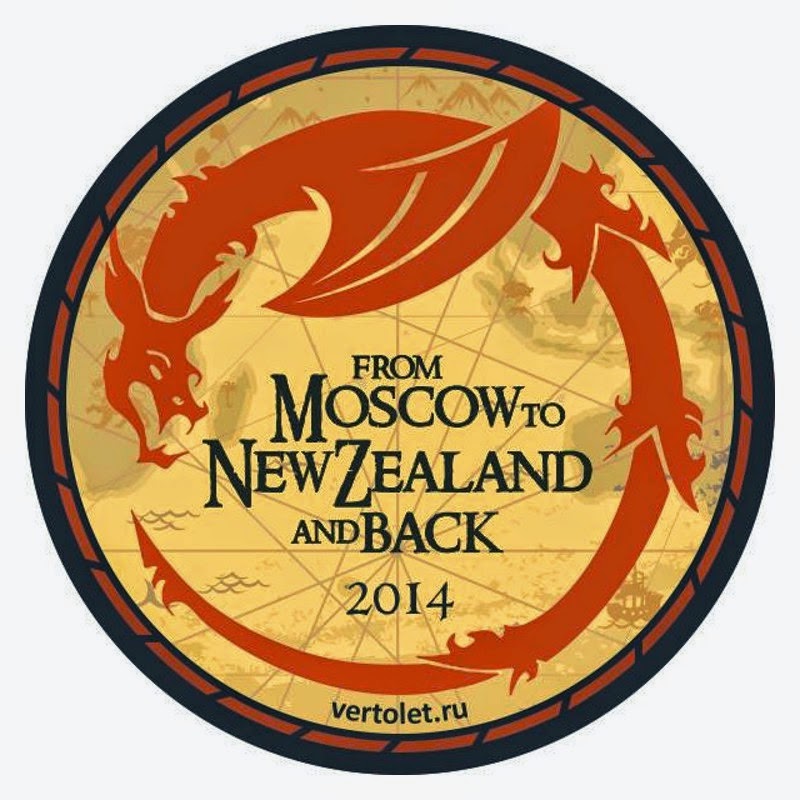 On Friday 17 October, RA-06345 and RA-06360 were both captured in the golden morning light at Gladstone Airport.  They had arrived the previous evening from the Whitsunday Airport (WAVE) at Shute Harbour. 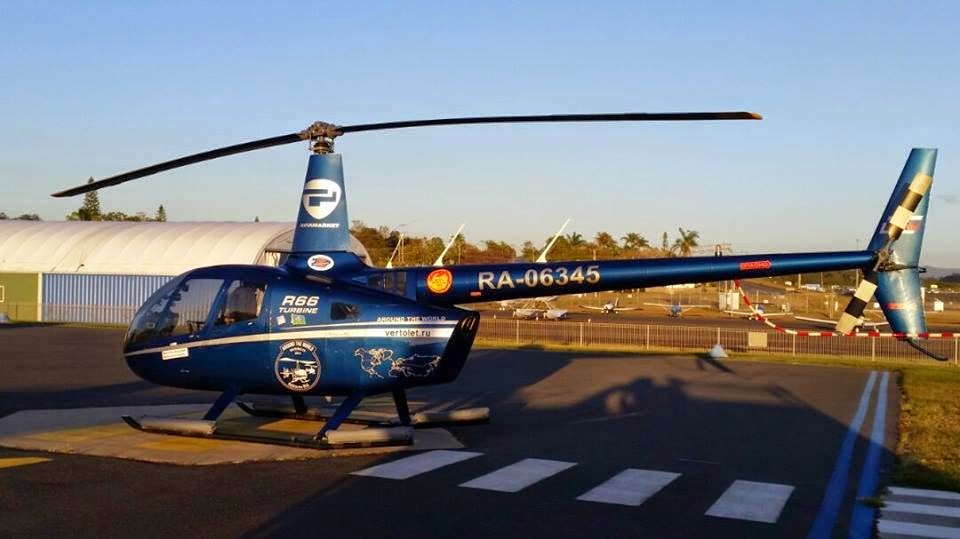 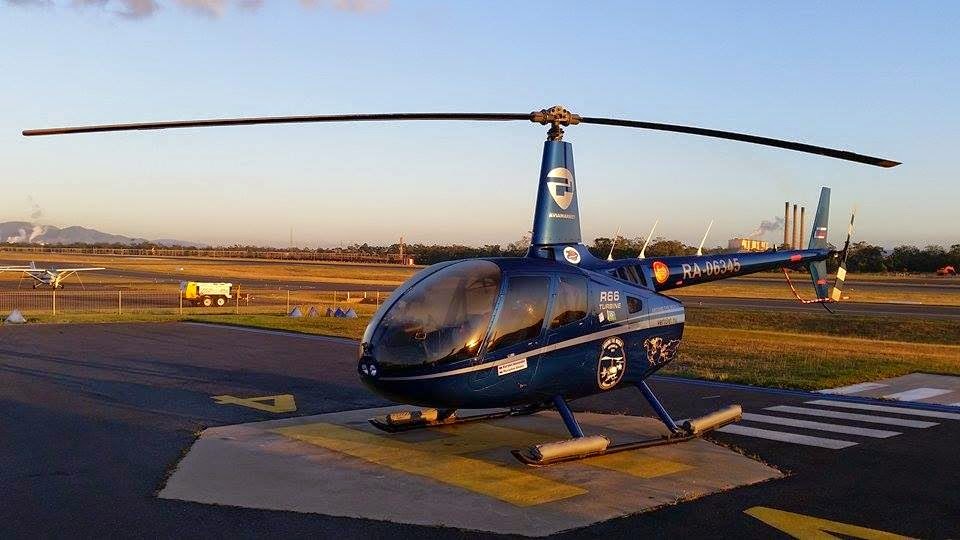 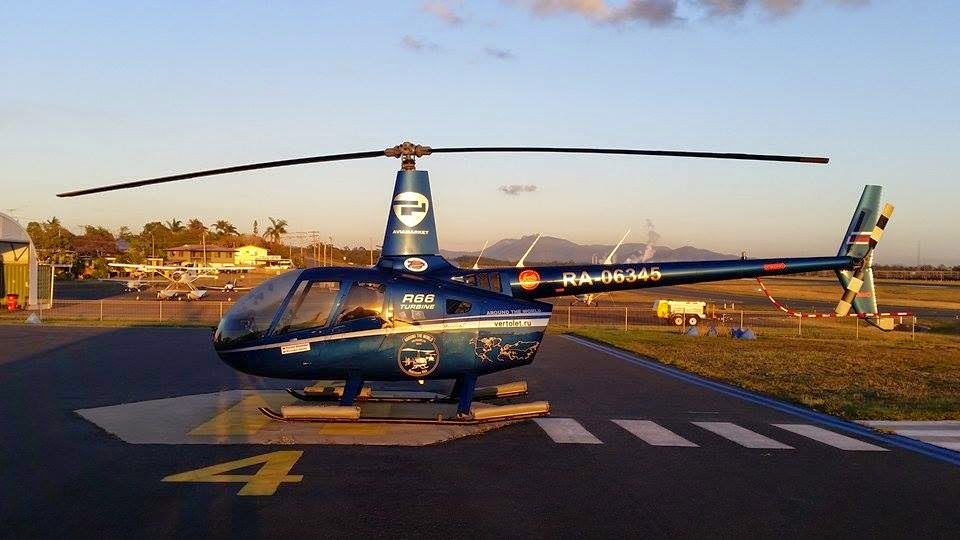 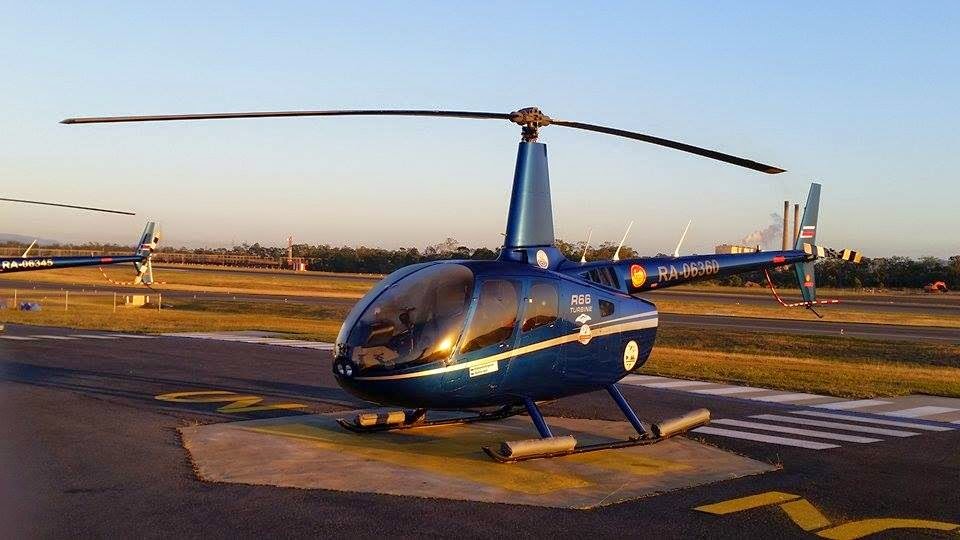 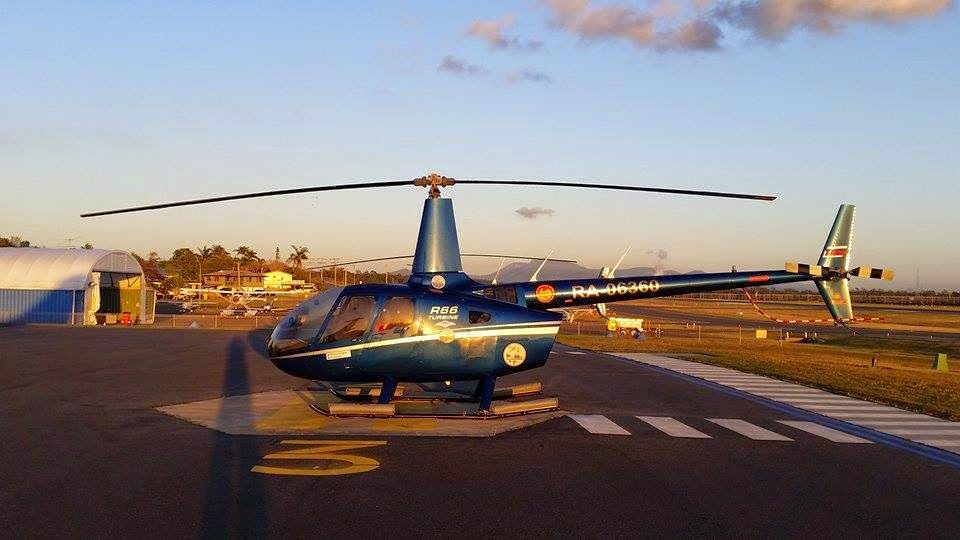 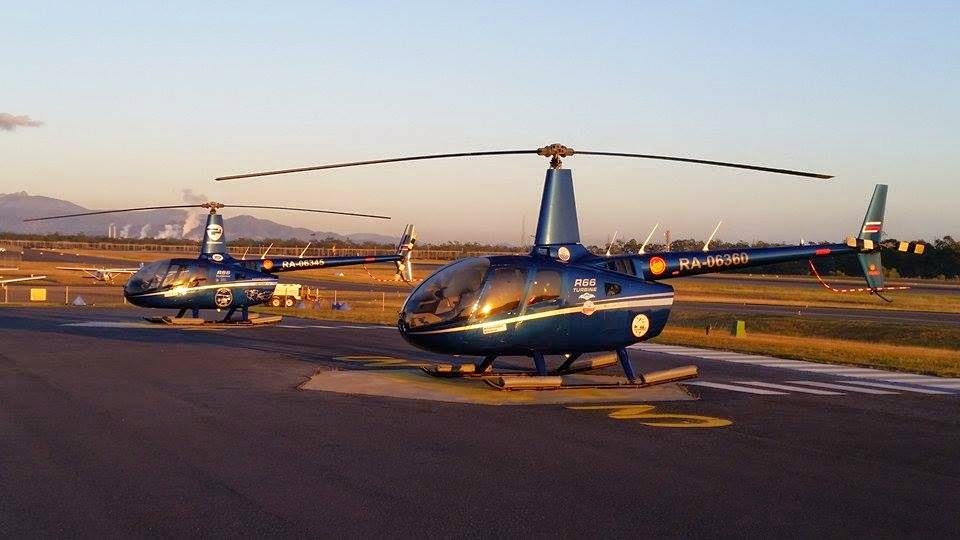 The two helicopters wear some great titles - predominantly highlighting the around-the-world flight - but also advertising the company "Aviamarket" ("Heliport Istra") - promoted as the largest service centre and sales of new helicopters and official dealer Robinson Helicopter Company in Russia.  Visit the website - although it is mostly in Russian - http://www.vertolet.ru/ 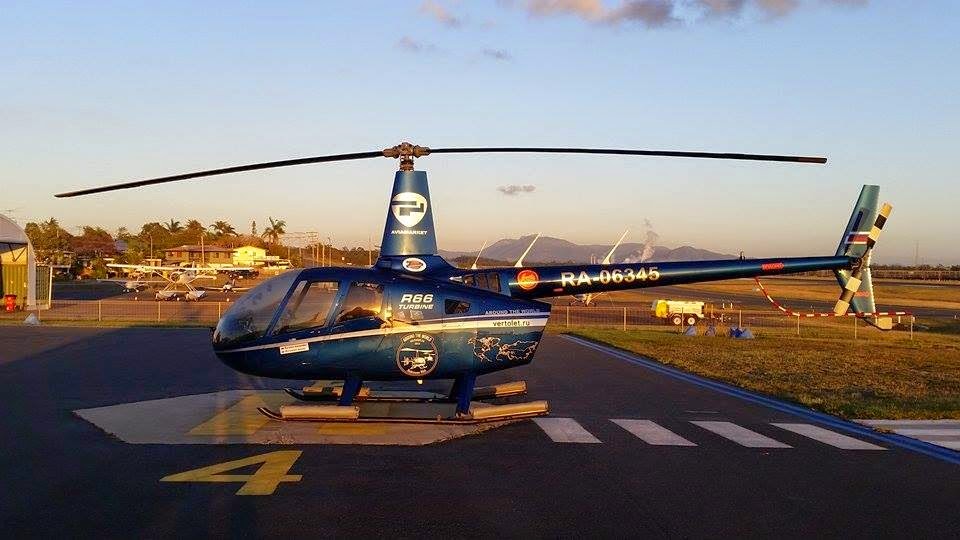 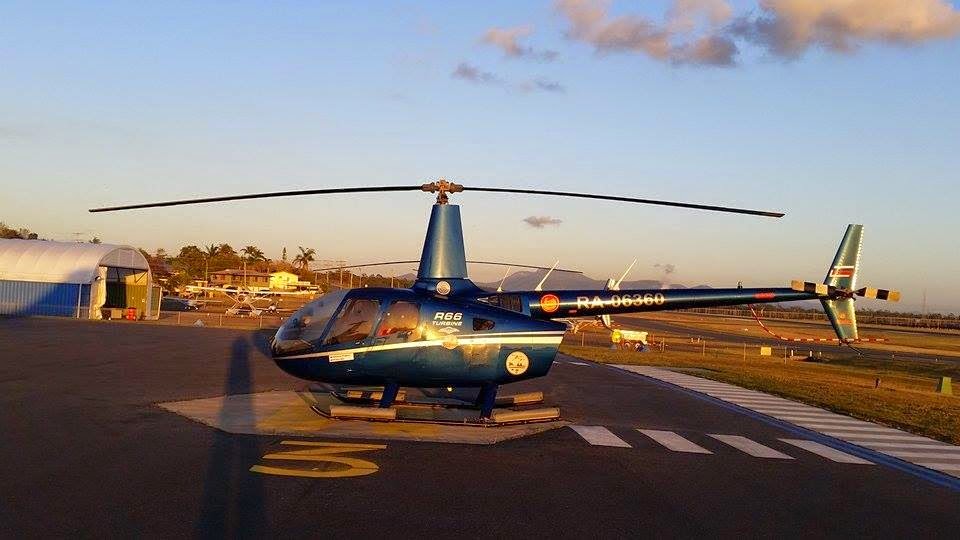 The helicopters were due to depart South during Friday with the destination either being the Helitech facility in Brisbane or further down to the Heli-Biz facility at the Gold Coast Airport.

My sincere thanks to Col for the allowing us to share his great photos of these great helicopters!