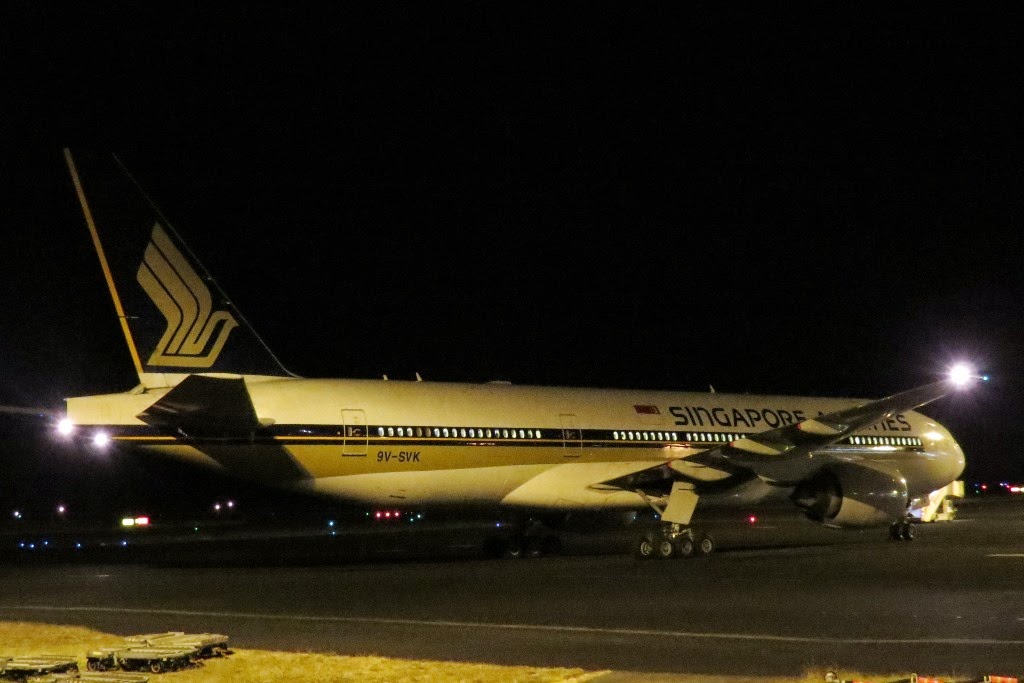 This third series of heavy jet charters into Rockhampton Airport in support of the Singapore Armed Force's Exercise Wallaby 2014 continued on Tuesday 28 October with Singapore Airlines Boeing B777-200 9V-SVK touching down direct from Singapore's Changi Airport as SIA8931. 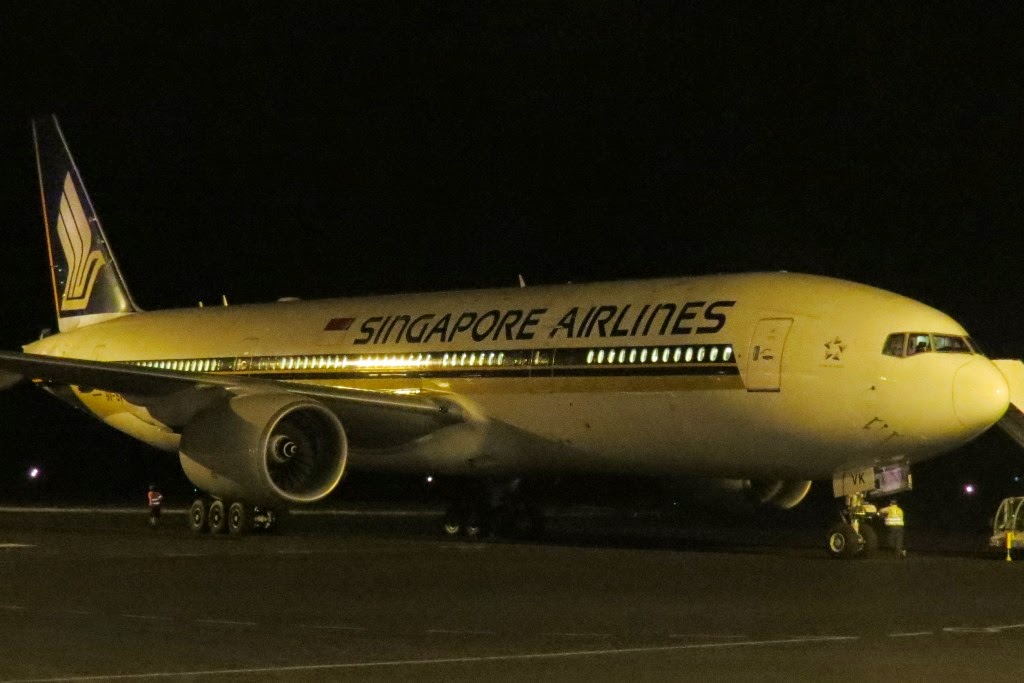 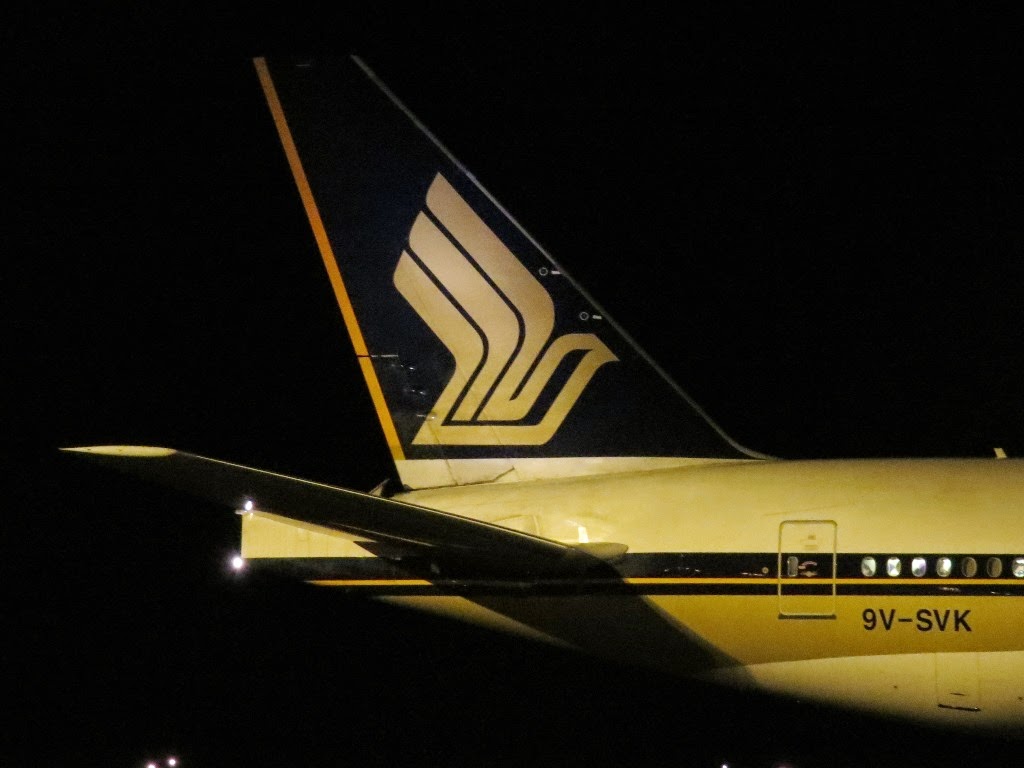 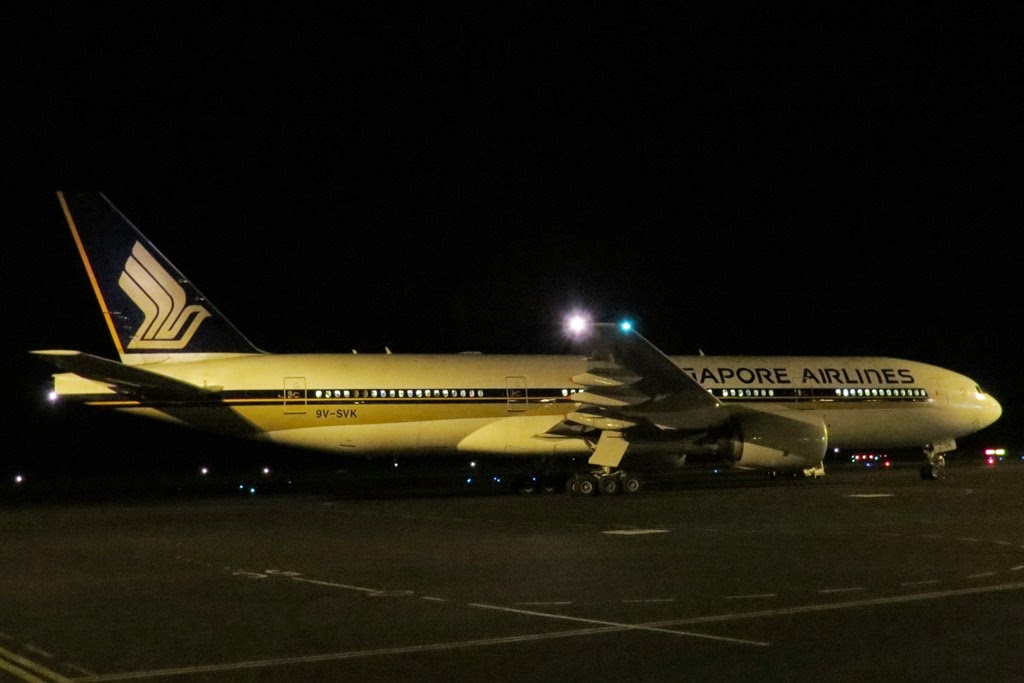 After a couple of hours on the ground, 9V-SVK departed back to Singapore as SIA8932.

Soon after its departure fellow Singapore Airlines B777-200 9V-SVH again touched down at Rockhampton Airport - this time as SIA8933 from Singapore. 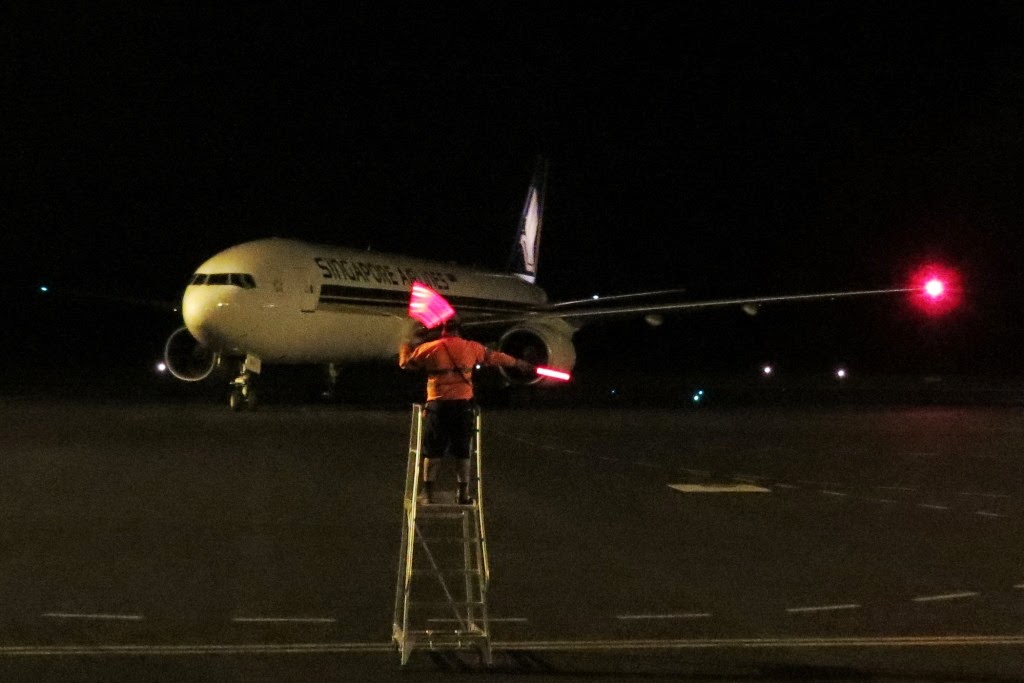 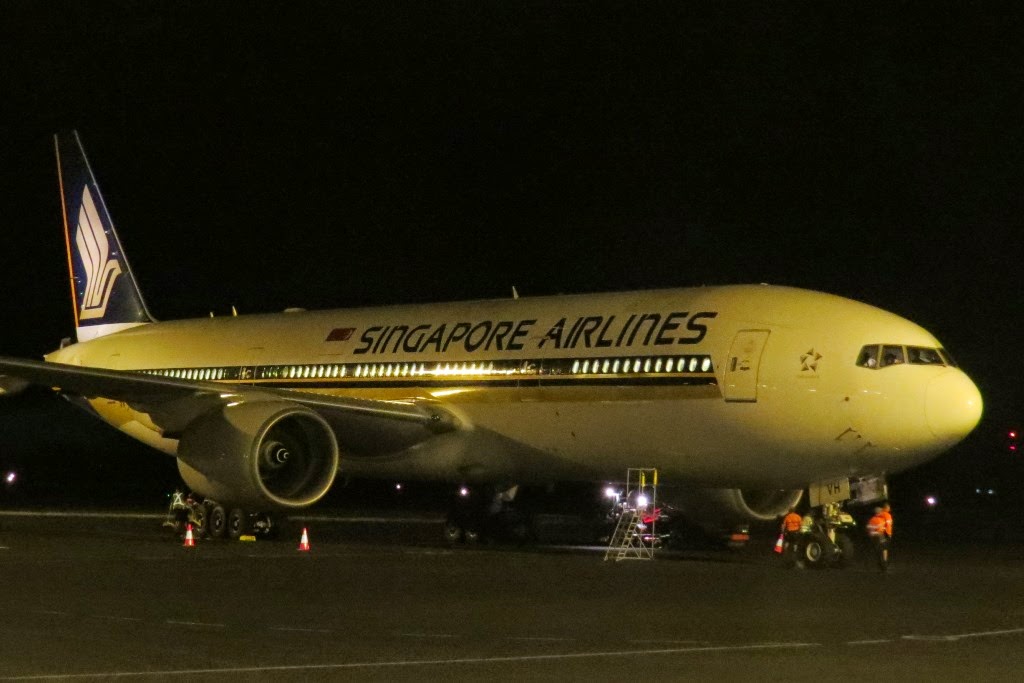 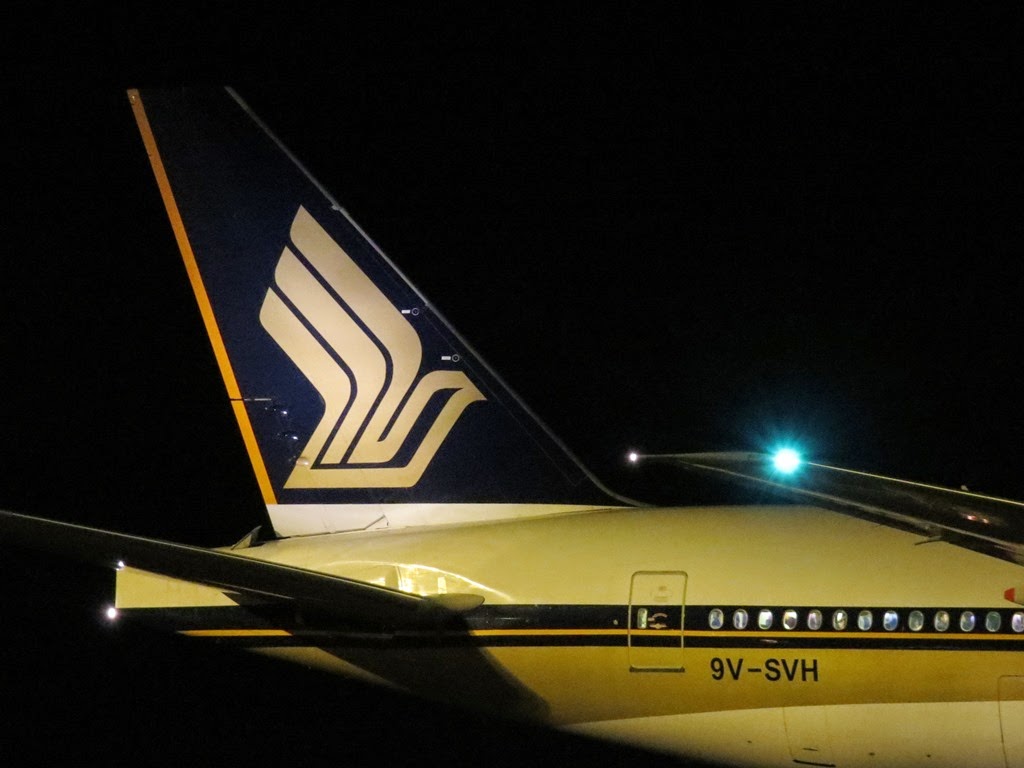 After it too was loaded a full load of passengers and cargo, it departed in the early hours of Wednesday 29 October as SIA8934 direct to Singapore.

One final Singapore Airlines B777-200 is expected to touch down later on Wednesday 29 October.

Sincere thanks to local plane spotter 'IAD' who ventured out to Rockhampton Airport to capture these two great heavy jets to visit Rocky!