On this occasion, it was noted calling into Mackay Airport from Brisbane.  After a couple of hours on the ground, it departed back to the capital.

Meanwhile, later on Wednesday 29 October, Virgin Australia Embraer E-190 VH-ZPR was operating as VOZ617 from Brisbane to Mackay and was forced to turn back to Brisbane as it was approaching Yeppoon. 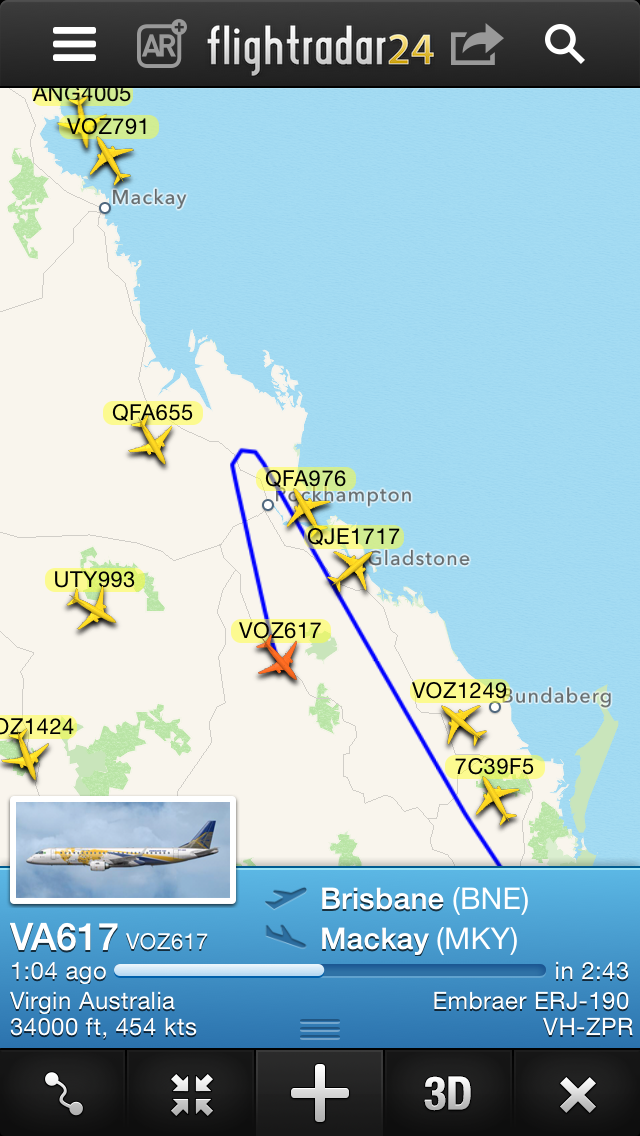 Reports suggest that VH-ZPR had an altitude mis-match problem and it seems that to land the aircraft successfully, VH-ZPR returned to Brisbane to land via an ILS approach.

Finally, it's worth noting that locally-based Raytheon 390 Premier 1 bizjet N7088S arrived back into Mackay Airport on Tuesday 28 October from the Gold Coast.  It had flown to the Gold Coast the week before.

UPDATE!  N7088S operated a return flight to Brisbane from Mackay on Thursday 30 October.  And now a flight for N7088S is scheduled on Friday 31 October also from Mackay to Brisbane.
Posted by Damian F at 8:31 AM