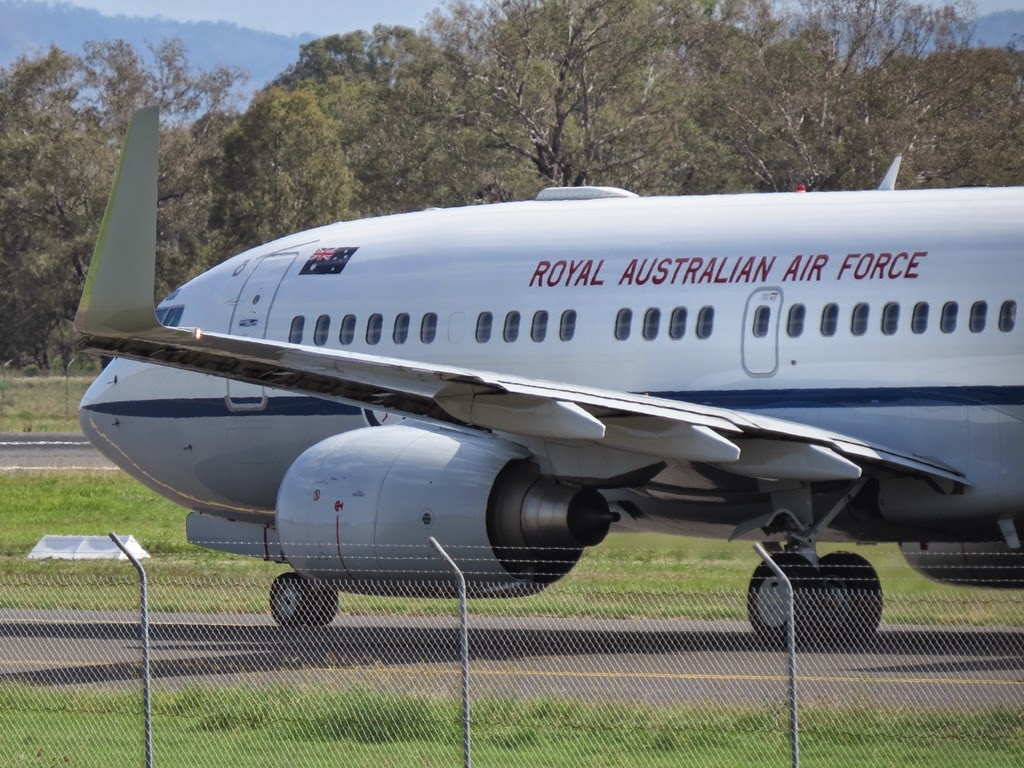 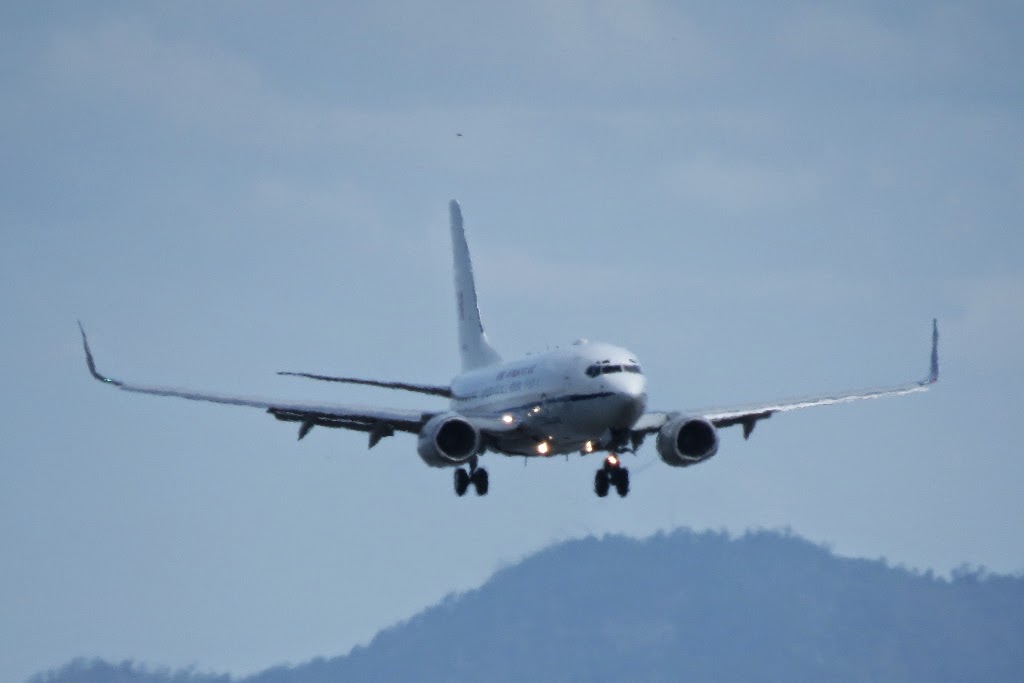 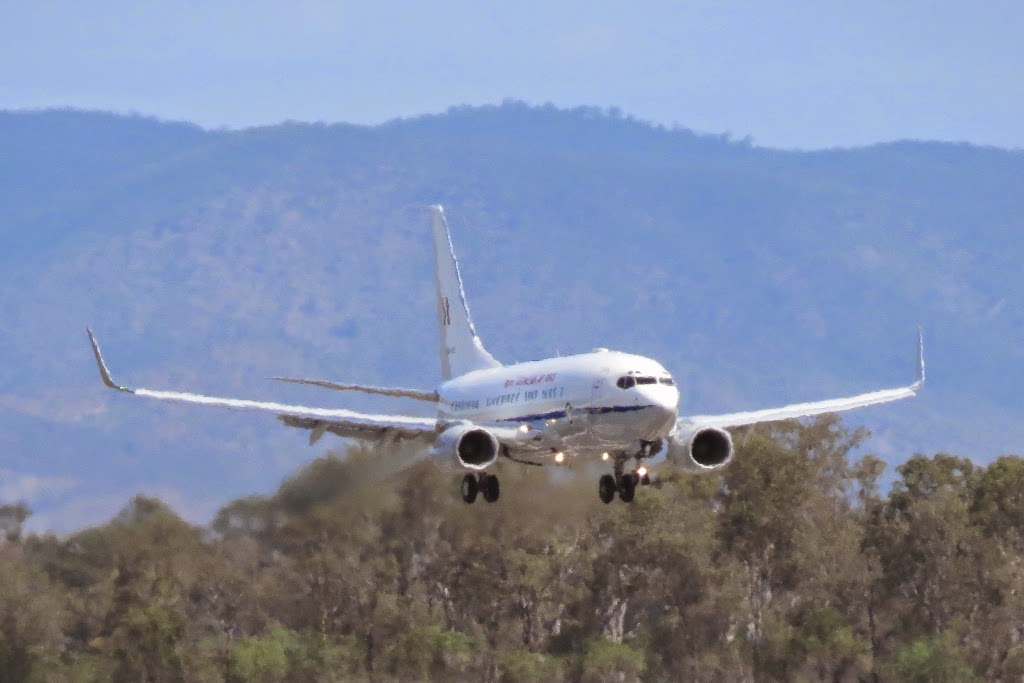 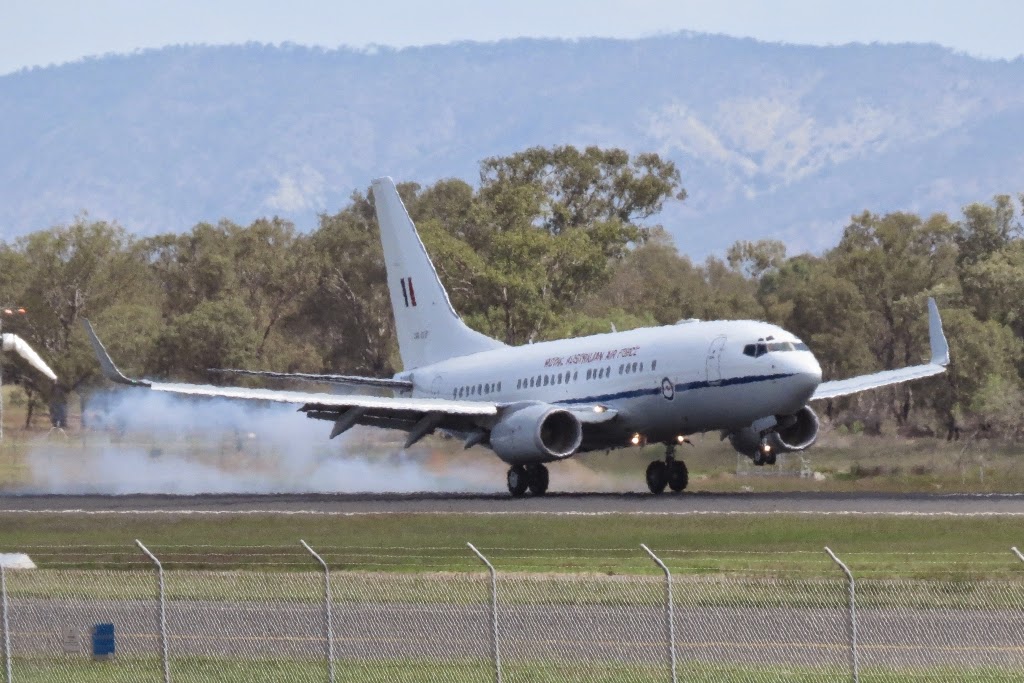 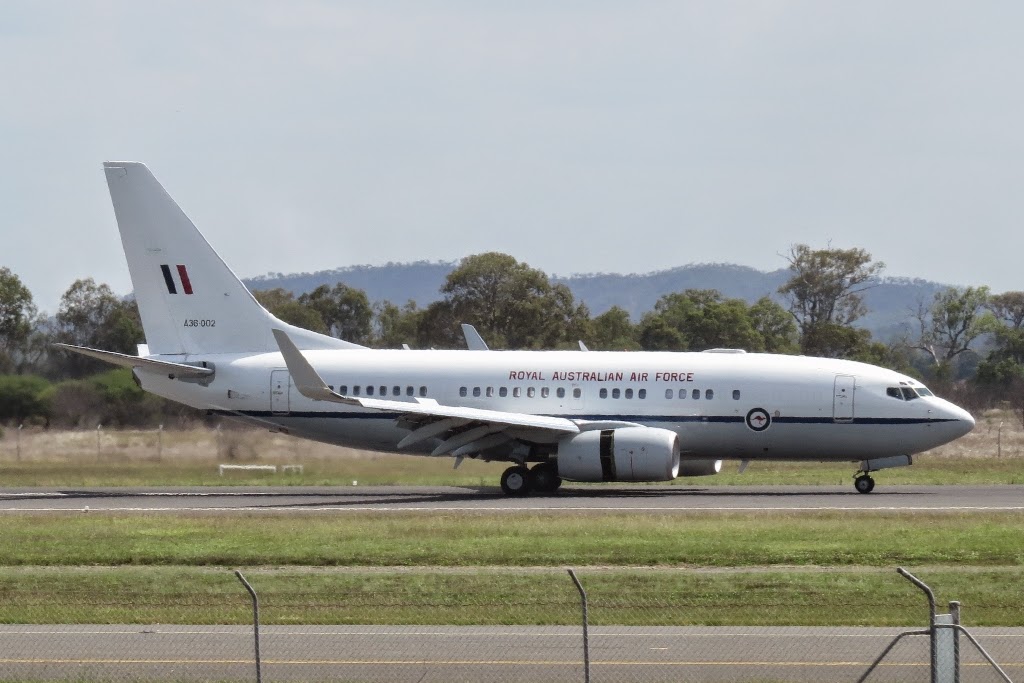 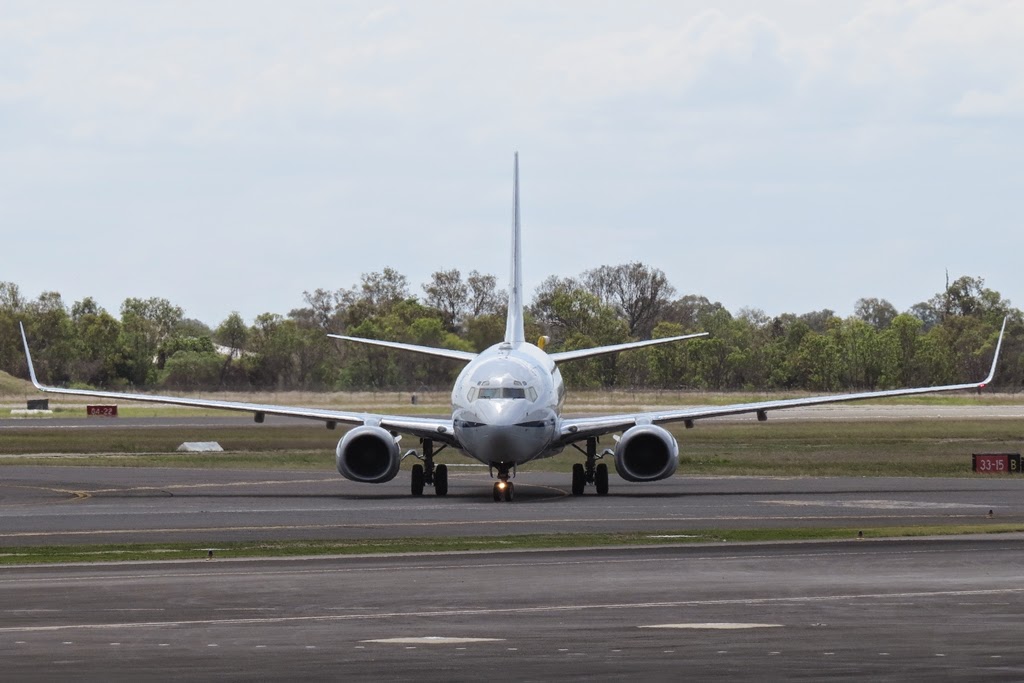 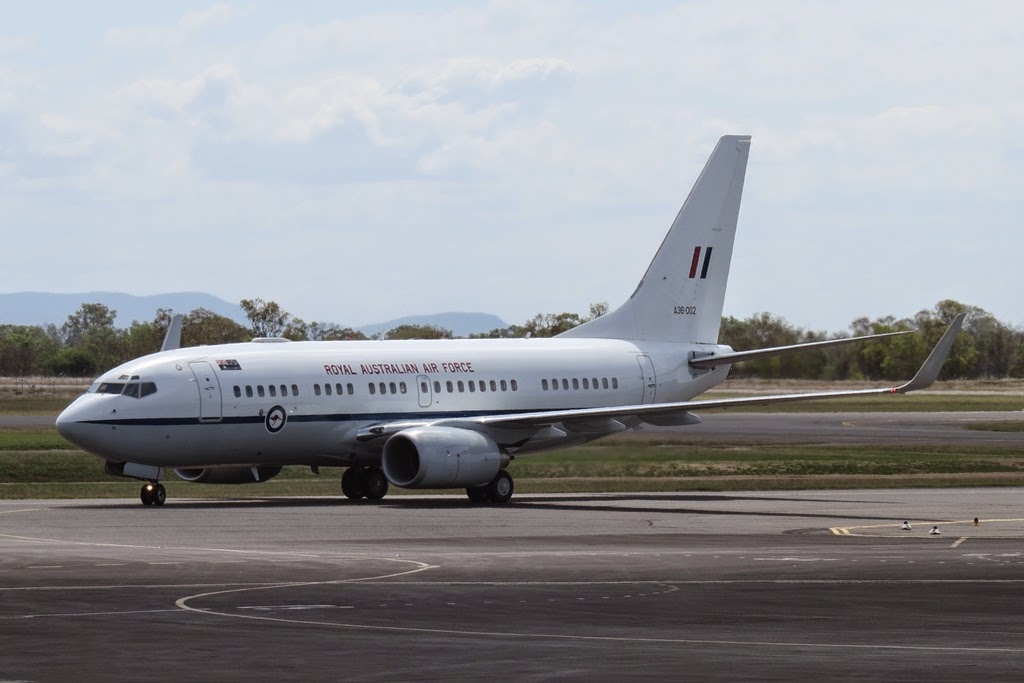 As the photos by local plane spotter 'IAD' show, A36-002 was ferrying Australian Prime Minister Tony Abbott to Rockhampton to join in at a local celebration. 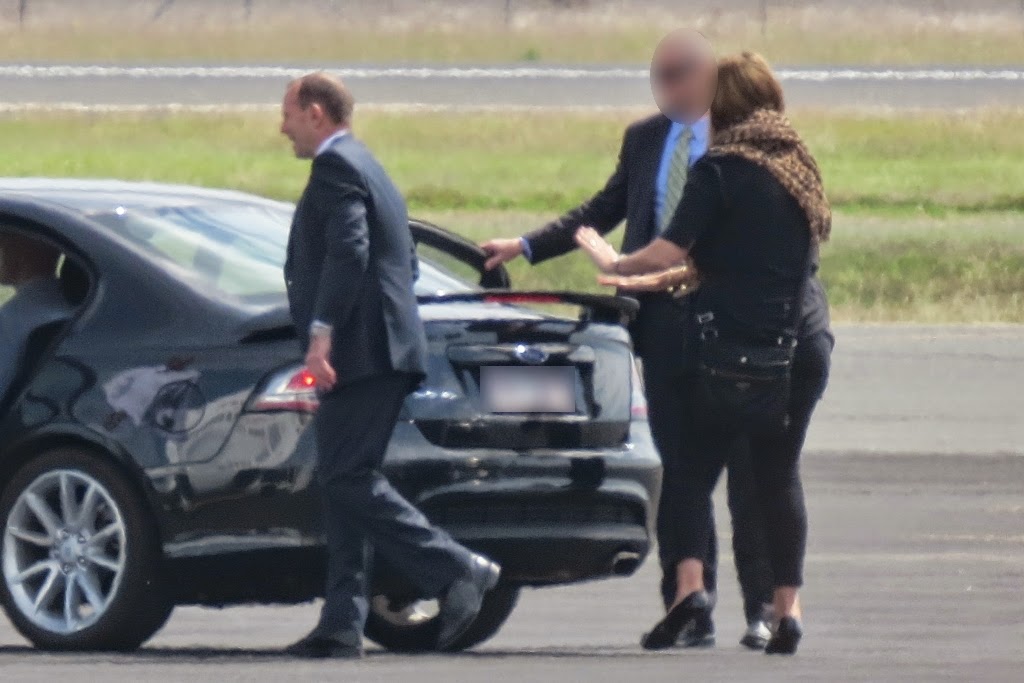 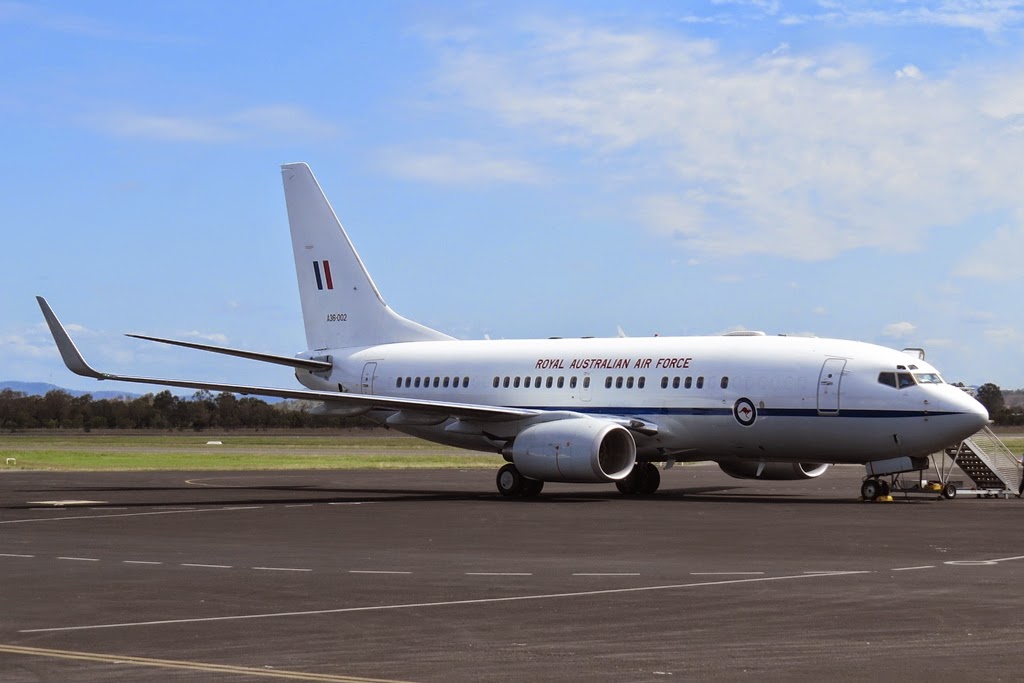 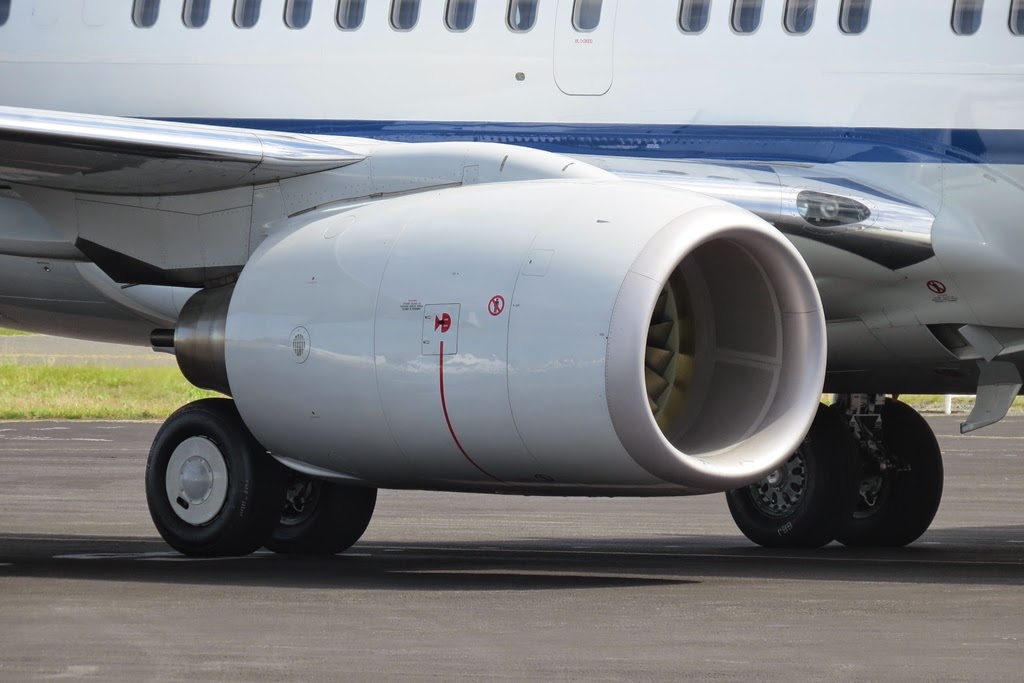 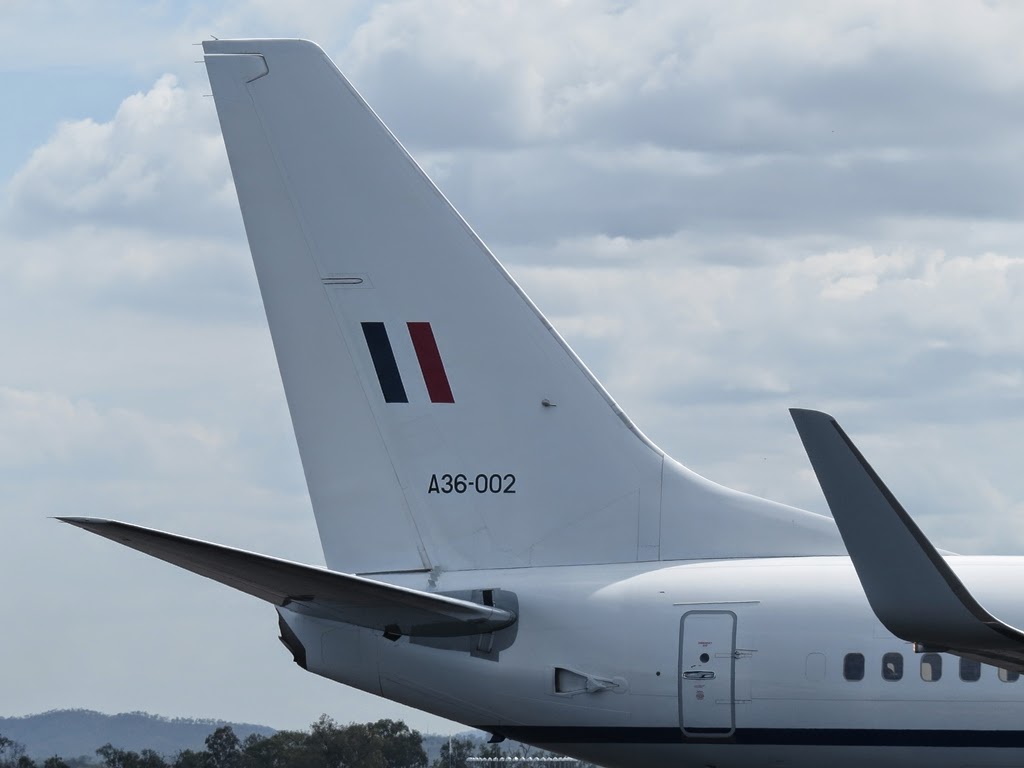 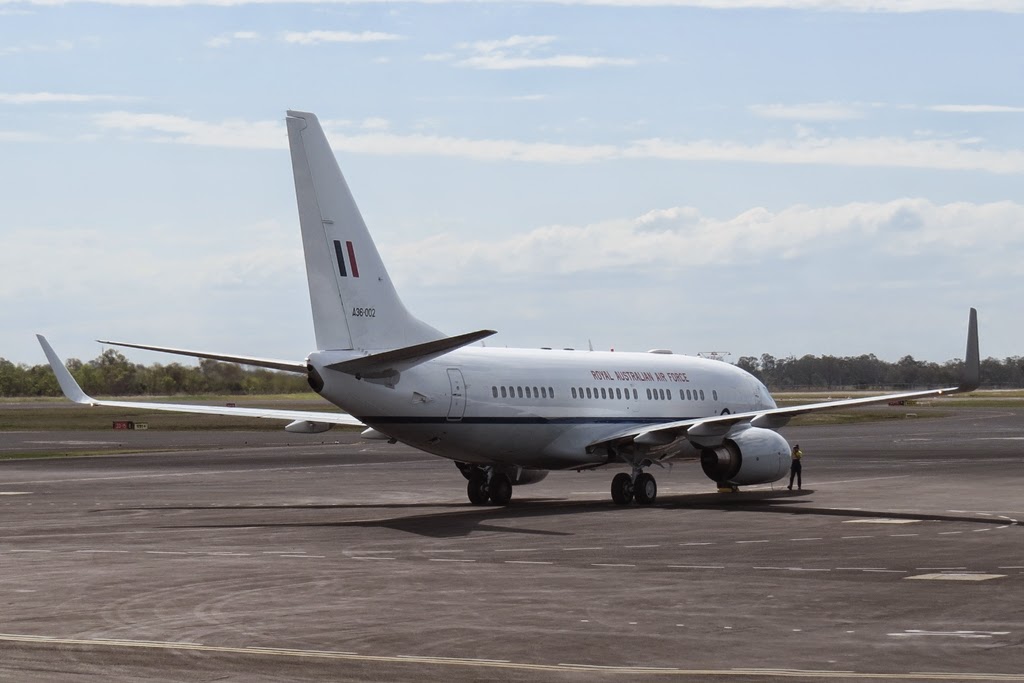 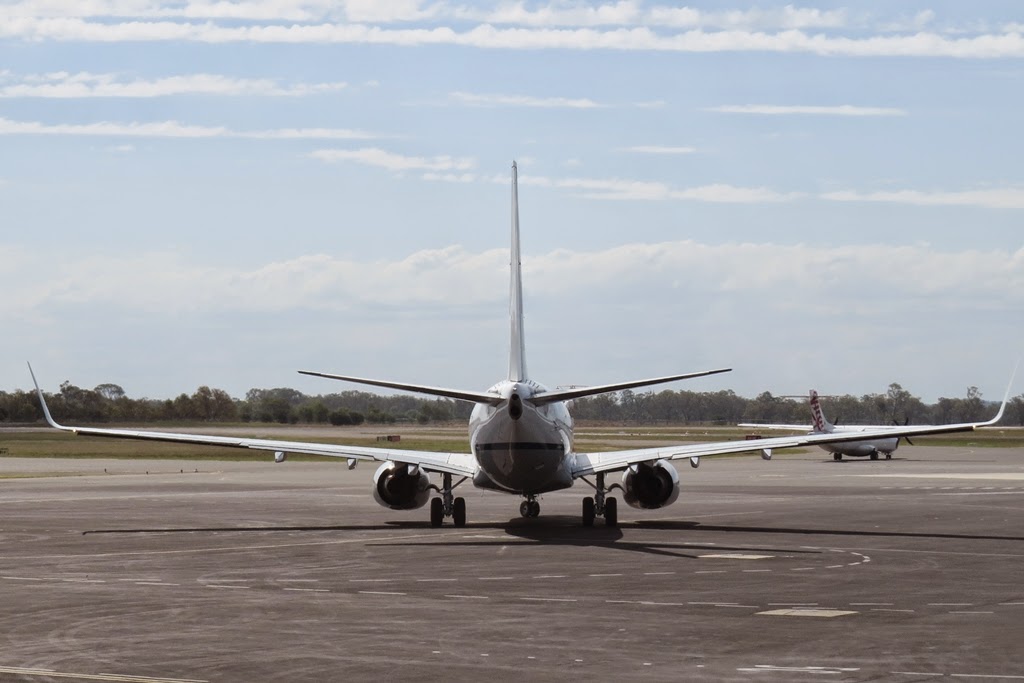 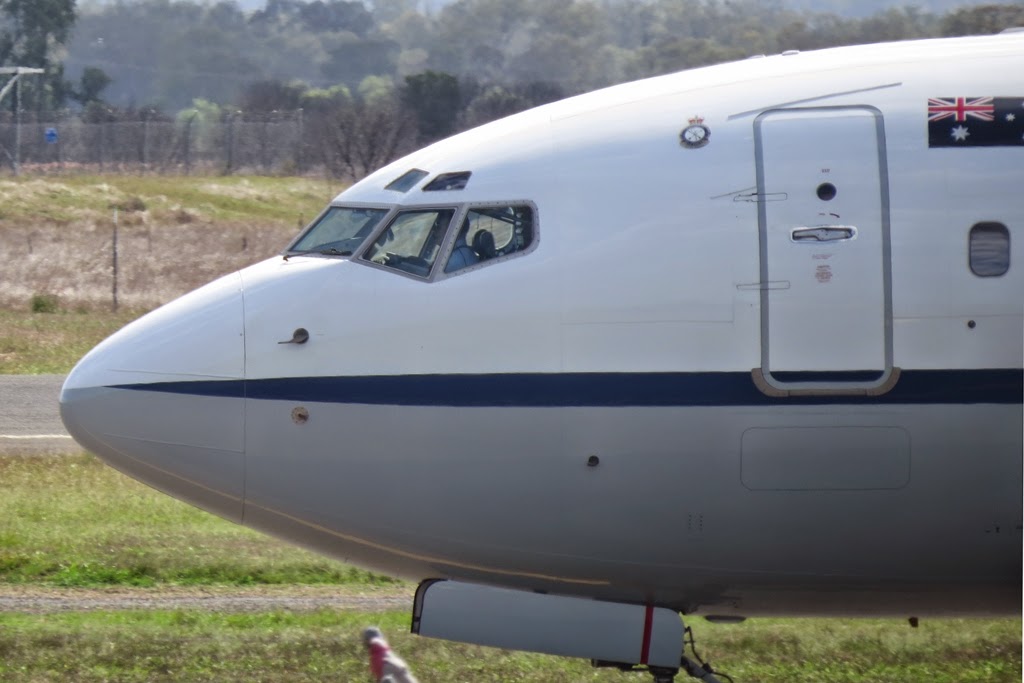 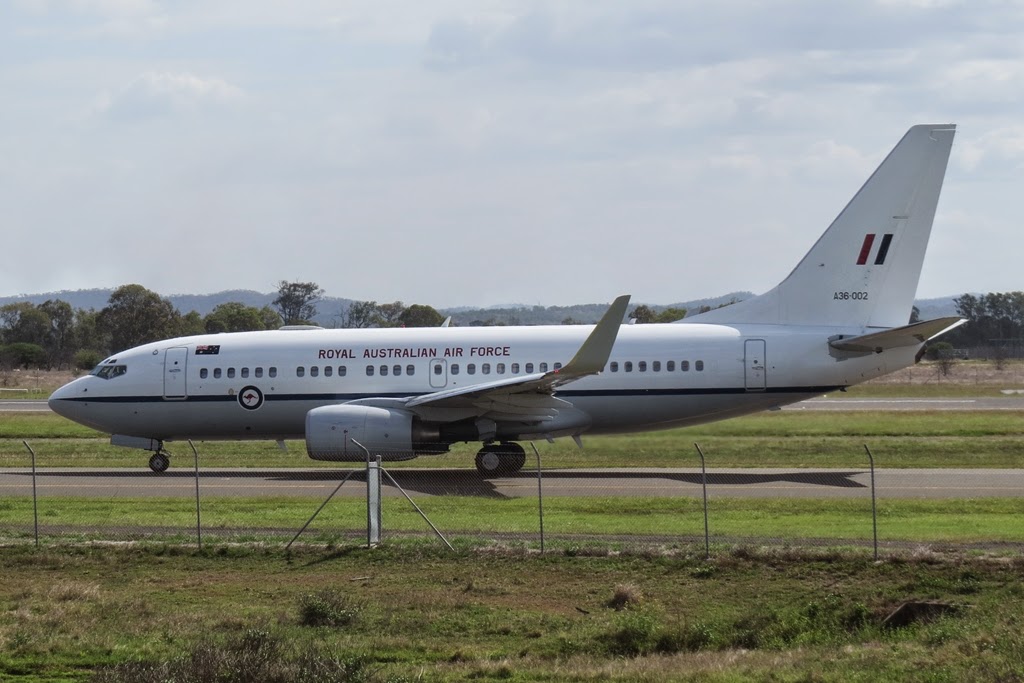 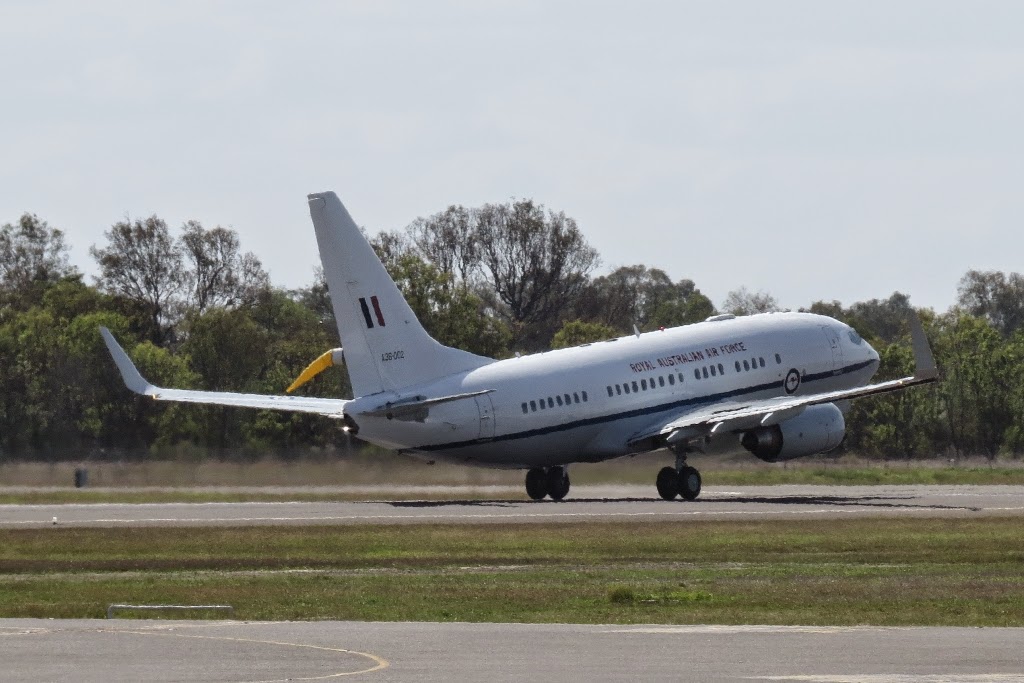 So, presumably, there will be another RAAF VIP aircraft to call into Rockhampton on Monday 13 October.

Meanwhile, Surveillance Australia / Australian Customs and Border Protection Service (Cobham Aviation) Dash-8-300 VH-ZZG has been operating sorties out of Rockhampton Airport of late and was also captured by 'IAD' as it touched down at Rocky as "Customs 66" after completing one such sortie also on Sunday 12 October. 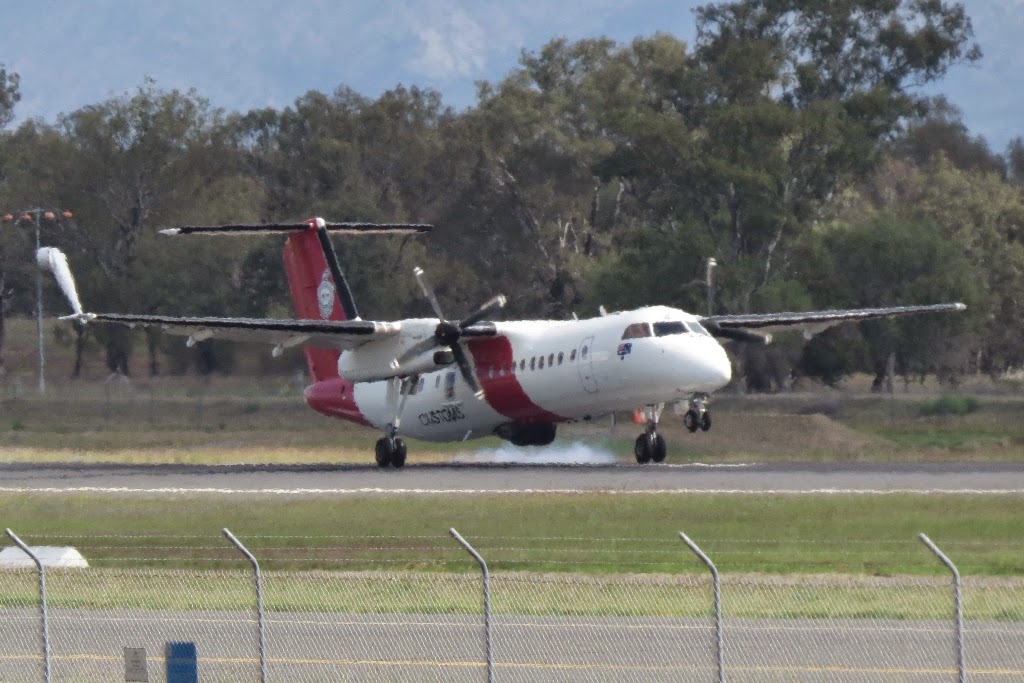 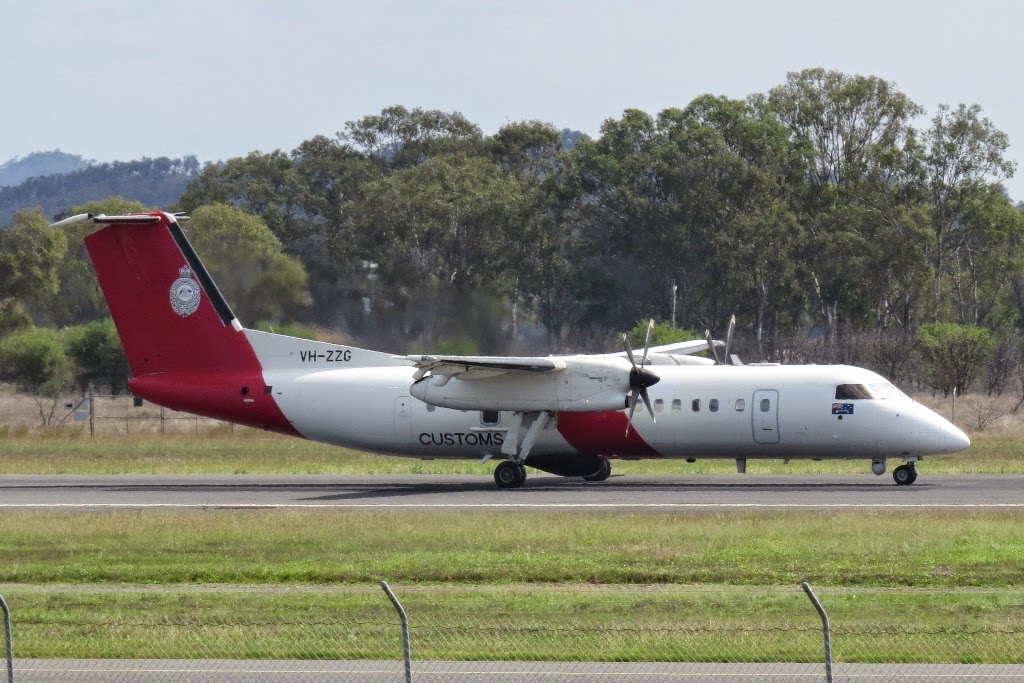 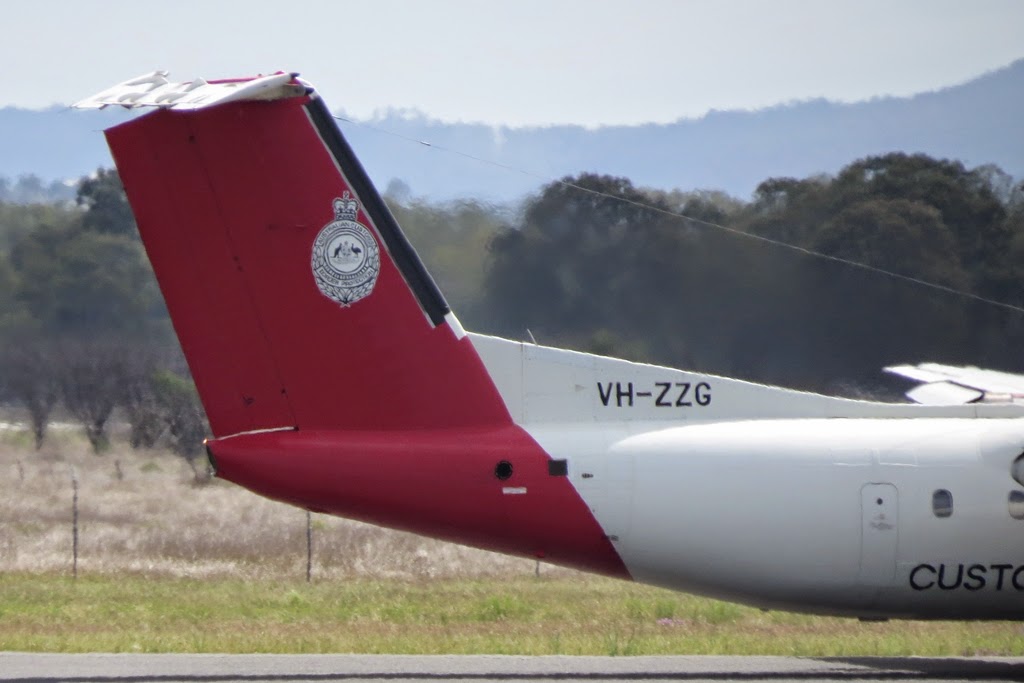 A great set of photos in tricky conditions given the amount of heat haze!

Sincere thanks to 'IAD' for sending them through!