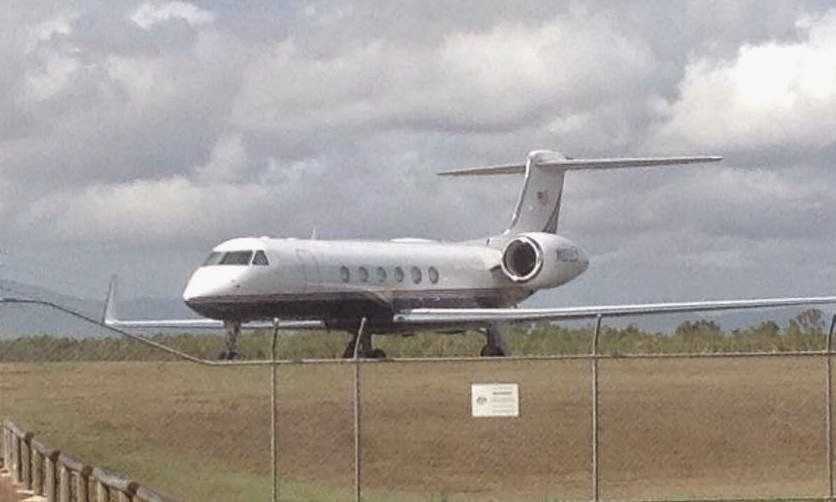 It remains parked at Prosie.

Meanwhile, a couple of Australia-based bizjets have departed Hamo over the weekend with Shortstop Jet Charter British Aerospace BAe-125-1000B VH-LMP departing to Melbourne (Essendon) on Saturday 11 October, while Cessna 500 Citation I VH-SOU looked to depart to Bankstown on Sunday 12 October.

Thanks Matt for the photo!

Photo taken by Matt Midgley  ©
Posted by Damian F at 6:00 AM