Its movements are not known, however it did appear to depart to the North.

Meanwhile, a couple of other interesting light General Aviation (GA) aircraft movements were also noted at Rockhampton Airport on Monday 6 October including Cessna 208 Caravan VH-DJG which called in from 'Natal Downs' and later departed to the Gold Coast. 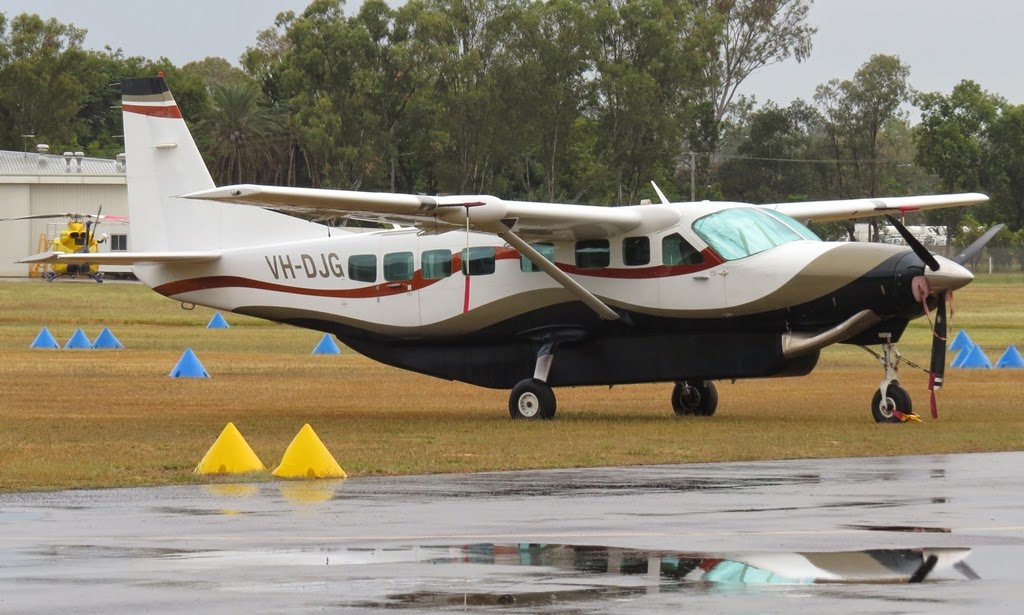 Calling in from the Gold Coast was Melbourne-based Interair / Photomapping Services Cessna 402B VH-KCL.  It later departed to Townsville, and called back in on Tuesday 7 October before departing to Toowoomba.  Brisbane-based Piper PA-32R-301 VH-OKD also called in but from Agnes Water, while locally-based Mooney M20K VH-MYV arrived back at Rocky following a weekend away at Cairns.