Local plane spotter 'IAD' also called out to Rockhampton Airport late on Tuesday 7 October and captured some more great photos of the visiting Singapore Airlines Boeing B777-200 9V-SVO as it loaded and then departed Rocky direct to Singapore (Changi) Airport as SIA8932. 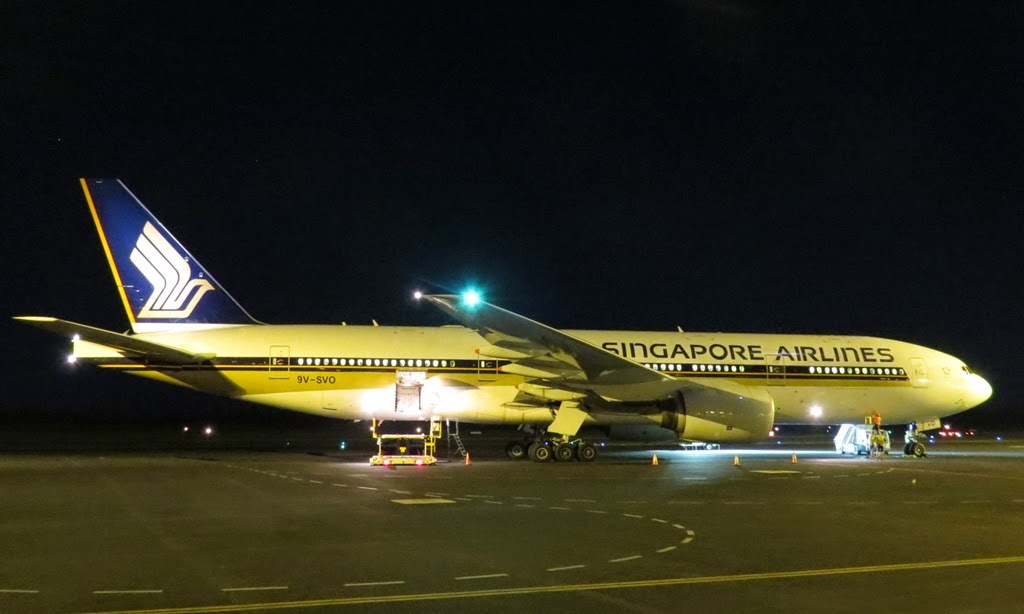 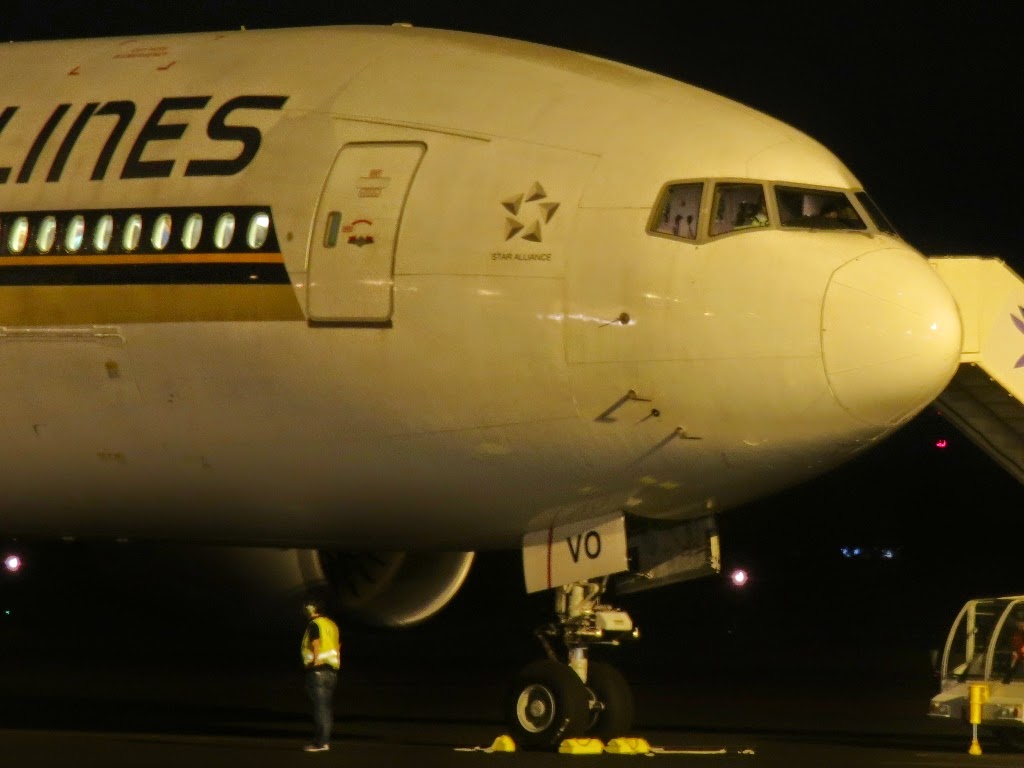 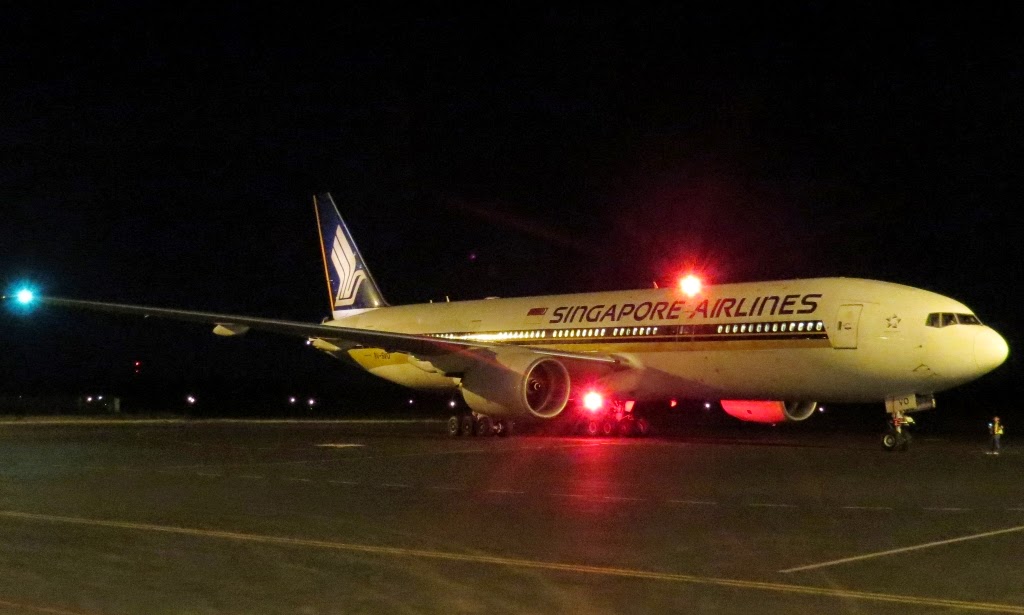 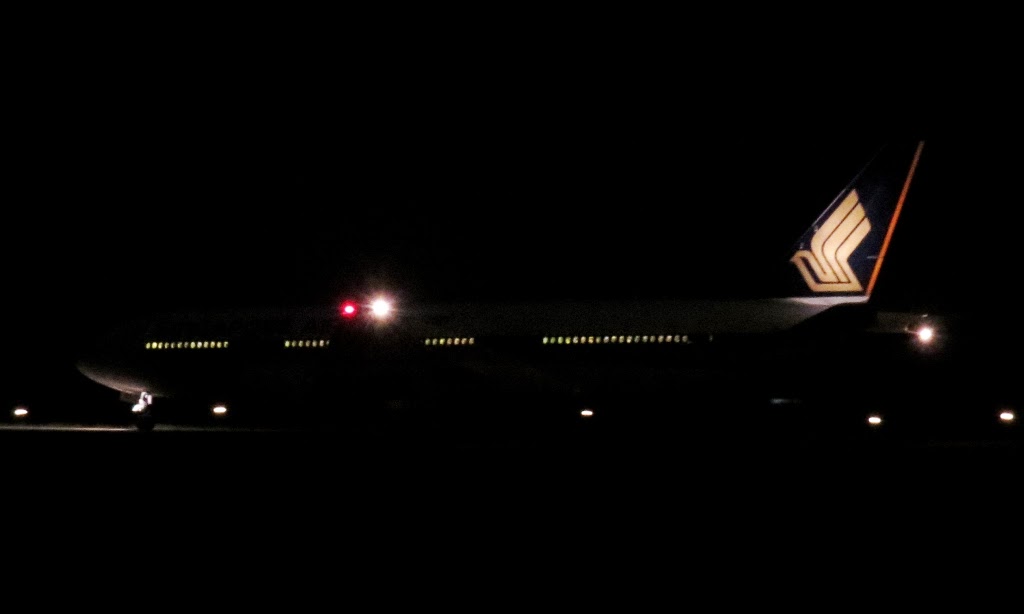 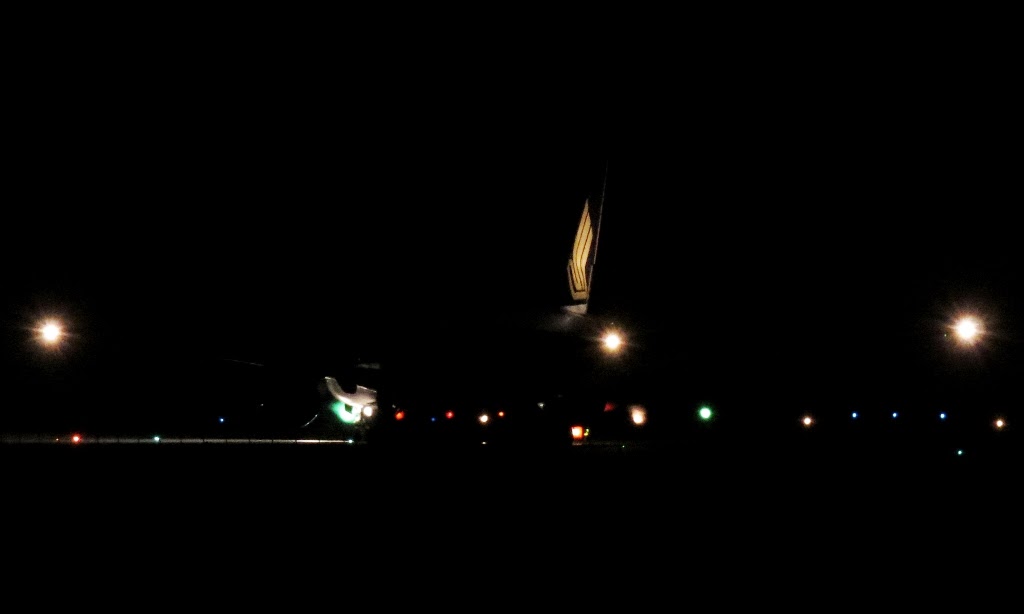 As mentioned below, it had earlier arrived from Singapore as SIA8931.

At the time of writing, 9V-SVO is expected to return to Rockhampton late on Wednesday 8 October operating another in this the second wave of heavy jet charters in support of the Singapore Armed Force's Exercise Wallaby 2014. 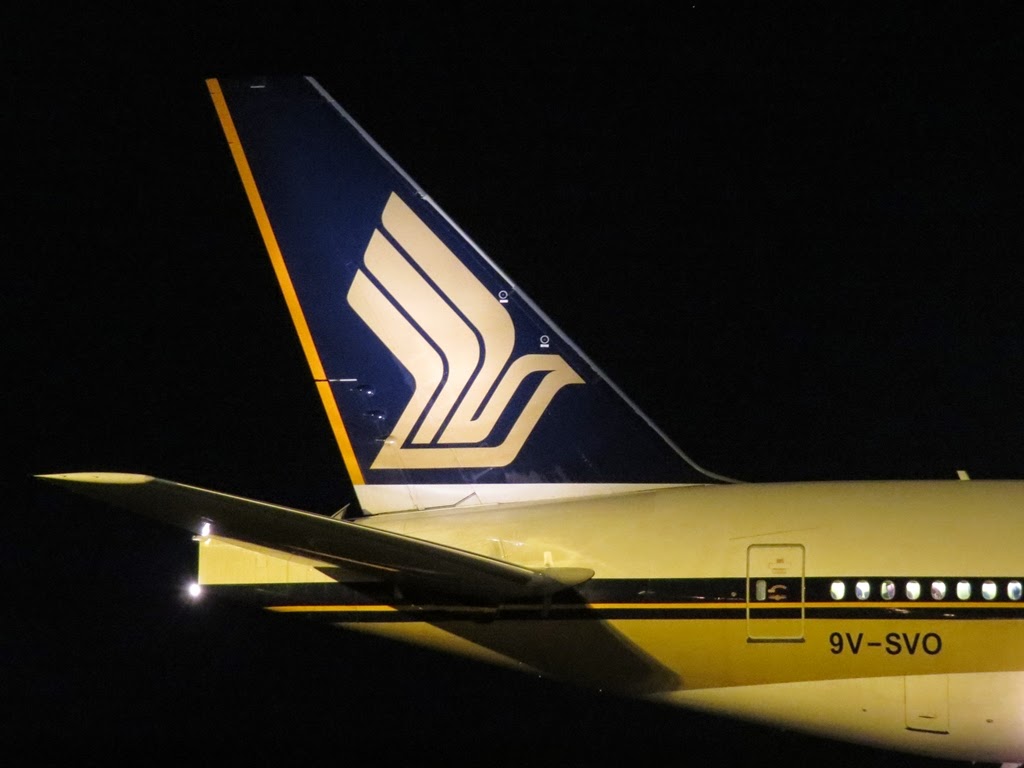 Stay tuned to the CQ Plane Spotting Blog Facebook page for all the latest updates!