A Couple of Beaut Bizjets Pop into Bundaberg Airport

As per his fantastic 'tip-off' (which we brought to you via Facebook and Twitter!) local plane spotter Micah S captured a couple of great photos of a beaut pair of bizjets to pop into Bundaberg Airport early on Thursday 5 December. 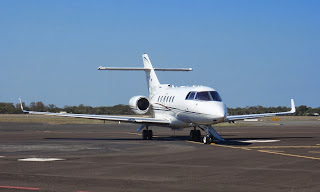 The Queensland Government (State of Queensland) Airwing Raytheon Hawker 850XP bizjet VH-SGY was visiting Bundaberg.  Reports suggest that it arrived shortly before dawn from Brisbane, and departed back there shortly before lunch.  This was VH-SGY's second visit to Central Queensland this week - see Blog Post below! 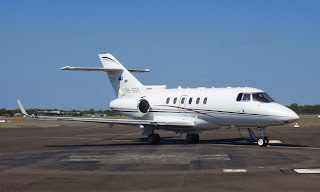 Also touching down in the rum-city early on Thursday 5 December was Jet City (Melbourne) Learjet 45 VH-LJX. It arrived at Bundaberg from its base at Melbourne (Essendon). 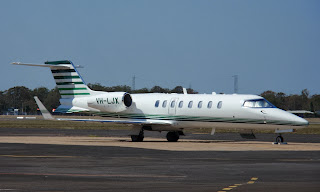 VH-LJX is the latest Learjet for Jet City, joining Learjet 35A VH-JCR and VH-LJJ, along with Learjet 36 VH-JCX in their fleet.

Also spotted by Micah at Bundaberg Airport on Thursday 5 December was the morning QantasLink Dash-8-Q400 arrival from Brisbane with VH-QOX operating the QLK2320 service. 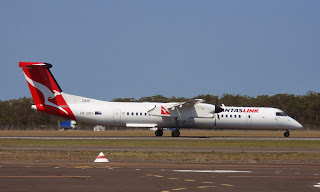 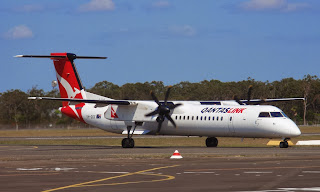 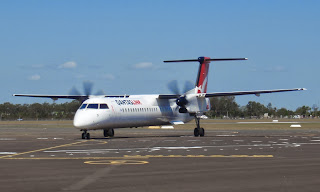 Sincere thanks to Micah for sending through these great photos of a couple of lovely bizjets to call into CQ!