In 2008, I made regular car trips to the small Central Queensland mining town of Dysart - a major service centre with a population of around 3000 people who mostly work for the nearby coal mines including the (now closed) Norwich Park coal mine and Saraji coal mine.  In 2008, the small Dysart Aerodrome - located about 4km from Dysart on the Middlemount (connection) Road - received regular fly-in fly-out (FIFO) charter flights operated by Skytrans Airlines Dash-8-100 aircraft and General Aviation Maintenance (GAM) Dornier DO228 aircraft, mostly from Mackay and Brisbane. 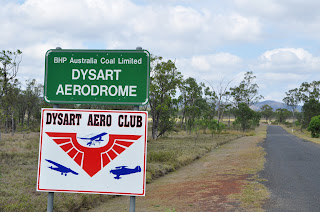 During 2008 at Dysart Aerodrome, I spotted Skytrans Dash-8-100s VH-QQC (in the airlines' very old colour scheme), as well as VH-QQJ during September wearing a "Cairns Taipans" sticker highlighting the airlines' sponsorship of the North Queensland National Basketball League (NBL) team. 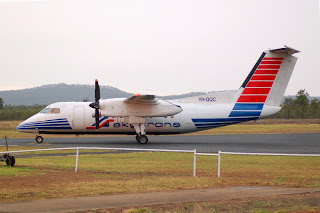 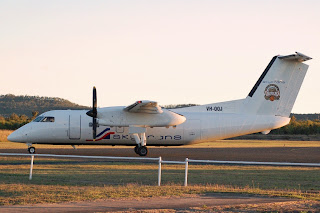 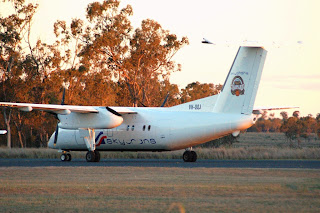 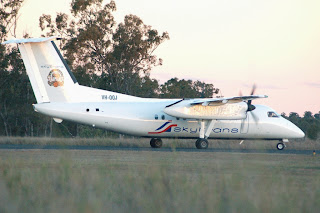 VH-QQJ was spotted operating one of these FIFO flights from Dysart to Mackay Airport. 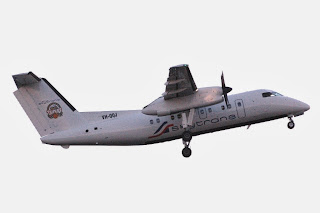 In November 2008 I spotted GAM Dornier 228 VH-VJE as it departed Dysart for Emerald and Brisbane.  The GAM Dorniers were became a regular sight in CQ for a period of time, operating (mostly) to Emerald, but also to Dysart, from Brisbane. 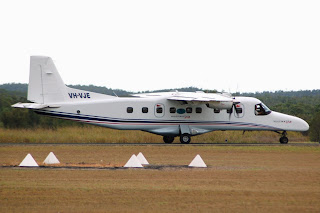 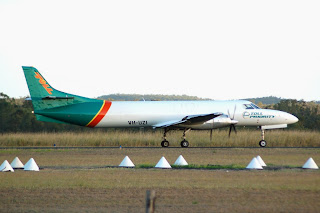 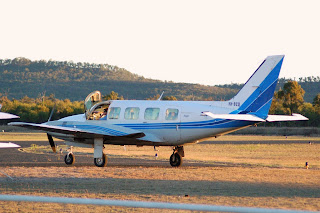 I really enjoyed seeing these lovely old images the other day whilst sorting through some old photos - and I certainly feel happy and satisfied to share them with you!
Posted by Damian F at 6:07 AM