Australian Army Sikorsky S-70A-9 Blackhawk Helicopter A25-101 was noted at Mackay Airport, and then later photographed at Gladstone Airport on Monday 16 December. 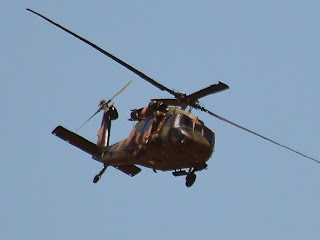 Local plane spotters Jamie C and Tash C were once again on hand to capture its arrival into Gladstone from Mackay.  After taking on fuel, it later departed to parts unknown.  A25-101 was heard to be using the radio callsign "Warhorse 101".

Meanwhile, 'IAD' spotted a pair of unidentified Blackhawk helicopters on the ground at Rockhampton Airport also on Monday 16 December. 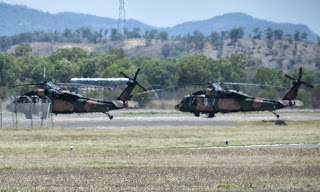 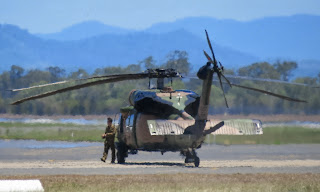 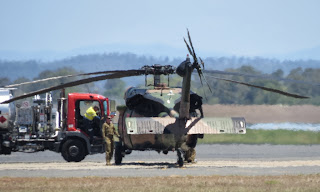 As all these photos show, the hot summer weather and resulting heat haze make capturing nice images a challenge!

Thanks to Jamie, Tash and 'IAD' for their efforts in capturing and sending these images through!