It's been a great week of plane spotting action at Gladstone Airport this week so far, and local plane spotters Jamie C and Tash C have again sent through some fantastic photos of some of the action. 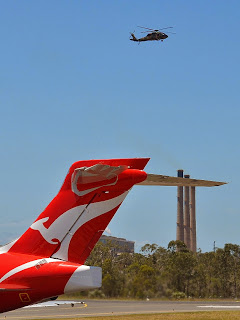 As mentioned below, on Monday 16 December Australian Army Blackhawk A25-101 popped into Gladstone for a visit - at about the same time, QantasLink (Cobham Aviation) Boeing B717-200 VH-NXG was preparing for departure back to Brisbane as QJE1707. 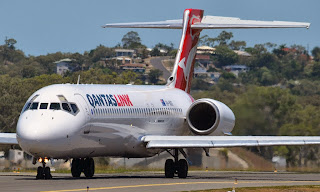 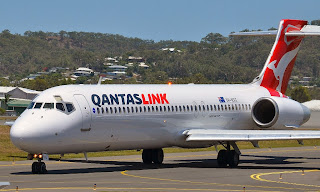 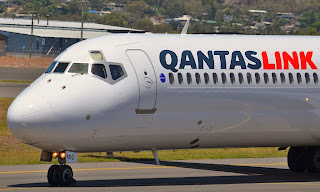 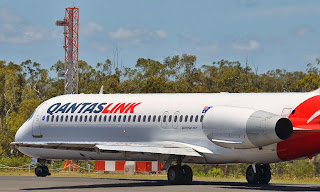 Interestingly, VH-NXG also operated additional QantasLink flights from Gladstone but to Sydney on Thursday 19 December and Friday 20 December.  VH-NXG initially positioned to Gladstone from Brisbane before flying to Sydney as QJE1956.  It then re-positioned back to Brisbane.

On the other days this week, it is believed that a QantasLink Dash-8-Q400 turbo-prop aircraft may have also operated additional flights between Gladstone and Sydney. 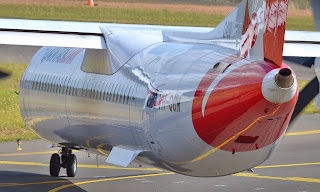 Meanwhile, on the lighter side at Gladstone Airport, some frequent visitors to Central Queensland called in for a visit with Papam Cessna 402B VH-RLX and Shadforth's Civil Engineering Contractors Cessna 414A VH-SMX photographed on Monday 16 December and Tuesday 17 December respectively. 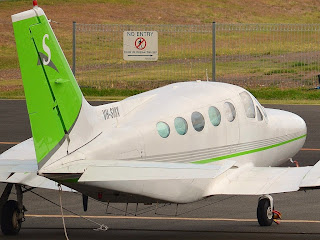 Also spotted on Tuesday were 1955-build Cessna 180 VH-VGW and Rockhampton-based Cessna 210 VH-CSD as they prepared for departure to parts unknown.

On Thursday 19 December, yet more interesting GA aircraft were spotted by Jamie and Tash with 1961-build Piper PA-24-250 VH-MCD departing for parts unknown.  Interesting in that there is a sizeable metal plate on the port-side of its fuselage.

And Cessna 210 VH-ELS was captured at Gladstone visiting from its Redcliffe base.

Also on Thursday 19 December, Jamie and Tash also captured a couple of interesting helicopters with Turner Aviation (of Bowral in New South Wales) Aerospatiale AS.350BA VH-SWH of passing through. 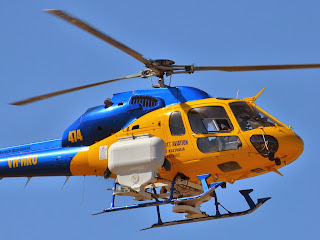 Thanks to Jamie and Tash for their continuing coverage of a truly great week of plane spotting action at Gladstone Airport so far this week!

At the time of writing (Friday morning) there is a lot more in store at Gladstone Airport with multiple Fly-in Fly-out (FIFO) movements scheduled over the next couple of days, along with the possibility of some larger aircraft being substituted on some scheduled RPT services into the industrial city.

Stay tuned to the CQ Plane Spotting for the all latest and great photos and news from CQ!