The early birds that ventured to Rockhampton Airport on Wednesday 4 December weren't disappointed as the Polet Aviakompania (Polet Airlines) Antonov AN-124 RA-82068 made a spectacular departure to Cairns as POT4714 just after 7am. 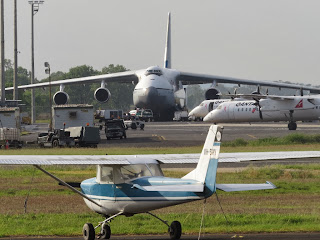 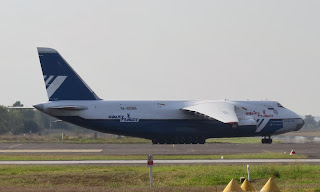 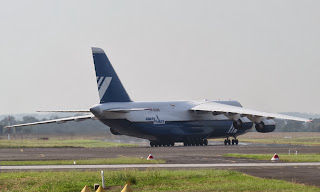 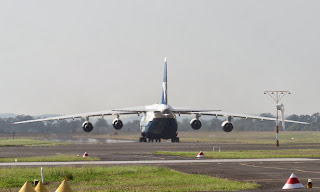 Local plane spotter 'IAD' was on hand to capture some stunning images of the giant Russian freighter as it gracefully lifted off from Rockhampton's Runway 33. 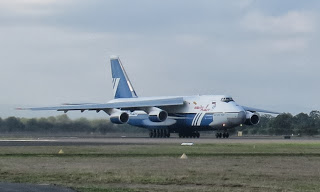 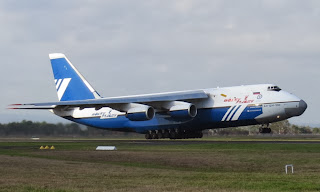 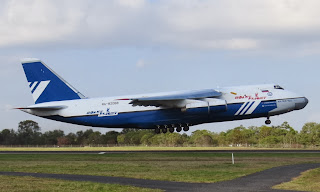 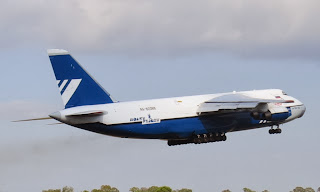 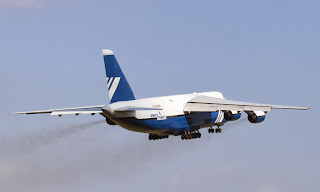 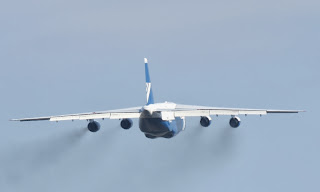 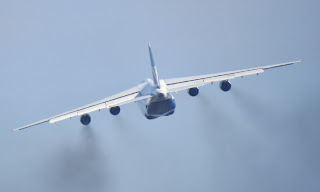 Meanwhile, 'IAD' popped back to Rockhampton Airport late on Tuesday 3 December  - after the Antonov had arrived back in the beef city - and captured some images of the Antonov being loaded with the two Republic of Singapore Air Force (RSAF) Boeing CH-47SD Chinook helicopters that had recently participated in the Singapore Armed Force's Exercise Wallaby 2013. 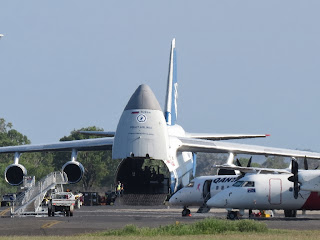 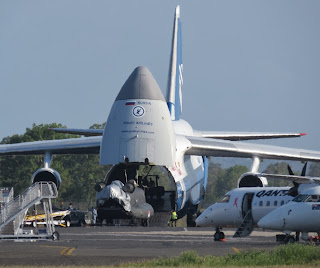 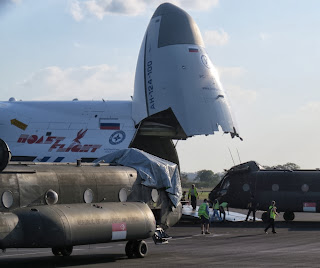 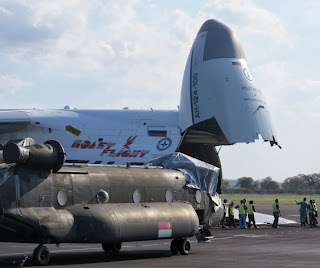 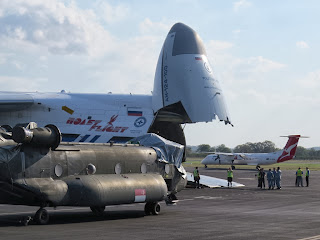 Some really great photos from 'IAD', and we sincerely thank him - and all the other Rockhampton plane spotters and aviation enthusiasts who have contributed over the last few weeks during Wallaby 2013 - for sending through their great photos!