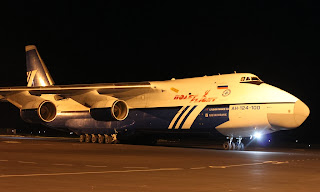 After making a popular visit to the beef capital late last week, the anticipated return of the massive Polet Aviakompania (Polet Airlines) Antonov AN-124 RA-82068 is due to occur later today on Tuesday 3 December. 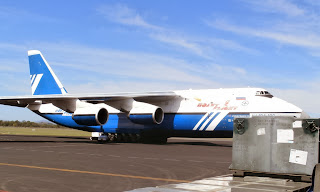 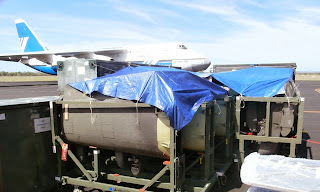 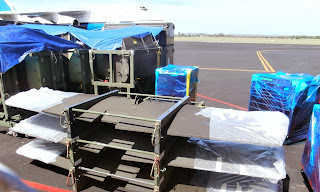 A source indicates that RA-82068 is due to touch down at Rockhampton between 2pm and 3pm this afternoon.  It is due to then load and transport equipment, along with the two Republic of Singapore Air Force (RSAF) Boeing CH-47SD Chinook helicopters that have been at Rocky in support of the Singapore Armed Force's Exercise Wallaby 2013. 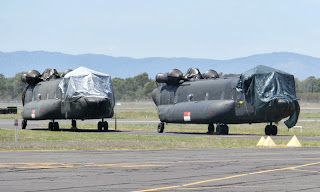 This post also gives me the opportunity to share some images that local plane spotters and aviation enthusiasts have sent through of the Antonov's visit to Rockhampton late last week. 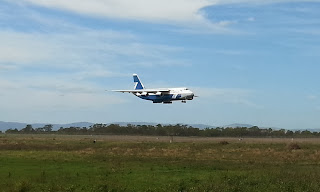 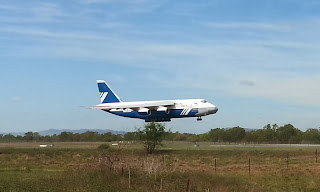 By all accounts the arrival of massive freighter was highly welcomed, and its scheduled return today will no doubt be treated with the same amount of excitement!

Thanks to the local spotters for all their contributions of photos and information over the last few days!  Cheers guys!