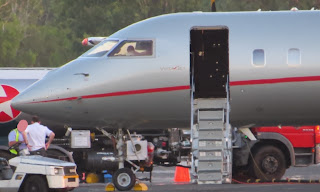 OE-LGX touched down just before sunset from Hamilton Island, flying as "VistaJet 674".

It was parked in front of the Rockhampton Airport Air Traffic Control Tower.

Local spotters were most taken by the stunning artwork on the tail of the Global Express. 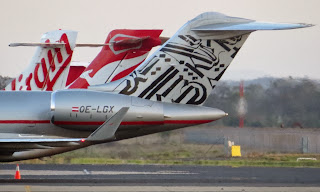 Sincere thanks to those fortunate Rockhampton plane spotters - Kayanne H, Travis W and Don W - who were lucky enough to capture these images of such an exotic movement into Rocky!