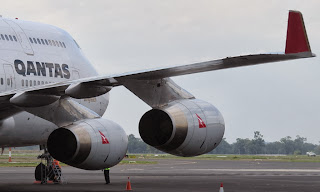 In what was a real treat for local plane spotters and the community alike, Qantas Boeing B747-400 VH-OJI returned to Rockhampton Airport during the afternoon of Saturday 30 November as QFA6026 direct from Singapore (Changi) Airport. 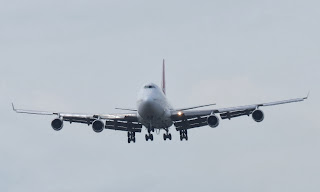 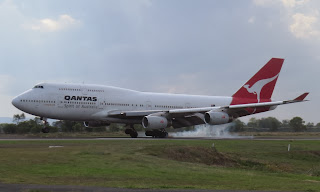 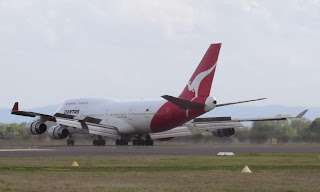 Rockhampton plane spotter 'IAD' was one of a few locals who were at the Airport to capture the arrival of the jumbo - which was parked on Gate 6 at the Southern end of the Rockhampton Airport apron. 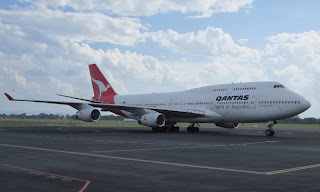 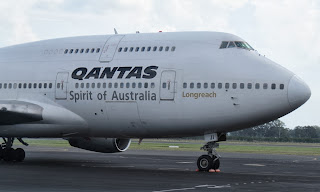 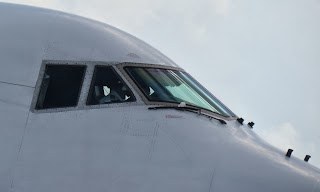 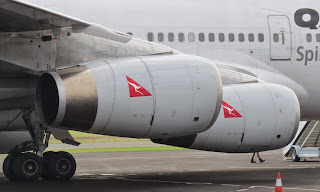 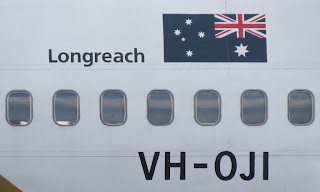 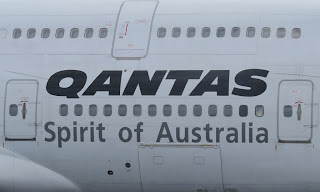 During the remainder of the afternoon, and then in the evening, VH-OJI was loaded up with troops and cargo, before it departed back to Singapore as QFA6031. 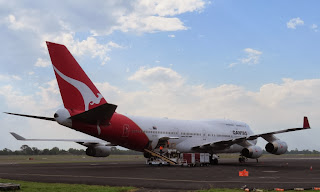 The departure of VH-OJI from Rockhampton late on Saturday marks the end of the heavy jet passenger charters in support of the Singapore Armed Force's Exercise Wallaby 2013.

It is still expected however, that the Polet Antonov AN-124 RA-82068 will make one final visit to Rockhampton some time during this coming week to collect the final two Republic of Singapore Air Force (RSAF) Boeing CH-47SD Chinook helicopters which have been prepared for departure - as shown in the Blog post below.

Thanks to 'IAD' for the great photos of the jumbo!