Over the course of the week, I have received numerous text messages and Facebook messages from local plane spotters and enthusiasts alike who have spotted various Royal Australian Air Force (RAAF) aircraft either flying into Rockhampton or performing missed approaches into Rockhampton Airport. 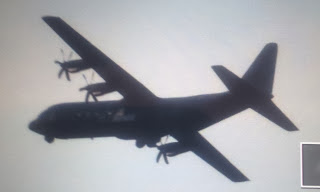 On Thursday 5 December, a RAAF Boeing C-17A Globemaster III - possibly A41-207 flying as "Stallion 12" - was spotted conducting a missed approach onto Rockhampton's Runway 33. 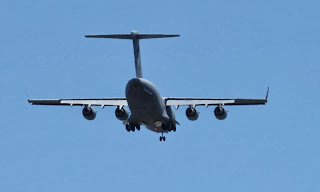 It is believed the Hercs are based in Townsville where a RAAF Exercise is currently underway.

Thanks to the Rocky spotters for all their help this week!